In our everyday life tons of carbon is being produced by us which added into the atmosphere. In 1896, it was first stated by a Swedish scientist named, Svante Arrhenius who said that using fossil fuels could lead to global warming. Since Industrial Revolution, we have started using fossil fuels as a source of energy and have done enough damage to the globe. The carbon emission we do today, its effect will remain at least another hundred there in the atmosphere.

This issue became a very hot topic over the course of the last few decades. Today there has been a general shift towards the environmental awareness and the sources of energy which are coming under close scrutiny. This gave to the rise of various alternative sources of energy. To use fossil fuels as a source of energy, there are various problems linked with it. Beneath the surface of the earth, millions of years took by animals and plant matter to get decay, compress and then turning into fossil fuels. The rate at which we use fossil fuels, it cannot be generated at that same rate and very soon will run out of fossil fuels.

The consequences are quite devastating to use fossil fuels as a source of energy. Scientists have also have linked it with the greenhouse gas emission, climate change and global warming that are leading to more serious problems such as melting of polar ice caps, depletion of various natural resources, rising of sea level, extinction of wild animals throughout the world and changes in vegetation habitat.

We have realised that with the advancement of Science and technology, we no longer need to burn fossil fuels for supplying power in our houses, factories and automobiles. We are having sources which are renewable and sustainable and here, are few alternative sources of fossil fuels which are infinite and green.

Some Of The Best Alternatives Of Fossil Fuels

Like any other forms of natural gas, hydrogen is considered as a clean burning fuel because warm air and water vapour are emitted by its cells when it is used.

The main problem with hydrogen gas is that it is basically derived from the use of fossil fuels and natural gas. It is also argued about emissions created for extracting this gas counteract the advantages of its use.

Most of the industries use the method of natural gas to produce Hydrogen gas, however, electrolysis for splitting water into Oxygen and hydrogen to make hydrogen gas could be a solution for its emission problem. Though various researches are being continued for making this more cost-effective and efficient, obtaining hydrogen through electrolysis was ranked below the various mentioned methods.

Wind energy is a clean and renewable source of energy which is available throughout the whole world and this sector is really making steady progress. The only problem faced while generating this kind of energy is setting up big Towers for mounting the turbines for harnessing wind energy. But it is no longer needed nowadays because of the advancement in Science and technology.

Nowadays without using any Towers, wind turbines that are being developed can be mounted very effortlessly. Various other devices are also developed which can catch low waves by staying low or can also be mounted on a balloon.

Wind energy is basically generated when you expose the blades of windmill to wind forces and that begins to rotate the turbines and convert the kinetic energy present in the wind to mechanical energy and that powers the generator for creating electricity. A lot of open space is very much necessary for generating electricity through wind energy because the wind turbines can stand up to 328 feet tall and even higher than that.

Generation of energy from the ocean tides and currents is a very common process throughout the world and it is used for generating renewable sources of energy. The technology used for generating power from ocean currents and tides is very much similar to the wind turbines. There are various submerged turbines and floating devices which rotates and moves up and down along with the ocean currents. By using dynamos, the kinetic energy then gets converted to electrical energy.

Tides do not have any limitations like the sun or wind because they are constant. The only one problem linked with generating tidal energy is that one must stay close to a coastal area for harnessing energy from the ocean waves.

Solar panels are considered one of the most commonly used alternative sources of renewable fossil fuels. For converting sunlight into a renewable source of energy and for using it in our home, solar photovoltaic panels are used. By installing the solar panels in your rooftop you can easily turn your own home into a clean source of energy and also eliminating electricity bills which adds equity to your home also helps you in saving more money.

The solar panels that are installed nowadays are much more energy efficient, cheaper and can be installed very easily than before. It is expected that the solar panels will improve a lot more over the next few decades. Currently, solar cells are becoming flexible and inexpensive because common salt is being used instead of silicon in solar cells. The current photoelectric cells are having a lot of room for their improvement and also found very promising.

One must have heard or seen devices that are being used for harnessing energy from the human body. Electronic gadgets that are used for generating energy such as calculators, mobile phones and remote control which are designed in a way for drawing energy from human beings and they also recharge their batteries to work.

Our future mobile phone will get charged from our body heat while staying in your pocket, movements in our bag or from our fingertips while moving fingers across the screen.

In this way these tiny electronics devices, by drawing the energy from our body movements they hardness their own energy for running the devices.

Among the most abundant forms of renewable sources of energy nuclear power is at the top list. In terms of efficiency and emission, it helped in creating a number of direct benefits that boosted the economy by creating jobs in operation and in power plants. From the nuclei of atoms through the process of nuclear reactions, nuclear power plants generally extract energy by converting them into electrical energy. Read more about the relationship between Nuclear power and environment.

Various new technologies have been developed for safe nuclear reactors, which are also highly efficient. Nuclear power plants in the future might become safer than before, producing less waste and being more efficient than before. Though nuclear power is a very popular way of harnessing clean electricity, they use a very rare type of Uranium which is U-235, so it becomes a debatable topic for the inclusion of nuclear power as a renewable source of energy.

This kind of energy can be used for various purposes like heating homes, turning water into a stream, used in heating water and turning turbines for generating electrical energy. This source of power is having huge potential and does hardly any disruption to the land. The heavy upfront cost of creating the power plants led to slower its adoption than that was expected for a fuel source with so much of benefits.

Bio-fuels mostly draws its energy from biological beings and that energy is derived through a process which is known as biological carbon fixation. They are very much similar to fossil fuels and the only difference between them is biological organisms need more time for turning into fossil fuels.

It generally takes some months or years in a biofuel, for its fixation to occur but the fixation occurs in fossil fuels over millions or thousands of years. The energy content in biodiesel is about 90% of the petroleum diesel and it also burns a lot cleaner than any other fossil fuels.

It is another great fossil fuel alternative energy from flowing water that is being used by hydroelectric power generating electricity by trapping water in a dam and reservoir. By releasing the flow of water which rotates a turbine, in turn, that Powers a generator for creating electricity. It is a form of clean energy source which is also cheap and costs only about 3 cents per kilowatt-hour for operating hydroelectric power.

With the rise of fossil fuels, the use of hydrolytic methods declined because they were the earliest methods for generating energy. Despite all these reasons, they still produce approximately about 7% of the energy in the United States. There are multiple benefits attached to using hydroelectric energy which is not only a clean source of energy but also creates less pollution or any myriad issues that basically arises from it. It is also an affordable renewable source of energy.

Fossil fuels alternative Biomass energy comes in a variety of forms. For generating heat from thousands of years ago, burning wood was only used but some recent advancement in technology has seen the wastes that are in landfills and alcoholic products are also used for similar purposes. The heat generated by focusing on burning wood is almost similar to that of a central heating system. The cost involved in it becomes lower and the quantity of carbon released with this kind of fuel falls below the amount that is released by fossil fuels.

Right now one might find using fossil fuels very cheap but that doesn’t mean we should not think to develop new technology or doing any more research. Fossil fuels can become very expensive commodity in the long run for us to use. Today we can easily buy gas at a very cheap price at the gas station, however, we should also be ready to pay the damage done to the atmosphere; the devastating effect on the climatic and the way it is affecting our health.

We will be excited to see any innovative developments in fossil fuels throughout the whole world that will make us less dependent on fossil fuels in our everyday life. Let us know if you any of them… 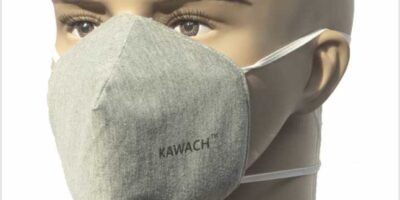 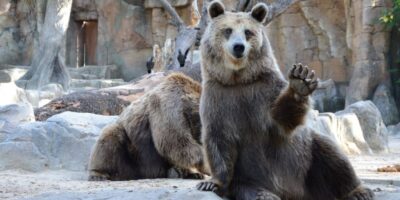