Here are few best Alternatives for Raspberry Pi those can be considered as good competitors in single board computers category.

The era of Project Development Boards and Single Board Computers (SBC) is here. If maybe a college student or a High-school student, if you are looking for some cool science project ideas related to Electronics, Electrical or Cybernetics or IT Automation or even IOT (Internet of things), then you must consider Raspberry Pi as an SBC or as a Development board in your project Engineering.

To stay successful at the competitive market Raspberry also updated them, they launched multiple version even their own Linux based OS. When the people started being curious about SBCs and modern Project Development Board or platforms where the hunt for cheaper and better option started. Now apart from Raspberry Pi there many more alternative products available on the market. You can choose any of them but you should understand the capability of the product and your need for the product to choose the right one.

In this article, we will be talking about a couple of popular, affordable and dependable Project Development Board and SBCs along with their range of use, hardware specification and price.

Orange Pi came into the market at Jan 2015 and in a very short time, it became one of the toughest competitors and one of the best alternatives to Raspberry Pi. Though the price tag is little higher than Raspberry pi, the hardware specification they provide in this price range dissolves any negative mark upcoming. But if you buy Orange Pi Prime from Aliexpress.com the product may come cheaper.

From a company called Roboshop Banana Pi came to market in April 2016. Banana Pi mainly sold by Roboshop itself by some partners of them like AliExpress, Alibaba, etc., though you can try to find the product on Amazon. Banana Pi is also a dependable full-fledged SBC, which even comes with the SATA connectivity interface. It can be used as a Raspberry Pi alternative but with a higher price but also with more powerful hardware specs than Raspberry Pi 3b+.

A wonderful product from Shenzhen Libre Technology Co. Ltd. Libre Computer is made for open source projects, and it also boasts on using Libre software products which are also free and open source pro-level apps. Though Libre Computer Project Board is much higher in cost when we compare it with Raspberry Pi, as it costs around double of Raspberry. But the hardware specs Libre provided along with their renowned customer service and huge user community support, this product worth every penny. Though we are calling it costly, it cost around just an entry-level motherboard of a normal PC, while it is a full-fledged pc on its own.

First Odroid project development board came into the market at 2009, but as I said earlier that time, they were not able to crack the market. Years after years they kept developing their product and now, they have products like Odroid-XU4, Odroid-C2, Odroid-H2 etc. Since 2015 Odroid came into the business with new face which brought them huge success. These products are quite good as SBC Pc usage and also project development board.

This one comes from one of the most popular computer boards (Motherboard and GPU boards) of the world. So as per the quality, they are providing you best of class equipment. The price tag, again higher than Raspberry Pi, but provides much more hardware boost than Raspberry Pi. It is a very balanced choice for all-rounder SBC jobs like basic computing, learning about SBCs and making projects etc.

While talking about Project Development Boards, Arduino is the most obvious name which has to come up in everyone’s mind, but I held this one for this long as in this article we are talking about the Raspberry Pi alternatives, while Arduino being a semi-SBC is not a full-fledged computer, hence not a pure alternative of Raspberry Pi at all.

If you are interested in more alternative products like Arduino then we will discuss its other article for sure. Here are the basic specifications of Arduino boards,

Arduino can be programmed via any Win, Linux, Mac, Android or iOS device via only using the Arduino IDE application. New learners can look for the preloaded ready-made programming within the application and many more example programs on the Arduino website to learn and practice, so just plug in your Arduino and have some practice. You have to learn the specific language of Arduino to code in Arduino IDE. I am an Arduino user and enthusiast both, and according to my practising programming skills with real-life output with an Arduino and making cool projects with those codes is the best pass time anyone could have.

If you are looking for the best raspberry pi alternatives that run windows smoothly, this one and the costliest SBC on the market. If you are looking for very serious level robotics or automation project which requires the best SBC performance, there you can use it. Else if you want to have a powerful pc for all round usages just by using an SBC only, there you can go for this Product. It is 5-6 times costlier than a Raspberry Pi, so I do not like to call it a Project development board, while it is actually a computer via all means. LattePanda is also not much older product as it was launched in 2018 and it has latest hardware parts within it.

I put this most powerful SBC of all at the last no just for the price factor, as in project development cost is always a big factor and also just for the sake of practice and learning LattePanda Alpha just do not worth it. Go for LattePanda Alpha while you are adamant to go for this one only as on this price range you may buy a new Laptop from Amazon. 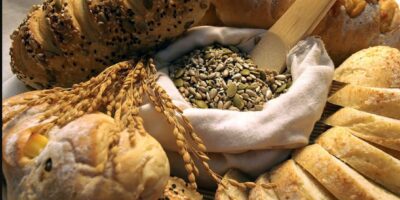 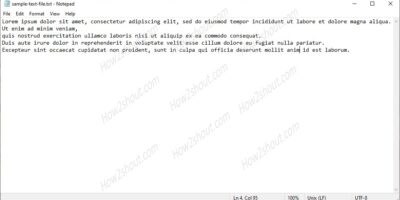