While someone is considering about anew mechanical keyboard for the first time, he or she may be worried about the quality of the product or the usability of the product. As mechanical keyboards are known to be user dependent performance giver. Actually, it is true that the productivity of mechanical keyboards depends on the user, as for how the person types on the keyboard or in what kind of game the keyboard is being used. Even if some experienced user is about to buy one more keyboard, then also that person needs to know that which is the best in the market. To understand the particular need of any person, he or she should know about the mechanical switches first and to do that anyone can read our other article about the Different Types of Mechanical Keyboard switches.

To end up the confusion about the best mechanical keyboard available in the market for any kind of user and for all-around use, here we submit an unbiased list with an overview and basic review of Five top & best Mechanical keyboards below. 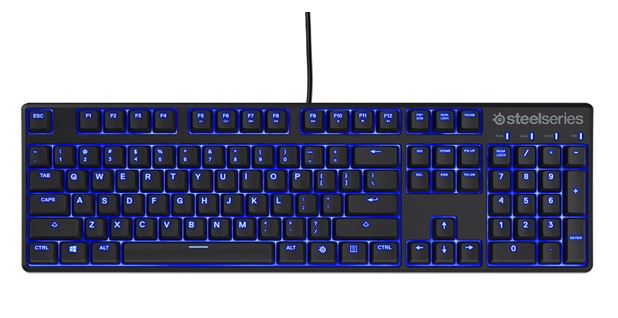 Pros – It has very minimal resistant keys and a low actuation force needed of 45g only
Cons – As it has less tactile feedback, it may concern many typists, as enthusiast typists like to get more tactile keyboard.

Switch used – Cherry MX Red
Price – $130 – $140
Our Opinion – Though it is one of our top five keyboards in the selection, it is not the best option for most typists. But, there are many typists also who usually like quite keyboard while working, and Cherry MX switches of this keyboard just deliver that. So, any person with a need for a quite fast paced working keyboard can actually go for easily.

Recommended For – The Pro and Enthusiast gamers who like low resistance key with for the fast action in the gameplay.

Pros – Both of the keyboards are well equipped for fast-paced gaming along with the low resistance keys and linear behavior this keyboard got a really low actuation point of 1.2mm only, which makes it faster than almost any other keyboard. It is a quite keyboard which makes almost no noise while typing. Included Wrist rest are a plus point for these keyboards, which are really useful for the gamers.
Cons – Because of the low actuation force some users may face the problem of accidental key pressing.
Switch used – Cherry MX Speed (Both of the keyboards)
Price – $200 – $250 (K95 is a little higher in price)

Our Opinion – These keyboards are meant for gaming. These keyboards can be used for very high paced typing also, as they got very low actuation force due the MX Speed switches, with a little bit of a practice anyone can overcome the problem of wrong key pressing in these keyboards.
Recommended For – Gamers and typists both, especially the typists who need the lowest actuation force with the lightest tactile feeling.

Pros – Thanks to the built of Romer-G switches both of these keyboards are very balanced as they have medium Actuation point of 1.5mm and the low actuation force of 45g only which makes these keyboards the perfect companion for any enthusiast typist. The Numpad less design of the G410 is the perfect thing for any gamer’s desk.
Cons – Light tactile feedback can be an annoying thing for some typists who do rely on the tactility of the keyboard to be sure of their key pressing.
Switch used – Romer-G (Custom-made switches by Logitech)
Price – $60 for K840 & $140 for G410
Our Opinion – The Romer-G switches are made to overcome the flaws of other mechanical switches, so if someone is about to try the first mechanical keyboard, getting one of these two can be a good idea. For the old mech-keyboard users, if one has not found out the best mechanical switches for him yet, these Romer-G switches is the perfect thing for them for sure. The Numpad less design is very good for handling in case of pro gamers.
Recommended For – Professional Typists, Programmers And for any Gamers

Pros – The MX Brown switches which are been used in both of these keyboards are the best mechanical switches according to any expert or users. These keyboards are the best choice for all round users. Very good for fast-paced gaming and an excellent choice for speed typing. The clear tactile feedback is present in these keyboards. The price is also a plus-point for the CM MasterKeys as this is really a premium quality keyboard at this price range.
Cons – According to the users and experts none, but the price of the Das Prime may be a drawback as compare to the CM MasterKeys. No wrist rest included in the package for both of the products.
Switch used – Cherry MX Brown
Price – $95 for the CM MasterKeys & $200 for Das Prime
Our Opinion – These keyboards are the perfect choice for first time mech-keyboard users. Whatever your need is from a keyboard, any of these two can do the job for you.
Recommended For – Gamers and Typists both without any hesitation. The good tactile feedback makes these two keyboard anyone’s cup of tea. 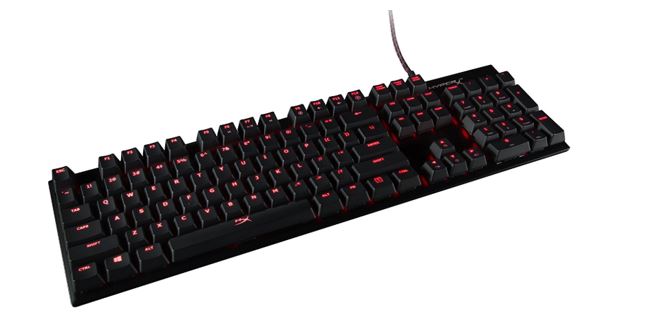 Pros – This keyboard is one of the best keyboards in the line of Mechanical Keyboards. The MX Brown switches are made for everyone. The medium Tactile feedback with an actuation force of 45g gives anyone a premium feel while typing. The low actuation point of 2mm with the Non-clicky tactile feedback makes it a good choice for gamers. Additional Textured Keycaps for gaming is available in the package. USB charging port is included which is a plus.
Cons – There are other keyboards with the same type of switches are available at a cheaper price which gives it a little competitive disadvantage in the market. No wrist rest included in the package.
Switch used – Cherry MX Brown
Price – $130
Our Opinion – This keyboard is the best choice for any pro or enthusiast gamer according to the aesthetics and performance of the keyboard. Getting a good quality wrist rest to use it along with would be a good idea. For any fast-paced typist or ethical typist, this keyboard is a great choice because of its non-clicky tactile feedback and light actuation force.
Recommended For – The gamers and the typists who are looking for the best quality keyboard within $130.

The MX Brown switches the best mechanical switches so far, and if somehow someone is unsatisfied with those switches Romer-G switches are the perfect one for him. So, if any brand is offering a keyboard with one of those switches along with a good built quality, Good Backlighting or RGB lighting and a wrist rest included in the package within the price range of $100 can be the best to buy.

How to install and use WhatsApp Messenger on PC, with an Android emulator

Which is the best Mechanical keyboard switch or keycap

Why Mechanical Keyboards are the best?