Text editors are available abundantly on the internet, and you can use any one or many of them to suit your needs. Among the third-party text editors available for different platforms, Notepad++ is the most popular text editing application used by a majority of users across the world. Notepad++ is suited for different classes of users ranging from coders and developers to general end users. The best part is, it is cross-platform, and you can use it on all platforms you can think of. While it is easy to get hands-on Notepad++ if you are on Windows, but using it on Linux (Ubuntu/Linux Mint/Fedora…) isn’t that straightforward.

Just like the process of installation of other Linux programs and packages, you will have to play around with the Linux Terminal before you can lay your hands down on Notepad++ on Linux. Notepad++ can be installed on almost all the Linux distributions you can think of, but I will discuss how you can install Notepad++ on Ubuntu. No worries, if you are in love with a different distribution. The steps are going to be similar for all the distributions, and you can use Notepad++ in its full glory with a similar user interface as you can get it on a Windows computer.

The process of Notepad++ installation performed on Ubuntu, however, it will be the same for Linux Mint, Debian and Elementary OS.

The latest operating system on Ubuntu such as 18.04/19.04 comes with SNAP pre-installed but for old Ubuntu, Linux Mint and Debian you need to install Snapd.

To install snap on OS the command.

To get Notepad++, your Linux distribution should be configured to be able to download apps from the Snapcraft Store and I hope using above command you already did that.  I am using Ubuntu 19.04, which comes pre-installed with Snapcraft.

Once you are ready to download and install apps from the Snapcraft sure, open a Linux Terminal to type in the following command and finally hit the enter key.

Once the installation is complete, open the Apps section and search for Notepad++. Just click on the icon to open it.

If you can find it, I will recommend you to restart your computer once, and you should now find Notepad++.

You will instantly feel all home with the usual user interface of Notepad++. 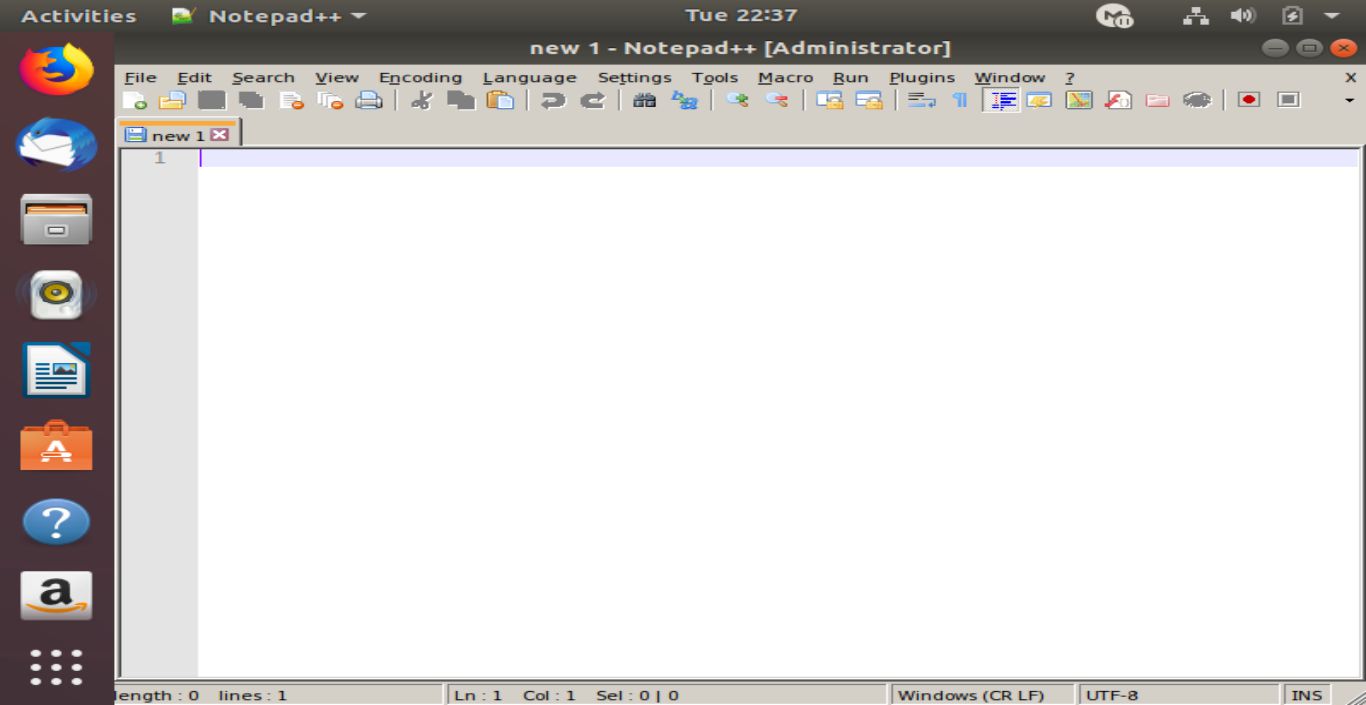 You can find all the tools and functionalities of Notepad++ on Linux now.

The above command will update all the apps downloaded from the Snapcraft Store. Notepad++ will require Wine to run, and Wine will be updated when you will run Notepad++ on your Linux distribution for the first time.

Just in case you don’t want to download apps from other repositories, you can see How to install Notepadqq on Linux?, which is the closest alternative to Notepad++ available exclusively for Linux and can be downloaded from the apt repository.

So that was all about how you can install Notepad++ on Linux. Do you still have any questions? Feel free to comment the same down below.

How to install Windows Terminal on Windows 10 from Microsoft Store