Contents show
Who needs to set Cyber Honeypot? Learn to Setup Honeypot
Facts about Honeypots
Honeypot Perquisites
How to download and start Pentbox
How to run Pentbox
Activate the HoneyPot on your Kali Linux
Test Honeypot is working or not
Honeypot for some specific port number

Who needs to set Cyber Honeypot? Learn to Setup Honeypot

Now whether you are a student of Ethical hacking or a professional white-hat hacker, you must learn how to setup Honeypots to lure away the potential attacker to protect your targeted system or website or server. Also, if you have just started hacking or cybersecurity learning this trick will clear the Honeypot on Kali Linux concept while increasing knowledge.

In this article I am going to show you how using the combination of Kali Linux and Pentbox, anyone can have a Honeypot set up, ready to go in minutes.

Note: If you don’t have ruby then install that first before running the Pentbox script:

Activate the HoneyPot on your Kali Linux

After issuing the command, the user would be greeted by a menu on the terminal window. From that menu, you have to select 2 (for Networking tools) and then select 3 for Honeypot, according to the figure below. 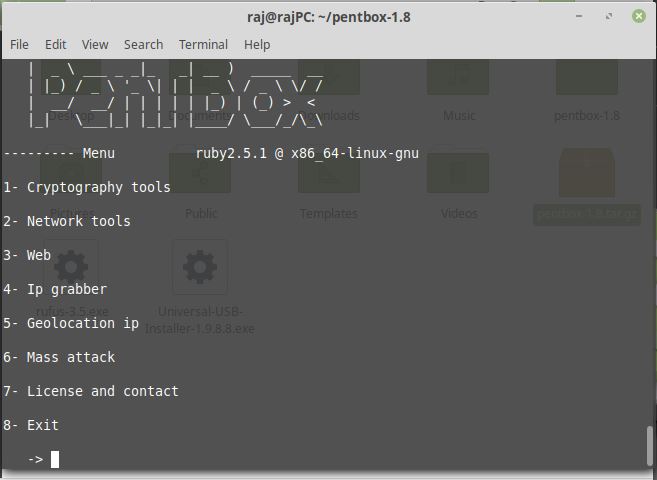 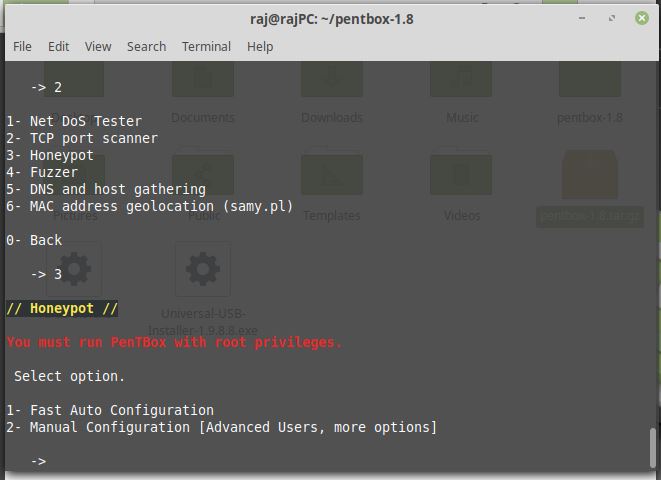 Now you have the next menu, here select 1 (for Fast Auto Configuration) and the honeypot listening on port 80 is launched. Like the image below: 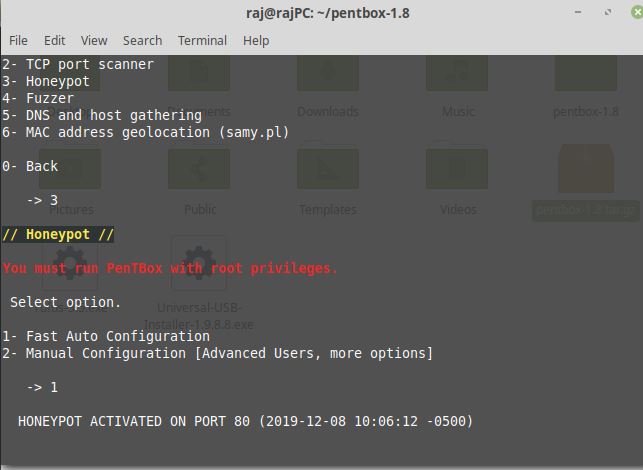 Test Honeypot is working or not

Now you have to open a web browser on another PC (2nd PC or virtual machine must be connected to the same network as the Honeypot you are setting up) and you have to point it towards http://SERVER_IP (where SERVER_IP is the IP address of Honeypot Kali machine). You will be stopped by an “Access Denied” message on the webpage. 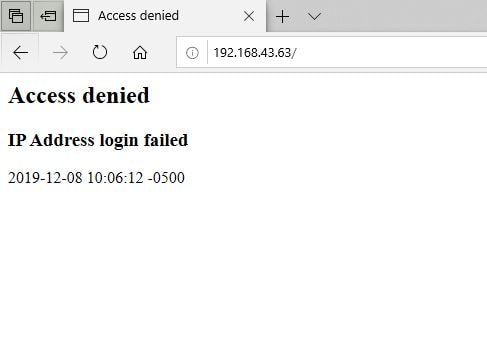 Now you have to go back to the Kali Linux terminal window of the Honeypot PC and you would be able to see that the Honeypot picked up the requested connection from the 2nd Consider the below pic. 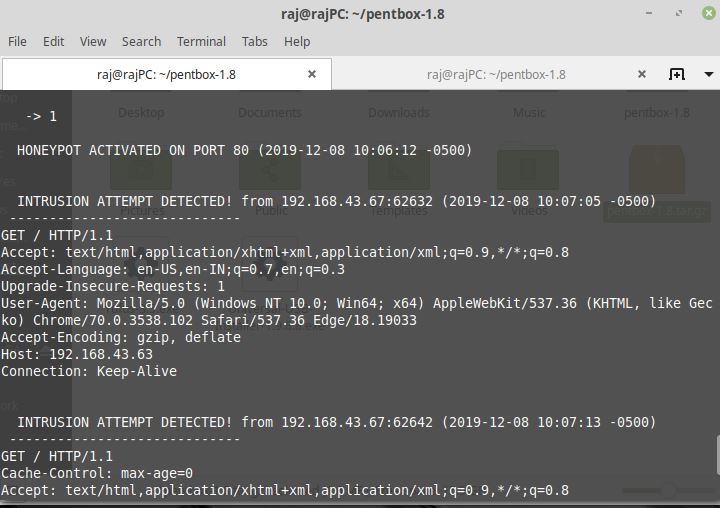 Honeypot for some specific port number

Now to launch any specific instance, we have to launch a Honeypot in manual mode. Let us assume you are facing trouble with cyber-attacks on SSH. Then you have to deploy Pentbox such that it’s would listen to port 22. Thus, to tackle this, stop the running honeypot using ctirl+c and again run the Pentbox script and then again Network Tools->Honeypot and this time instead of selecting Fast Auto configuration mode go for  Manual COnfiguration [Advanced Users, more options].

Try to access SSH port of Kali Linux from any other computer, you will get a beep, message of intrusion of command screen as well as details in the log file. 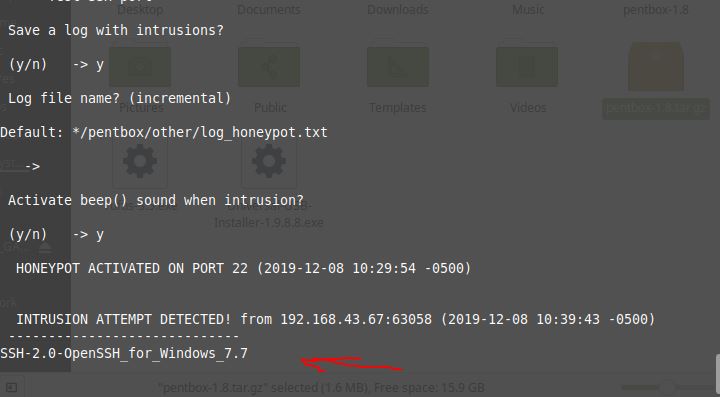 In the above pic, you can see, Pentbox is giving the alert message as well as detecting the originating IP address. Though the attacker may have used some IP address bouncer or masked IP address, the system on Pentbox does its job by reporting the initiator IP address only. In case of a masked IP user, you may have to take other means to detect the attacker. Congratulation, on the deployment of your fist honeypot, you are now one step closer to become a White hat cybersecurity expert.

How to enable Peek & fire firing mode on PUBG Mobile