Since I started learning about computers I have heard many experienced users saying Linux is impenetrable, Linux offers the best security, and such. It is partly true that Linux offers various security measures which mitigate attacks and stop hackers from breaching your system network. But you should also understand that just by deploying Linux on your server or PC you are not done yet, you have to configure all the necessary tools and apps. As the security features are not enabled by default, and if you are scared of network breaches and security leaks, then this should be the first thing you should be doing after installing the Linux OS.

Remember your security system always depends on the tools you use, it’s the tools’ features that sniff out any malware in the system, prevent security breaches from happening, and find out vulnerabilities to deploy countermeasures. In short, the cybersecurity for a network or terminal is based on the tools, not on the default security measures of the OS.

In this article, I am going to discuss the top 10 tools to look at to ensure the safety of your Linux data server and local PCs. The best part is all the tools & apps listed below are 100% free and open-source. To use these tools you just need to be an enthusiast Linux user. However, if you are new to Linux even then also you can set up and configure these tools easily. 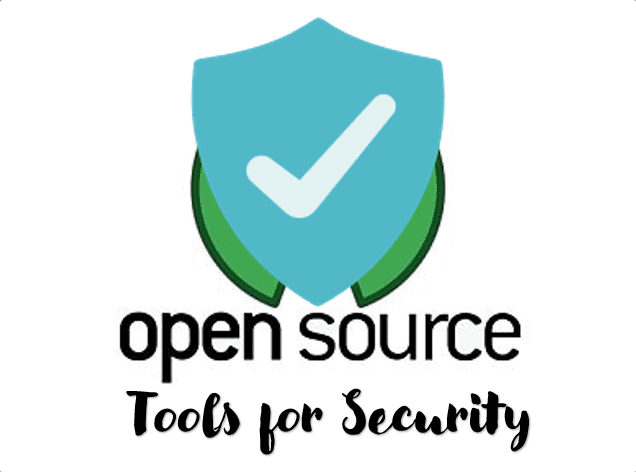 An antivirus application comes first to the list when we talk about cybersecurity at any scale on any platform. Virus and Malware are the biggest threats to any computer system, and to stop them every admin should deploy a reliable and robust antivirus application. ClamAV is just that, it is robust, reliable, performance-oriented, and well optimized. On the other hand, ClamAV is free to use and also an open-source application that features a strong anti-malware engine that specializes in countering Linux-based viruses and malware.

The main drawback of CalmAV is it requires the user to be conversant with the Linux Command line operations, but don’t worry, as there are hundreds of tutorials available on YouTube for this. Because ClamAV is an open-source application, that’s why click and install the type of features that are not available with it, but if you are a Linux enthusiast then the manual configuration is fun for you. The main application comes with malware scan & virus scan features, online security tools, and all other basic features like system scan, auto scan on download, quarantine vaults, etc. See: How to Install ClamAV on Rocky Linux 8 | AlmaLinu | CentOS 8

If you want to scan vulnerabilities in a network, Nmap is a good option for you. Using Nmap you not only can detect the network vulnerabilities, but you can also discover available hosts, examine connected external devices, detect local security issues in the system, and also can identify open ports. Using Nmap you can get a clear picture of your Linux server’s situation, using which you can determine what to do next, and how to launch the countermeasures.

Nmap is frequently used by experts and even organizations, so you can rely on the goodwill of this tool. Nmap is a very popular tool when it comes to monitoring multiple complex networks connected with lots of external storage and devices. Nmap can analyze IP packets and cater to the admin with technical information on network devices. The best thing about Nmap, it is free and open-source, so all these security features come to your network for free. You will get tons of video tutorials on YouTube about Nmap config.

OpenVAS is another great freeware tool that is used to assess the vulnerability of any Linux system. OpenVAS is a hosted system greatly used for scanning and managing such hosted systems on Linux network servers. OpenVAS is meant for businesses of all scales and can scan any Linux-based infrastructure. In the beginning, OpenVAS was known as GNessUs, later it got rebranded as OpenVAS. OpenVAS is a great choice for cross-platform networks, as it was designed as a cross-platform vulnerability scanner.

OpenVAS receives regular updates almost once every 24 hours which keeps the database of the app up to date. The updates are received on Network Vulnerability Testing Base (NVT), and OpenVAS has more than 50,000 NVTs at the present date. Though OpenVAS is not an open-source application, under the GNU GPL license, it is freeware. OpenVAS can also be used for self-contained virtual machines for “safe malware research” purposes.

Snort is directly an Intrusion Prevention Tool (IPS/IPT) for both Linux and Windows computers. Snort analyzes the real-time traffic using packet sniffers. So using Snort you can allow network traffic debugging and prevent intrusions into the network. Whenever a malicious packet enters the system the admin is notified immediately to deploy countermeasures.

Snort is free to & use an open-source app that can be used for both personal and business purposes. Any Linux admin must deploy Snort as an Intrusion Prevention tool due to its strong set of rules and algorithms, which scans and detects any malicious network activity within seconds.

Lynis is meant for expert Linux users and admins. Lynisis a great security tool for Linux systems, it also works on macOS and Unix systems. Lynis is an open-source application and free to use under the GPL license for all businesses and individuals.

Lynis can detect security loopholes, like open port, malicious device inputs, rootkit presence, configuration flaws, registry errors, and more. The best part of Lynis is, it not only detects the problems but suggests solutions and corrections also. To get a detailed auditing report, admins must run Lynis on the host system, and this way Lynis works at its best.

Another great thing about Lynis is, you don’t need to install Lynis on your Local system or network. You run it just after extracting the package. Search on GitHub for the latest versions and make sure you read the documentation to understand the operations of Lynis. Lynis works outstandingly in both individual and enterprise level usages.

For Linux-based network administration, network protocol analyzing tools are very important. Wireshark is an open-source & free-to-use tool for this purpose. Using Wireshark admin can keep an eye on the live data packet contents in real-time, and can also keep a record of the same for later evaluation. With this feature, Wireshark is a very unique tool as a Linux Packet Analyzer, but to evaluate all the data and ensure security you need to have some skill on the subject.

Wireshark has a huge number of users and is supported by a global community of Linux users and open-source developers. Wireshark receives regular updates on the algorithm and protocols due to the active open-source developers and engineers. The encryption methodology keeps updating with each new update patch. Wireshark is rich in features and recommended by most cybersecurity experts worldwide. To use Wireshark properly you might need to develop some advanced skills in the network and cybersecurity segment.

Nessus is a powerful program that can detect vulnerabilities in the network and endpoints. It offers an HTML5-based interface and support for Android, iOS, and Windows. Nessus is a proprietary tool that is also available in free edition and the main task of this tool is to scan and find vulnerabilities in systems and networks. Such as unauthorized access, weak passwords, loopholes that can cause DDOS attacks, missing patches, etc. It is developed and maintained by Tenable. The vulnerability scanner platform can save the scan results in various formats such as plain text, XML, HTML, and LaTeX.

The best thing it is available to install for both Windows, Linux, macOS, and FreeBSD. It also supports configuration and compliance audits, SCADA audits, and PCI compliance. Apart from the free edition that can be used to scan up to 16 IPS and is suitable for personal or learning purposes, Pro editions are also available with starting price of $2,990/year. Read more: How to install Nessus Scanner on Debian and Ubuntu.

The Burp Suite is a network analysis tool kit for testing web applications. It contains the Burp Proxy, which intercepts the HTTP / HTTPS traffic and modifies the HTTP headers before the data is forwarded to the server.

The scanner functionality consists of two steps. First, the content of the web application (left, submitting forms) is crawled and a tree is created from the results. In the second phase (auditing), the results found and the data traffic exchanged up to that point are checked for weaknesses. Burp takes this step-by-step.

Passive: Here the normal inquiries and answers are examined
Light active: Additional, slightly modified requests are sent here and the behavior is examined
Medium active: In this step, targeted requests are made that are comparable to a targeted attack
Intrusive active: These requests are made in such a way that changes or damage to the web application must be expected
Java Script analysis: Here the client-side JavaScript is analyzed and checked for weak points

Its community edition also offers some essential tools such as Repeater, Decoder, Sequencer, and Comparer; including Burp Intruder (demo).

LMD is a renowned antivirus for Linux desktops and servers, which is mainly designed for neutralizing threats on hosted environments. Just like other antivirus tools, LMD uses a signature database to detect any malicious codes and activities. But LMD acts very quickly once it detects any malicious activity and terminates it with lightning-fast reflexes. To access LMD use the “maldet” command line, for setup & config follow the documentation. LMD is specifically engineered for Linux platforms and includes Linux terminals, workstations & Linux servers.

Unlike any other antivirus apps, LMD is not just limited to a signature database, it also uses the CalmAV’s database and also fetches data from Team Cymru’s databases, which enables LMD to stay updated and find even more critical malicious files. As LMD captures threat data from the network intrusion edge system, MLD is powered with the ability to generate new signatures for a newly detected unknown malware, which will strengthen the overall security for the whole users’ community. You can download LMD from GitHub directly and use it for free, for personal, testing, or enterprise-level use.

Performing comprehensive tests on servers regularly is necessary. Nikto is an open-source and free-to-use web server scanner for Linux networks. Nikto has many features packaged within a single application, including checking for outdated server versions, scanning for version-specific bugs in the system, pre-configured auto-pause/start, host authentication, NTLM, etc. Using Nikto you can “fish” for content on web servers using the Mutation feature and can spot the presence of multiple index files. You will get detailed documentation with Nikto, which will help you to set up the app step-by-step.

I have added the best open-source tools for the security of your Linux server, make sure to give each of the above a try. To ensure full security you must use multiple applications, to provide  360-degree protection to your server. If you think I have missed any worthy application on this segment, feel free to comment below.