Learn the commands to install Homebrew on Debian 11 Bullseye to install and manage various packages via “formulas” and “casks” on your Linux.

The homebrew was started by Max Howell. In 2009 the first version of Homebrew was released. To use it the user either has to be on Linux or Mac. However, using homebrew on Linux doesn’t make sense because all of them almost come with their package manager.

Nevertheless, Homebrew does several things, it can be used to install, uninstall and update software.

At Homebrew, a distinction is made between “formulas” and “casks”. Both of these can be installed, the difference is in the details. The formulas are packages for the terminal, something like python3 or node. The so-called casks are desktop applications such as Chrome or Discord.

The steps given below can also be used for Debian 10 Buster as well to install Homebrew. And make sure you have at least a non-root user to set up and use this package manager.

Use the Apt package manager of Debian to run the system command to refresh the repository cache and update installed packages as well.

If your system is minimal, then you might need to add some tools for downloading, installing, and running the Brew installation script on your Debian 11 Linux.

Next, we just need to use the curl tool to download the script and install the Homebrew package manager under your current User.

To make sure we will be able to use the Homebrew command regardless of the directory in which we are on Terminal, run the given command to add its folder path to our system path.

Before moving further, let’s first check whether the Brew command tool is working fine or not. Just run the Doctor command: 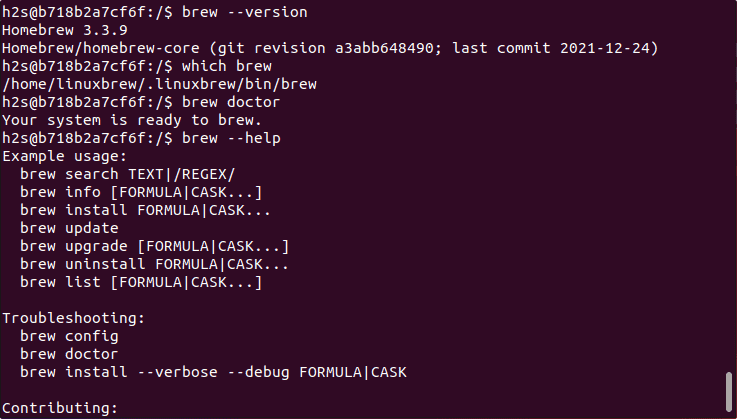 Script to Uninstall Brew from Debian 11 or 10

Well, if you didn’t like it or don’t need any more then use the below-given script to remove the brew from your Debian Linux system completely.

As we already have installed the Git tool in the beginning, now use the same to clone the Brew repository on your Debian system.

Add the cloned folder to the system path

To use the command of brew package manager without mentioning its folder path, again and again, add it to your system path.

Next, once run the command to ensure it is up to date.

Set permission for it

Now, adds write permission to the directory and all its contents where brew will save the data. 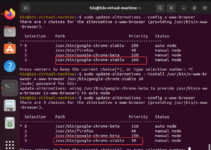