Go through this guide to learn the commands for installing open source Blender 3D software on Ubuntu 22.04 Jammy JellyFish Linux.

Blender is a free open-source 3D program that can be used to create 3D models, photorealistic images, and animations. We know such animations, for example, from films like Shrek or the Pixar productions Cars. Furthermore, Blender has a built-in game engine with which interactive content is possible and is fully programmable with Python.

Blender is licensed under the “General Public License”, which means, among other things, that anyone can use the program free of charge. Although Blender is free, it is very powerful and comprehensive. It doesn’t have to hide behind expensive commercial products. For a glimpse of what Blender can do, check out Sintel, the latest short film made with Blender.

This 3D graphics creator platform is constantly being developed by the Blender Foundation and a large community and the number of fans has continued to grow since the first release in 1998.

Blender is available for the common operating systems Windows, Linux, and Mac OS and can be downloaded from www.blender.org.

The steps given here will be similar for other Debian and Ubuntu-based Linux operating systems such as Linux Mint, POP_OS, MX Linux, and more…

The package we require to set up this open-source using the APT package manager can be obtained from Ubuntu’s official repo. Therefore, before moving forward, let’s once update the system that will also rebuild the repository cache.

Being an open-source and popular software Blender is already present in the Ubuntu official package repository. This makes the installation of this software pretty easy and straightforward. Just need to use the APT package manager.

Once the installation is completed, go to Application launcher and search for “Blender“. Soon you will have this Animation software icon, click the same to run it. 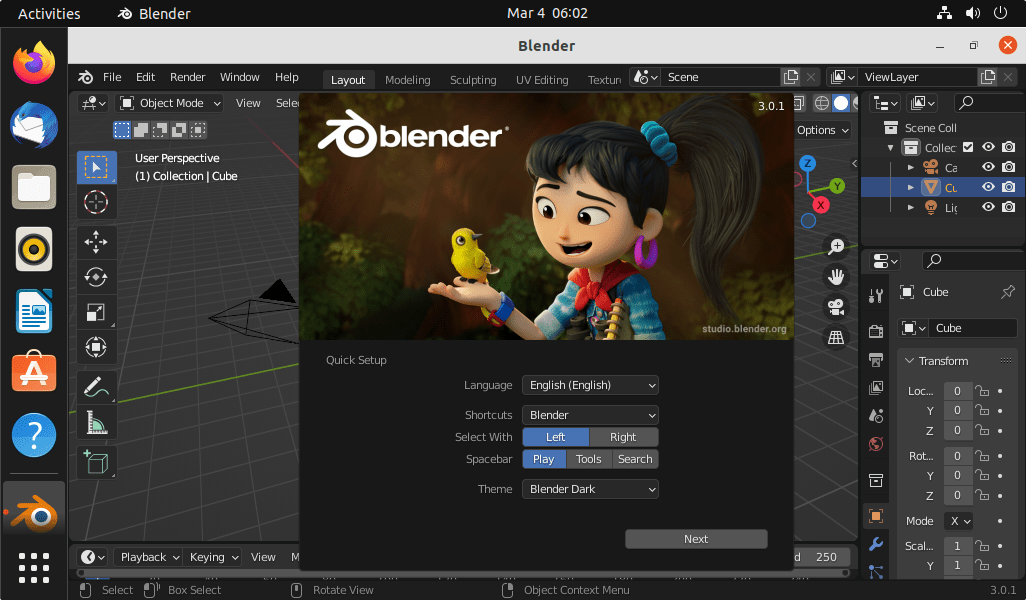 There is another way to install Blender that is using SNAP if the APT package manager is not working for you. Snap is enabled by default on all latest versions of Ubuntu. Therefore, we just need to follow the given command.

For updates in the future:

Well, those who are not familiar with the command line can go for a graphical interface – Ubuntu Software center to install all popular open-source software.

• Click on the Ubuntu Software icon given on the Dock.
• Search for Blender
• Select the software when appears and click on the “Install” button. 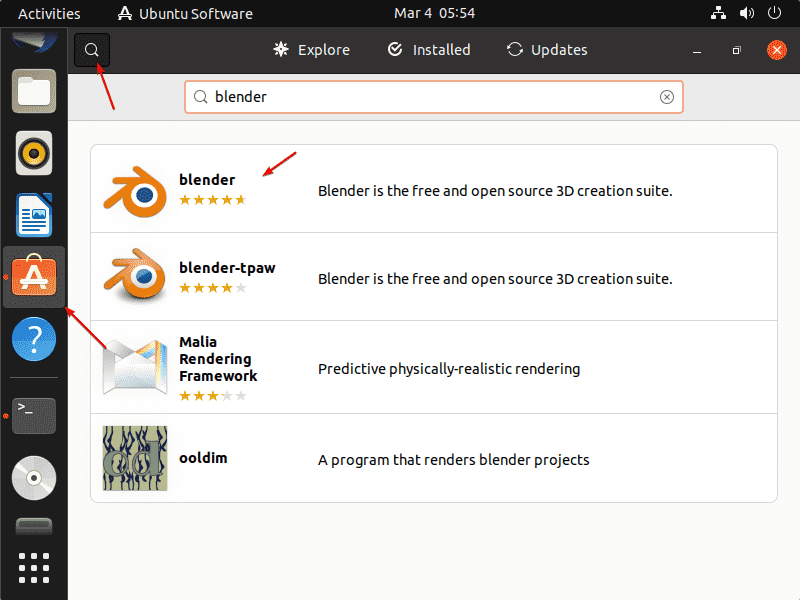 Due to some reason if you want to remove the Blender software, then follow the given steps: