Here we learn the commands to install and use Steam client’s latest version on Linux Mint based on Ubuntu or LDME Debian based to play games.

Steam software is the largest online distribution platform for computer games and is available for Windows, Linux, and macOS. Steam comes from developer Valve and has more than 100 million active users.

The online platform Steam is ostensibly a distribution platform for software, PC games, and series or movies. The platform is developed by the company Valve and has several million active accounts, according to its information

Even though it is available for Linux, that doesn’t mean all the games available on it can be played on Linux Distros. Only games that are originally published by the developers with Linux support can be. Yes, indeed as compared to Windows the numbers of the games are not much for Ubuntu or other Linux distributions but whatever is there yet a good source to satisfy the binge of gaming on open source platforms. The games are protected with DRM.

Steps to install Steam on Linux Mint or LDME

The given steps are not limited to Linux Mint and even can be used on other versions of Ubuntu or Debian-based operating systems such as MX Linux, and POP!_OS.

Well, if you are a user of Linux Mint or LDME then your first preference to install some software would be the Graphical user interface. Hence, let’s first use that to install the Steam client application. Click on the Linux Mint Start menu to open the Application launcher and there search for Software manager. As its icon appears, click to run the same. 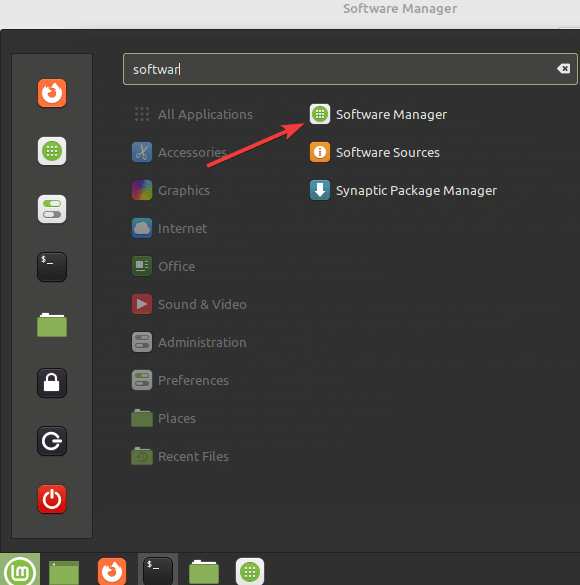 Once the software manager is opened, go to its search box and type Steam. Soon you will see it in the search results. 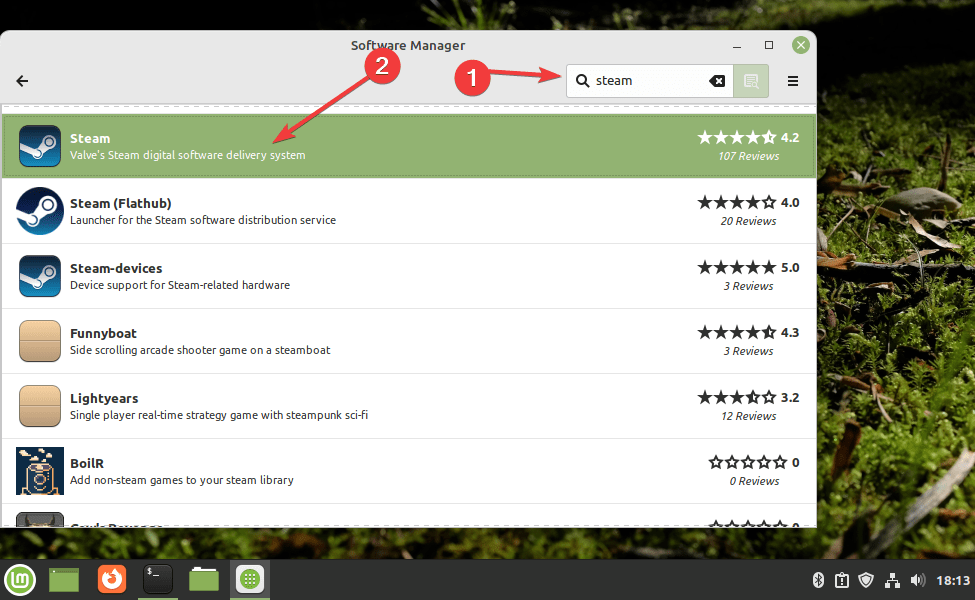 Now, click on the Steam icon, that appeared in the search results. After that click on the INSTALL button and starts installing this Valve client application on your Linux Mint. 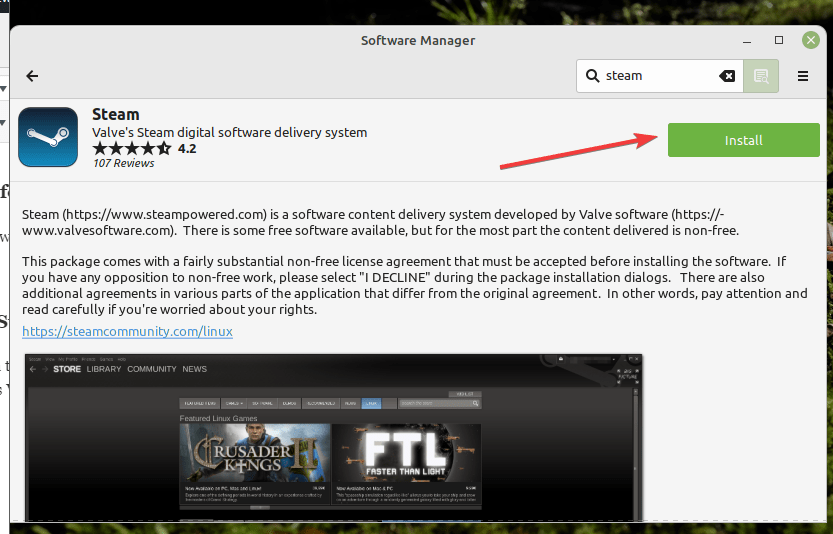 Now, those who prefer the command line can use that as well to install Steam. To open the Terminal app you can search in the Application launcher or simply use the keyboard shortcut that is Ctrl+Alt+T.

To update the APT package manager cache and install the latest security updates run the system update command. Here it is:

The best thing is we don’t need to install any third-party repository on our Linux Mint to download and install Steam. Like for any other open-source application just use your APT package manager and the name of the package to install. 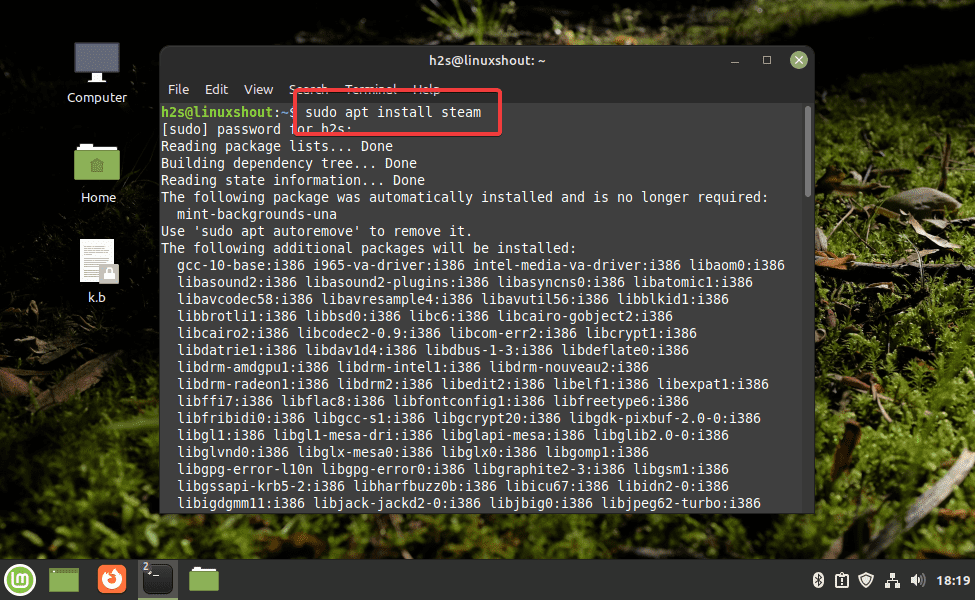 #3rd Use the Official Steam repository for the latest, beta or dev versions

The one downside of the previous two methods is the version of Steam via them would not be the latest one. Moreover, those who want to test the beta version of steam for the latest features can also not get it from the Linux mint’s default system repository. Hence, those who are interested to have an up-to-date version can manually integrate Steam’s official repository.

Use any one of the given repositories:

For the Stable version:

After Adding the repo, run the system update once:

Now, we can use the regular APT package manager command to install the Steam client on our system. However, this time instead of fetching the packages to install from the system’s default repository, we will have them from the newly added one.

As the Command terminal confirms the installation is done, go to the Applications launcher and start the Steam platform by clicking on its icon. After that, the auto-updater will download the latest updates available for Steam to run on Linux. Let that happen. 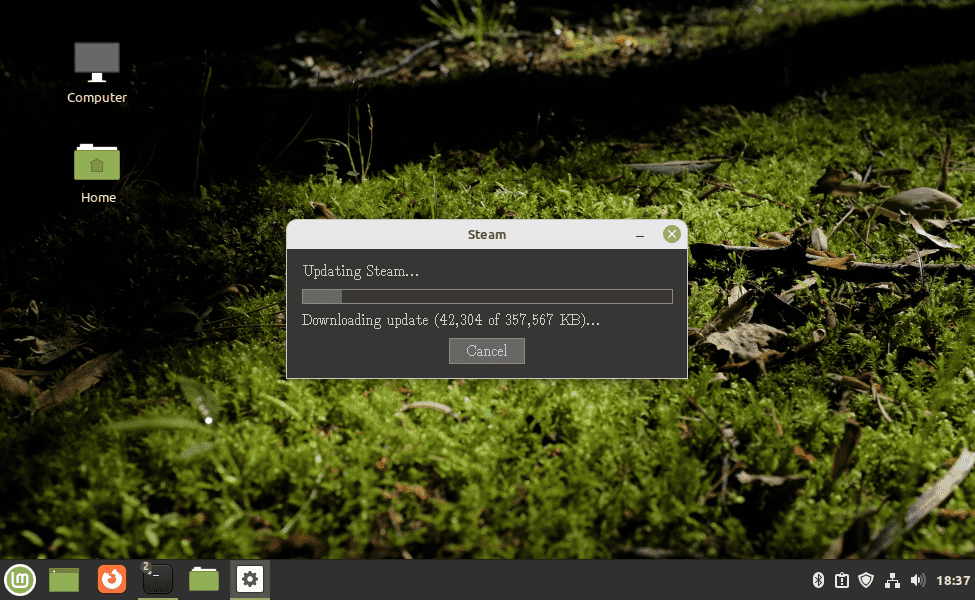 In the next step, you will see the window of Steam asking to create an account or log in with the existing one. Therefore, if you have already registered with this gaming platform then log in with your account otherwise create a new one. 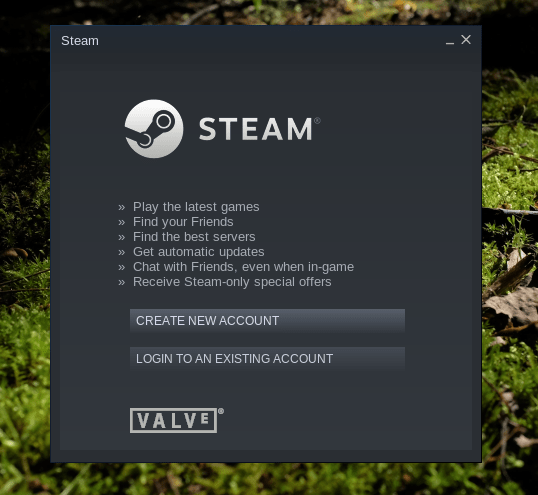 To go through only those games on Steam that are compatible with Linux such as Mint, go to the Store menu and select Categories -> SteamOS + Linux option. This will show the games that are available for your system. 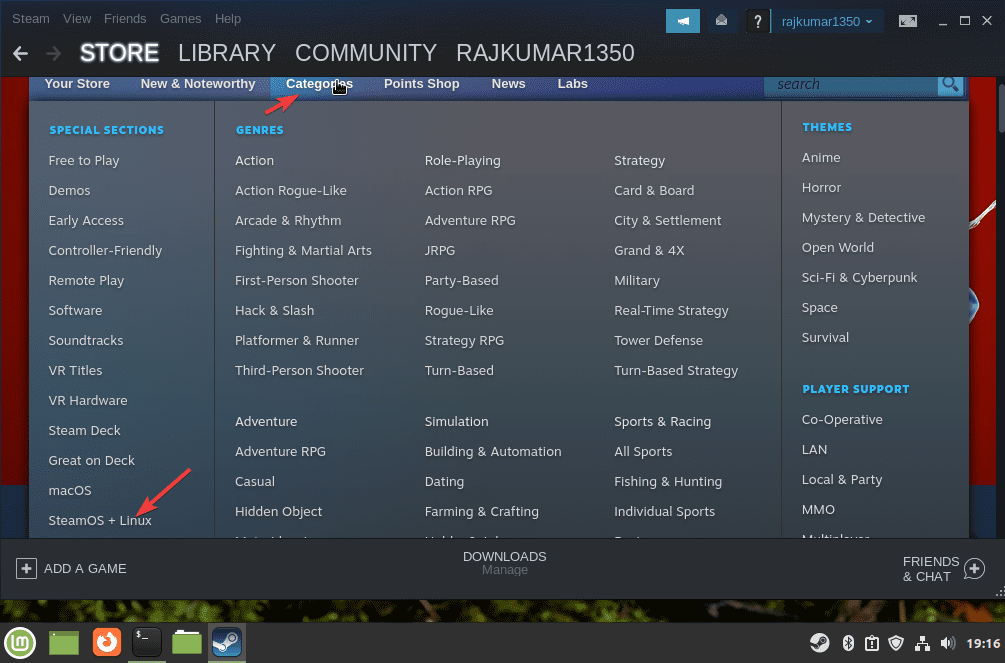 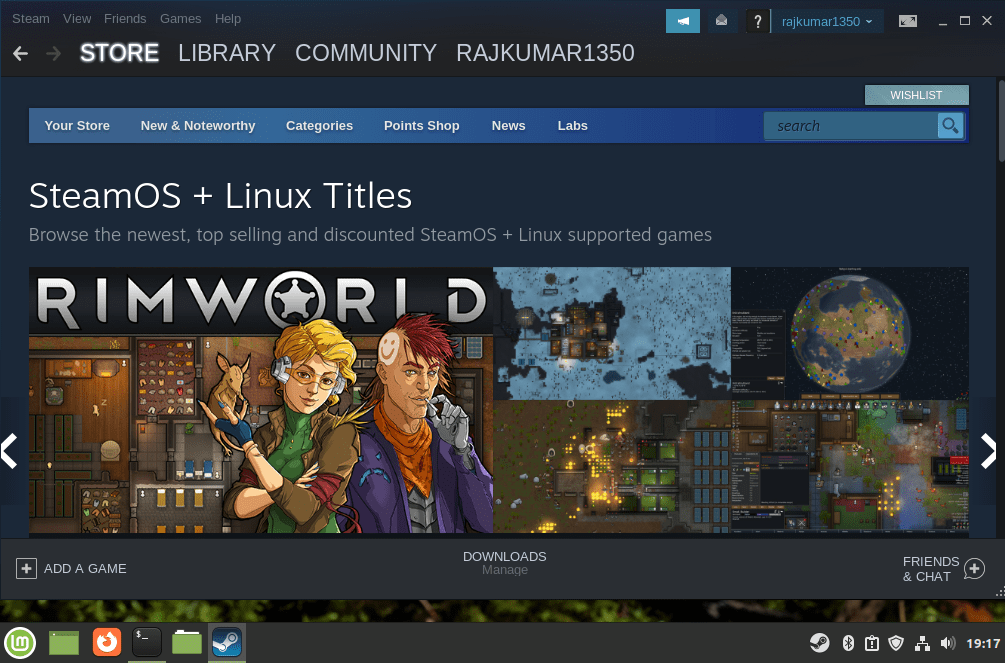 Furthermore, you can even set Linux as a default operating system to show and search games on Steam. Simply click on your Account name and select Account Defaults. Then from the left side again select Preferences, and scroll down to select the SteamOS+Linux option. 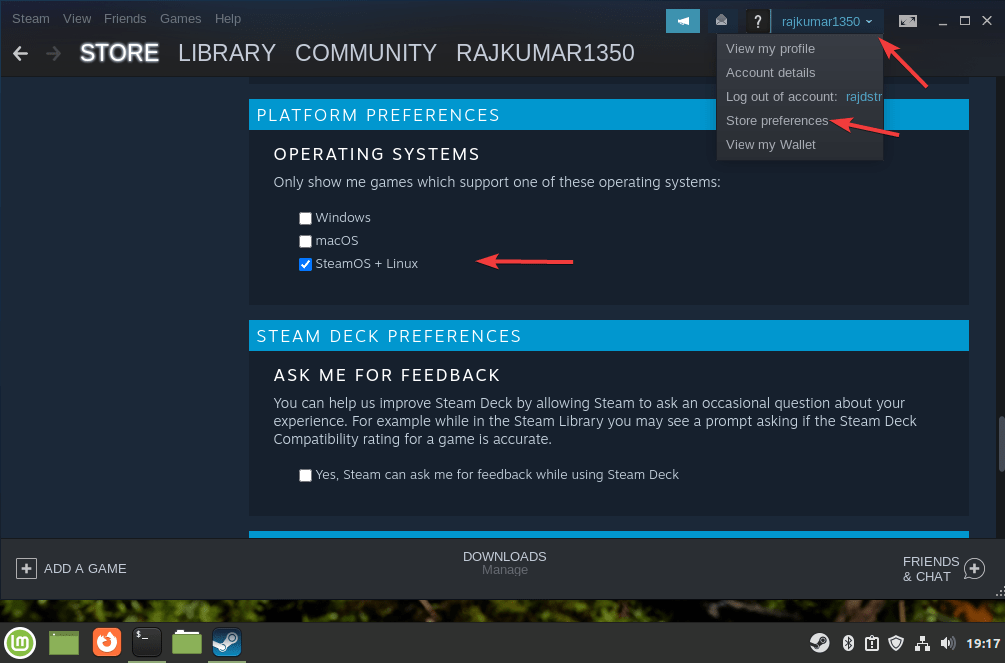 We have used the Apt package manager and official system repository to install Steam on Linux Mint or LDME, therefore, to get future updates for this gaming platform run:

In case you are not anymore interested in this gaming distributing platform then you can use the below command to remove it completely from your system: