Linux is an open-source software platform developed initially for home computers but later become a dominated Server operating system. Linux Server OS are popular because of their small size and ability to quickly convert to perform some specific operations such as Web server, File server, monitoring tool, etc. That’s why you will see almost all computing cloud platforms prefer Linux servers to distribute their computing services.

Apart from powring thousands of racks at hosting companies, in server farms, and at cloud providers, you can also see Linux command line servers nested in container instances or virtual machines, in short Linux keeps the Internet alive. As a server, Linux today supports more architectures and processors than any other kernel – from very large to very small.

Top Linux Server distributions to use in 2022 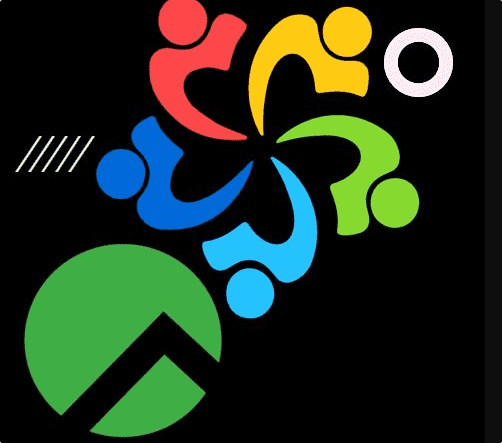 Both Linux came into existence after Redhat had pulled out the Long term support in CentOS, leaving no options for developers to come up with new options. Both Alamlinu and Rocky  Linux are 1:1 RedHat binary compatible and can be used to host enterprise server applications.

As we know CentOS 7 is the last distro from its community for Server users that will support for long term (E.O.L is 30 June 2024), thus in this case either we can wait for upcoming Rocky Linux or CloudLinux based on RHEL code or use the well-established Oracle Linux that is also based on RedHat.

Oracle Linux provides a regular update and strong security features such as Unbreakable Kernel. It is available for Docker and in the GUI format as well. OL also uses the YUM package manager and all other features that one would have on CentOS Linux. On the other hand, CentOS 8 is not going to support for the Long term instead remain available as a rolling release version that will get continuous updates, thus it will be good for Desktop users because Server administrators don’t want lossy updates that are not well tested. See How to install XFCE GUI on Oracle Linux 8 or 7 CLI Server?

Although Oracle Linux is a very strong option yet because of RHEL and CentOS, you would not find it in many cloud computing platforms as the default option to start with. However, maybe in the future, we would.

Ubuntu server Linux doesn’t need an introduction, if you already have used Linux operating system then you would be well aware of it.  It is one of the most reliable server Linux operating systems to use for commercial applications. Unlike CentOS and RHEL, Ubuntu offers a wide range of applications directly from its repository. Also, using APT package manager, it is very easy to manage application installation and settings.

Furthermore, Ubuntu is the right choice as a server system when current technologies such as LXD containers, web servers with HTTP-2 support, and frameworks such as Node.js are required. There are various bootable media for installation: a live system, a new text-based installer, and installation media with a network-based text installer that downloads all the desired packages during setup.  We can easily find Ubuntu on almost all cloud computing and hosting providing services… See: How to install Linux Kernel 5.10 on Ubuntu 20.04. 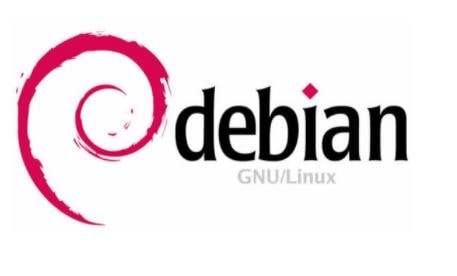 Debian is one of the mature server operating systems that are continuously not only part of many server machines but also provides a base to other famous Linux operating systems such as MX Linux, Ubuntu, Deepin, and many more…

It is a living fossil among Linux distributions that is not only open source but also provides long-term support to its editions. For example, the latest LTS one is Debian 10 Buster that offers support till 2024. A Debian edition is provided with updates for around five years.

Furthermore, the distribution consists exclusively of system tools from the GNU project. The distribution’s repository is huge and has more than 59,000 software packages are currently available in the precompiled form.

One of the most important features is the Apt package manager, which made it comparatively easy to install and update software packages. It can also be downloaded in Live format, Cloud image, or minimal network bootable form.

SUSE Linux Enterprise Server (SLES) is a 20-year-old open-source project designed specifically for servers, mainframes, and workstations. It offers stable release after 3 or 4 years just like CentOS to give enough time to enterprises; so that they get ready to embrace new technologies. While between this interval of a major release, the company keeps releasing service packs about every 12 months to patch bugs and provide security updates. SUSE Linux Enterprise Server packages receive more intense testing than the upstream openSUSE community product, which means more stability of the included components to handle enterprise applications. 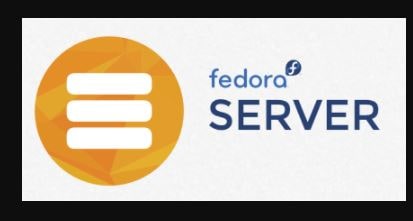 Fedora is another Server Linux distro in the list that offers a short lifecycle and is available in 64-bit installation images as well as for cloud environments such as Vagrant, OpenStan, Amazon Cloud, and more. Backed by RedHat, the Fedora community always trying to innovate and support a wide range of hardware. Its repository offers support to a wide range of packages out of the box.

With the help of FreeIPA in Fedora, it allows manage Linux users and client hosts from one central location with CLI allow to perform advanced identity management, DNS, certificate services, and Windows domain integration throughout your environment with, the open-source domain controller. 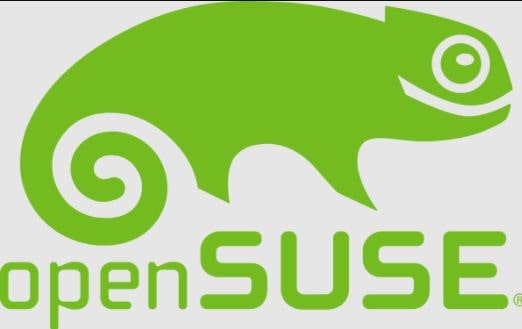 Another Linux distribution of Suse in the open source category for enterprise sis OpenSUSE. It is available in two editions one is Leap, for those who want less updated and quite stable Linux that receives one release each year and in between security and bugfixes, whereas the other one is a rolling update called OpenSUSE Tumbleweed.

It offers a Yast configuration system, which is far removed from traditional Linux administration but offers graphical menus in the style of Windows Server whereas Zypper is the default command line package management tool for openSUSE. 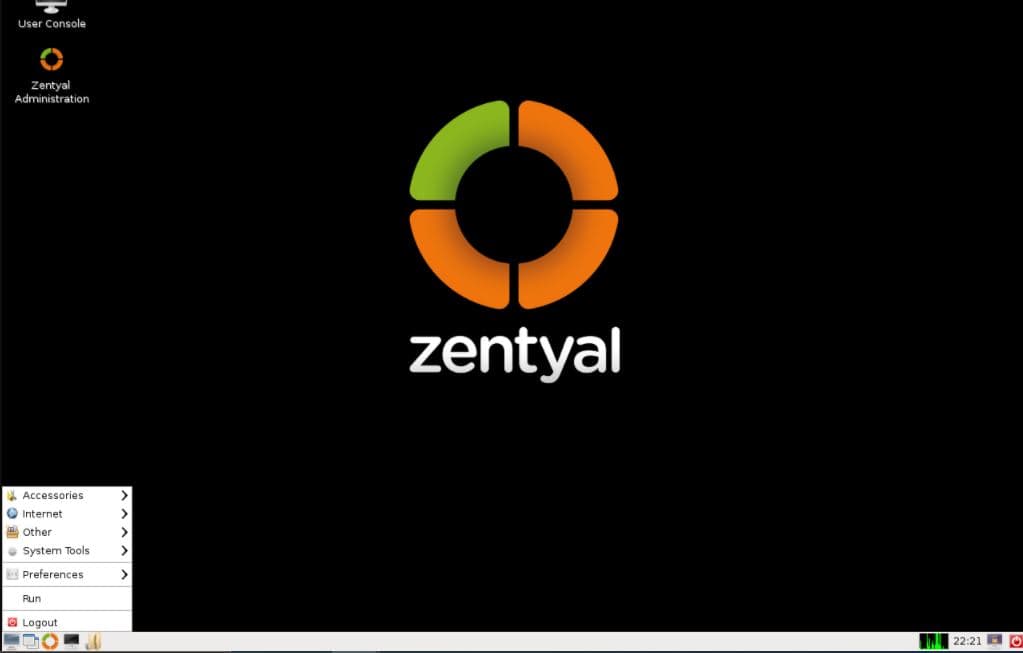 Zentyal Server is not like the other best Linux server distros mentioned in this list. Instead, it is a unified network server that offers multiple features in a single package such as it can be used as a gateway, an infrastructure manager, a unified threat manager, an office server, a unified communication server, or a combination of them.

It is also an open-source project and developed to save the time of small and medium enterprises by offering multiple server features tightly integrated into the distro that is based on Ubuntu. In terms of the graphical user interface, it comes with LXDE and WebUI. 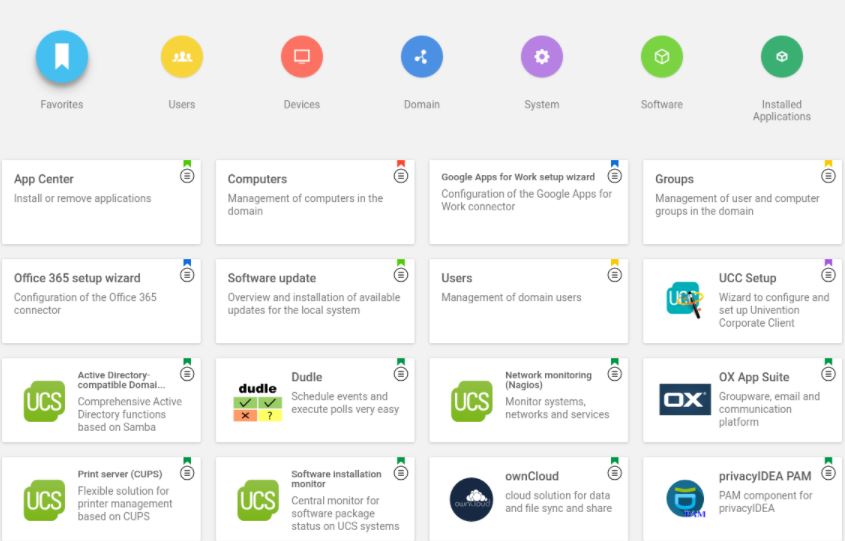 Univention Corporate Server is an enterprise-class distribution based on Debian GNU/Linux. It features an integrated management system for central administration of servers, Microsoft Active Directory-compatible domain services, and functions for parallel operation of virtualized server and desktop operating systems.