Although we can easily open a command terminal from the Applications list of any Linux, however, that is not the only way. There are a couple of methods and shortcuts to open a terminal in the Ubuntu operating system. And here we know what are those?

If you are an advanced user then you would already be familiar with the given methods in this article, well most of the beginners are not. So, if you know one or two methods and want to learn more then go through the five ways given below to open the terminal in Ubuntu Linux.

On the Page hide
Different ways to run command line terminal in Ubuntu
1: Run the terminal directly via the context menu
2. Using Gnome run command
3: Use the shortcut key: Ctrl+Alt+T to open the terminal
4: Start terminal from the Ubuntu or Gnome Dash
5: Add terminal to favorite list on Ubuntu launcher

1: Run the terminal directly via the context menu

One of the easiest ways to start a command terminal in Ubuntu or any other Linux is the shortcut given in the right-click context menu.  Anywhere, whether you are on Desktop, inside some folder, just right-click and select “Open in Terminal”. It will get started right there with your current directory. 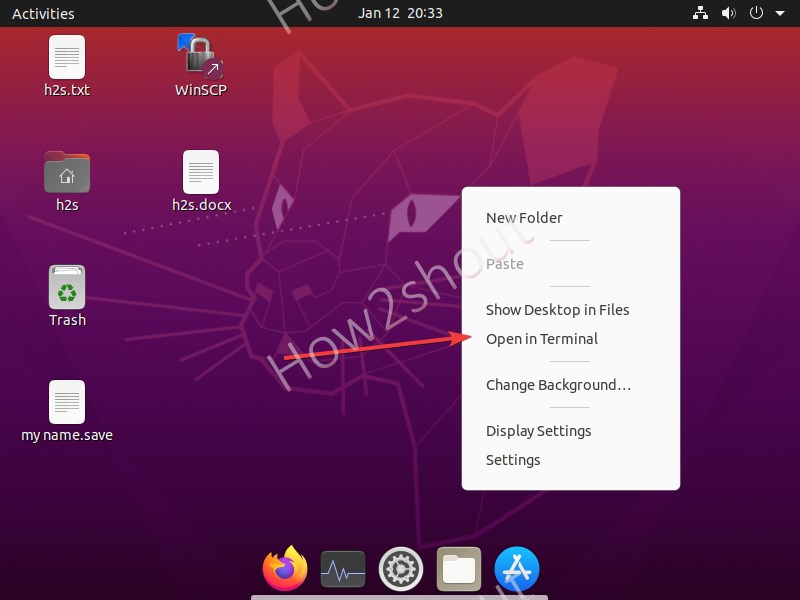 Do you know on Gnome Desktop, we can instantly run the various command without opening the command terminal? If not then press Alt+F2 keys, this shortcut will open a Run command box, just like we have on Microsoft Windows systems. And in that command box type- gnome-terminal and then press the Enter key to run the terminal. 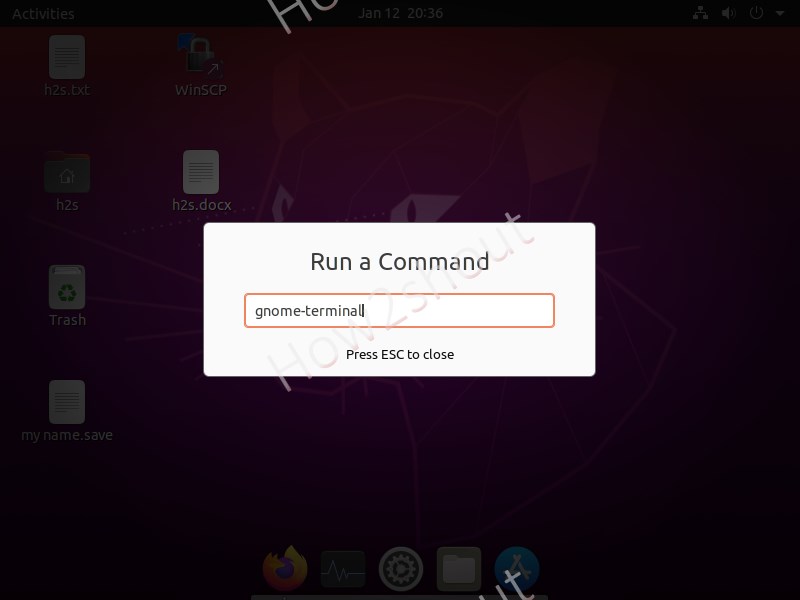 3: Use the shortcut key: Ctrl+Alt+T to open the terminal

This is the most common method and I always prefer to use this one. Very straight forward way to start a command terminal on Ubuntu, Linux Mint and other similar supported Linux operating systems. What you have to do is pressing of  Ctr+Alt+T keys together on your keyboard and this will trigger the command terminal. This method is the easiest and fastest method among the all methods given here. 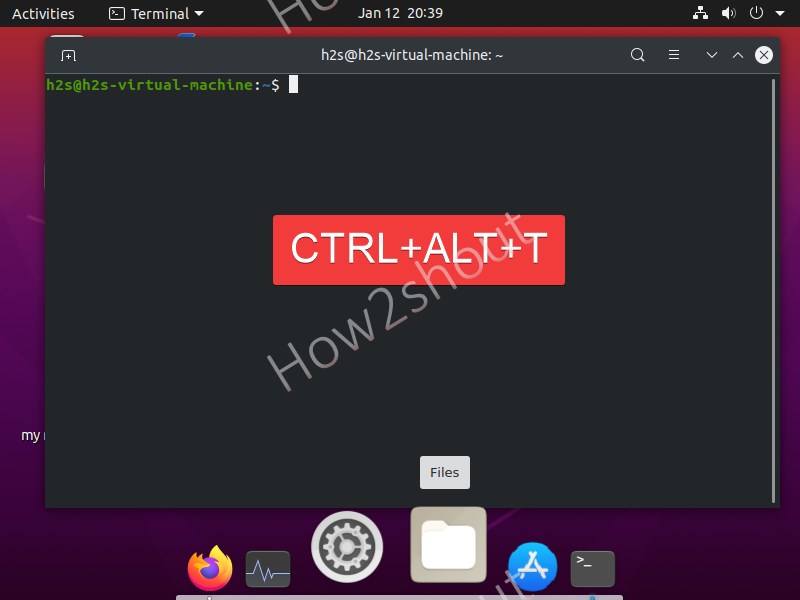 4: Start terminal from the Ubuntu or Gnome Dash

This method of running a terminal is mostly used by beginners who have just started using Ubuntu. To use it, we have to click on the “Show Application”  instead you can also use the shortcut, press super or win key + S, and type “Terminal” in the search box, when its icon will appear in the search result, click to open it. 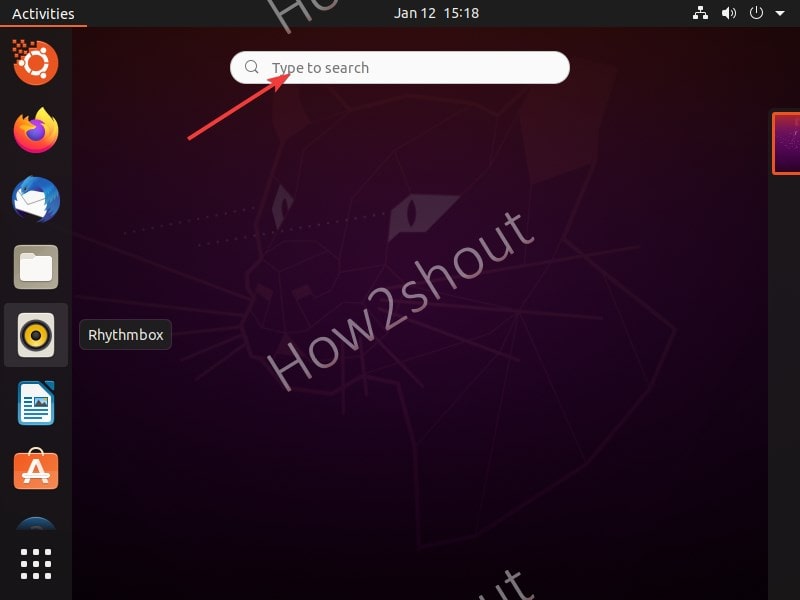 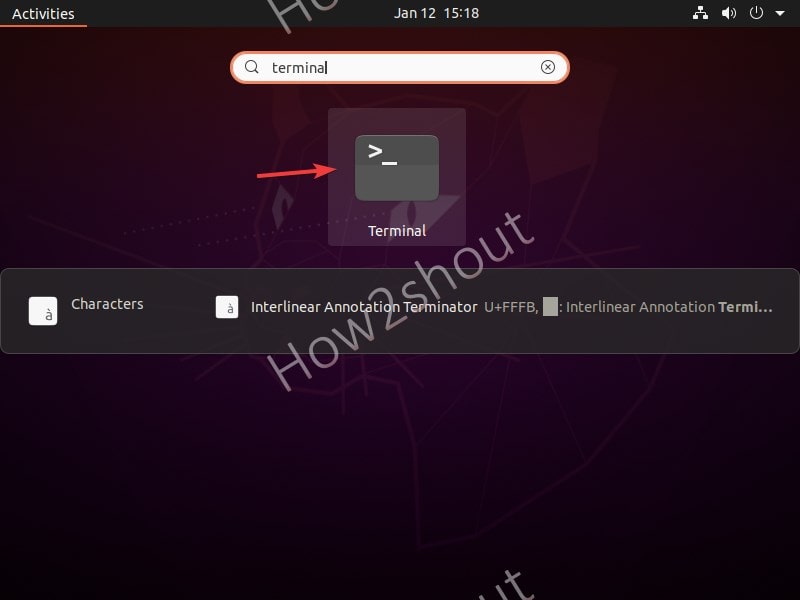 The last best possible way is to add the icon of the command terminal in the Ubuntu launcher panel so that we can start it directly with just one click. However, for that first, you have to open it using any of the above-given methods and then right-click on the launcher to select the option “Add to favorites“.

Alternatively, search for the terminal in the Ubuntu Dash as shown in the 4th method of this article and then simply click on it, then drag and drop the same to Panel or launcher.