It’s always crucial to know the Linux version and distribution you’re working with, whether you’re using Linux for personal or business reasons. That way, you’ll know which package manager to use to get new tools and upgrades, as well as which Linux forum to visit if you have any concerns or problems.

Having the information about the Linux version can help you install the correct security patches and identify the available features in the OS. There are various methods for determining what distribution and version to install on a system. In this tutorial, we will explain different ways to know the Linux os version.

In this section, we will split it into two parts. In the second part, we will explain the different ways to know the Linux OS version through the terminal, and the other one is through GUI. Here we are using Ubuntu to demonstrate the tutorial, however, the command line will be the same for almost all existing Linux distros.

How to Find the Linux OS Version Using GUI

It is the most simple way to know your Linux OS version. So open the Settings option and go to the About section. Here you will get brief information about your system and Linux OS version: 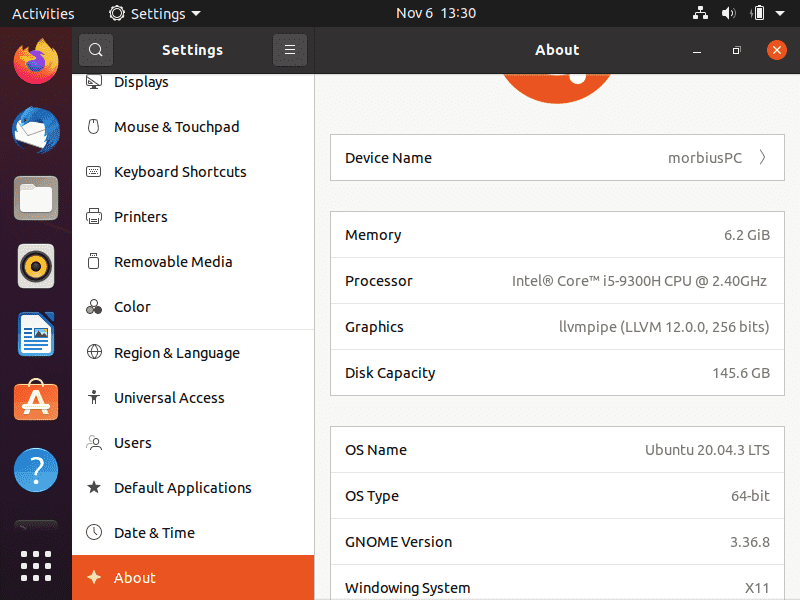 How to Find the Linux OS Version Using Terminal

• Use Cat command to get Linux version

The following command works on all distributions without the need for a particular tool:

You can also use the below command instead of using os-release: 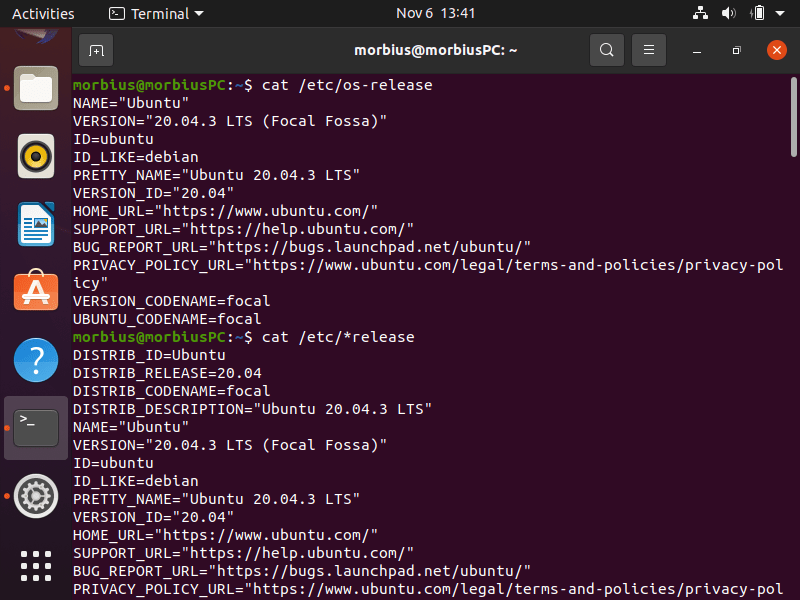 The asterisk in the command ensures that it works with all distributions and displays the installed version. You may be seeing a little jumbled data right now, where some lines repeat themselves or many lines end in “release.” The first line in “PRETTY NAME=” provides information about the OS version and its name.

An LSB release program is a handy tool for learning more about your Linux installation. It displays the LSB information for the Linux distribution. The command is as follows:

To find out the name and version number of your current distribution, you can also run the following command:

For brief but more details about your Linux OS version number, use the cat command:

The hostnamectl is a good command to get information about the Linux version.

• Find out there Kernal Version

The line beginning with ‘Operating System’ contains information on the Linux version. The following command the details about the version of Linux you’re running:

The /proc/version file, as you can see, specifies the Linux kernel version, the GCC version used to generate the kernel, and the time of kernel creation.

In this article, we discussed every possible method for identifying the Linux OS version. Finding out the operating system version is important because it helps a user to update the system accordingly. If you liked this article, then make sure you check out our official website of H2S Media.