If you have just installed a new Ubuntu 20.04 Linux on your PC or Laptop and it has used the system’s OS as a computer name, then you can change it. Or you are just a beginner who has set the Linux hostname something, let’s say ‘John’ but after some time you would like to change and reset the computer name to ‘JohnPc’. Then for sure, you might be looking for a way to remove the existing hostname of your Ubuntu 20.04/18.04/19.04/16.04 PC or Laptop. If yes, then this tutorial will help you with that.

What do we learn in this tutorial?

Note: If you don’t want to use the Command line method and running a graphical user interface then use that: How to change Ubuntu Linux Device name Graphically

For the servers skip this step and simply go to the second one. However, those are on GUI, open the command terminal using Show Applications or shortcut keys: Ctrl+Alt+T.

First, check the existing Ubuntu hostname of your PC. In case you don’t know it then this will apprise you that. However, the name on command terminal just before the:$ and after the @ is the one you want to change. To get the detail info type: hostnamectl 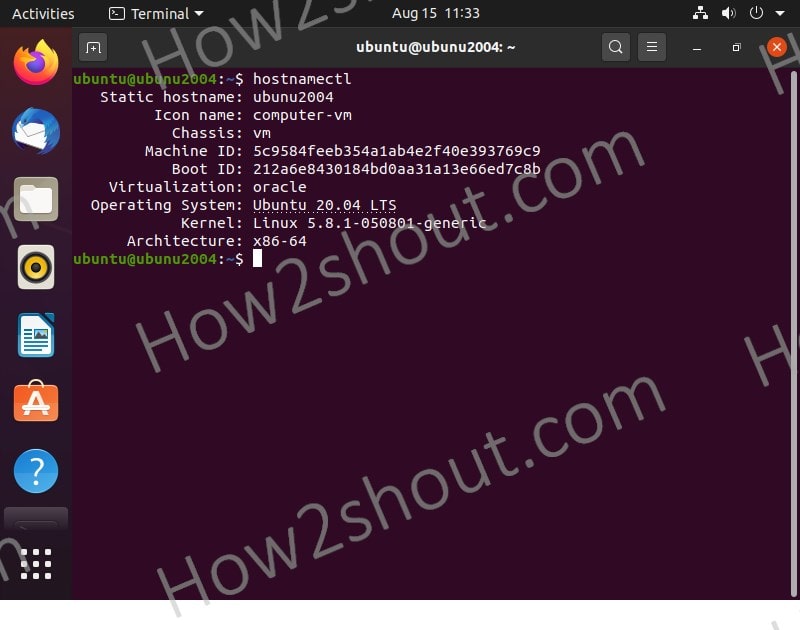 Use VIM or Nano editor to open the /etc/hostname file which contains the computer name of your Linux PC or laptop. The command to edit and update is:

When the above file will open you will see the existing name of your computer just delete and type the one you want to use.

To save and exit Nano editor: Ctrl+X and type Y followed by the Enter button. 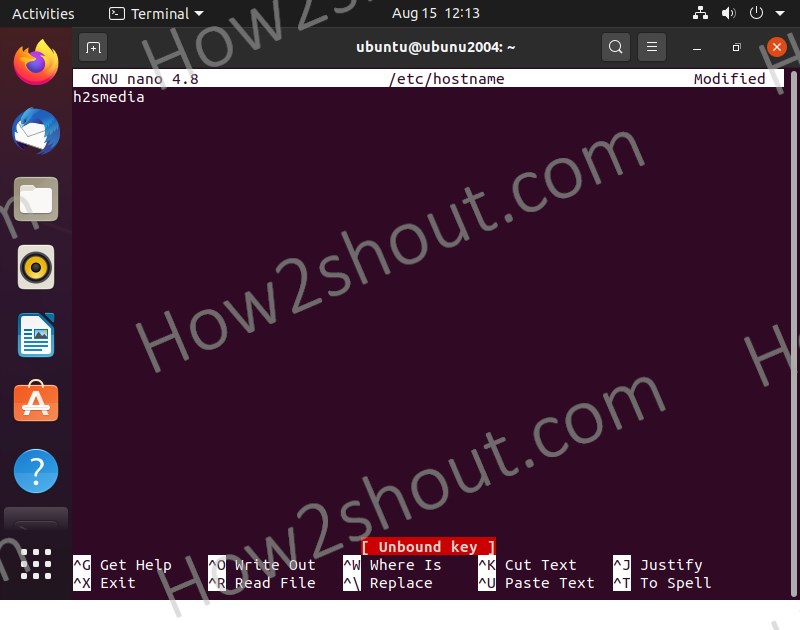 If you don’t want to restart your Linux computer after changing the hostname, then also follow this extra step to manually update the host file.

Now, find the  127.0.1.1 with your existing computer name, once you find it delete and replace it with the one you used in Step 3 of this tutorial.

In the below screenshot you can see that we have h2smedia by replacing the old hostname. Once you are done with all this, save the file. 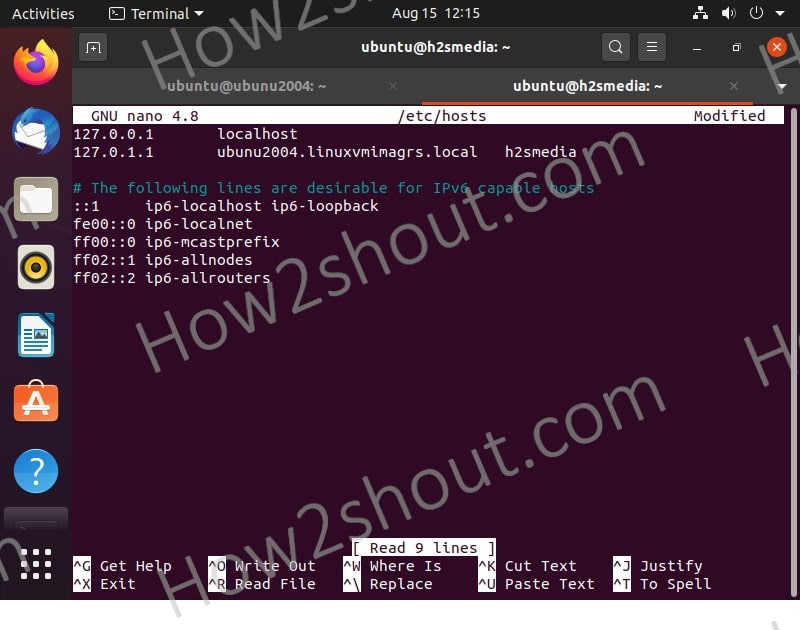 After changing the computer name, run again the hostnamectl command, this time what you will get is the name you have recently set.

In this way, we can update the computer name not only on Ubuntu but also in other Linux operating systems as well.