If you are adding PPA repo in Linux mint 20.02 and getting an error  Cannot add PPA: ”This PPA does not support focal”.  Then follow the simple command given in the article that will solve this error.

PPA stands for “Personal Package Archive” offered by developers and package maintainers on a service called Launchpad. The developers can upload Debian source packages into a PPA that is used by Launchpad automatically to build binary packages for different architectures and Ubuntu versions that can be used on Linux Mint as well.

It helps beginners to installing various programs in an easy way without compiling them manually from the source code that is not included in the official package sources or only in an older version.

However, we should always keep in mind that a PPA is basically an external source and can endanger the system’s stability.  Therefore, the packages available to install in the official repository should always be preferred over PPA. Moreover, even if you need to add PPA, you should check the launchpad page for the respective PPA in order to check what the PPA is for and how it is maintained.

A PPA can also have other PPAs as dependencies. However, this cannot (yet) be resolved by the package management and can only be found on the PPA site.

Fix Cannot add PPA: ”This PPA does not support focal”

Run the command terminal app on your Linux Mint or Ubuntu and use the system update command to refresh the system repo cache.

After the above steps run the below command that will reinstall the “CA certificates” because it could be broken and creating this error and stopping us from adding “PPA” Repos on Ubuntu or Linux Mint. 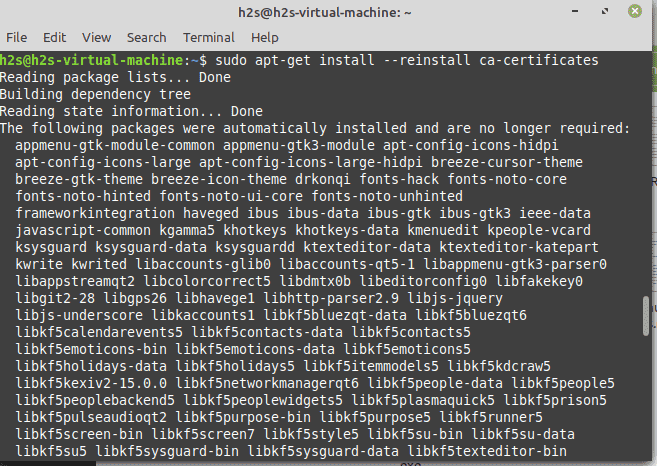 Now, we can ad the PPA repo without error. 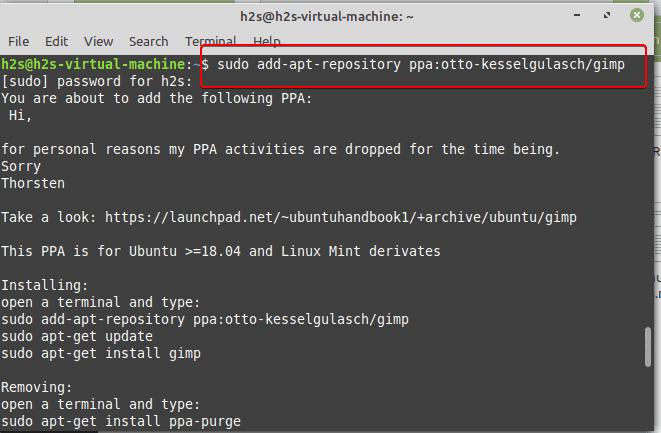 In case you are using a proxy server then use the E option after sudo to add the PPA repo. For example:

Let’s you want to add GIMP ppa, then the above command will be like this

Whereas to remove any PPA you can use: