Learn the steps to install the Budgie Desktop environment on Almalinux 8 and Rocky Linux 8 using the command terminal.

One of the greatest benefits of using Linux OS is we can use multiple Desktop User Interface of choice. This allows users to modify and get the Desktop Interface of their own choice. Well, Gnome is the popular one that comes as a default GUI in both AlmaLinux and Rocky. However, it is not suitable for everyone. Few users want a lightweight but with nice, sleek, and familiar looks. If you are one of the then try the Budgie Desktop environment.

Budgie comes as a default GUI in Solus operating systems, an independent Linux. And Budgie is a part of this project. However, as it is published under an open-source license we can install it on any popular Linux either by adding some third-party repository or the system’s base repo.

The steps given here will be the same for both Server and Desktop versions of AlmaLinux / Rocky Linux 8 / CentOS stream.

Before going further and hopping in the steps to learn how to install Budgie on RedHat Linux. Let’s first run the system update command. To make sure everything on our system is up to date.

There are a few packages we required that are available in the popular EPEL (Extra Package for Enterprise Linux) repository for RedHat. Hence, enable the same on your system, if not already.

We also need a PowerTools repository available by default on the RedHat-based system even on AlmaLinux and Rocky but not enabled. Hence, we have to do that manually. It acts as a container for libraries and developer tools. Run the given command:

Unlike Ubuntu, packages to install Budgie are not available via the default system repository of AlmaLinux or Rocky. Therefore, we need to enable some other repositories, which are – Fedora’s Corp repos known as Stenstorp.

For getting required Dependencies by the Budgie:

To get the core package for this desktop environment installation:

Once you have added the repositories, run the system update command:

After adding the repository, we can use the system’s default package manager DNF to install all the required packages including Budgie Desktop.

If you are using a command-line server without any pre-installed Desktop GUI such as Gnome on AlmaLinux or Rocky. Then also set the graphical user interface as the default

After that, reboot your system to apply the changes that have been made during the installation of Budgie Desktop:

Those who don’t have any pre-installed graphical desktop environment automatically get the Budgie Desktop after installation. However, users with already Gnome or any other desktop need to select Budgie while logging in to the system.

8. Screenshot of GUI on Almalinux or Rocky Linux 8 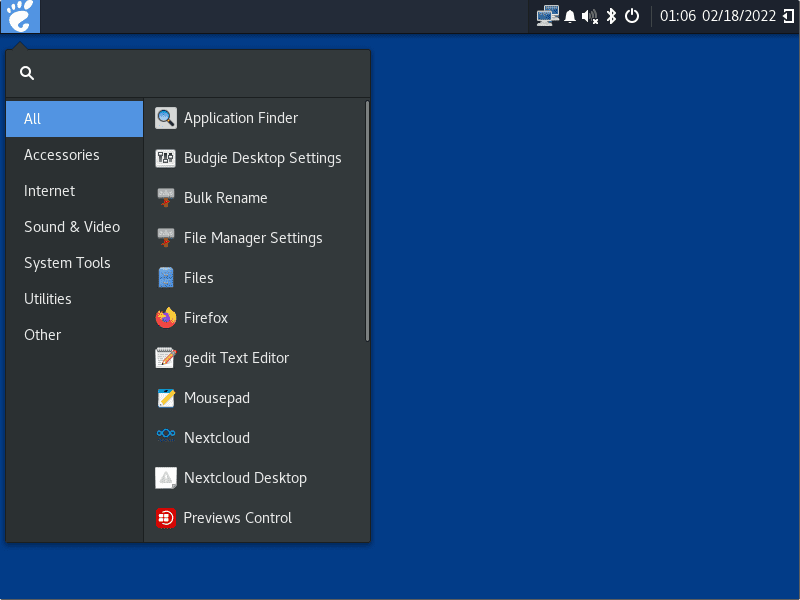 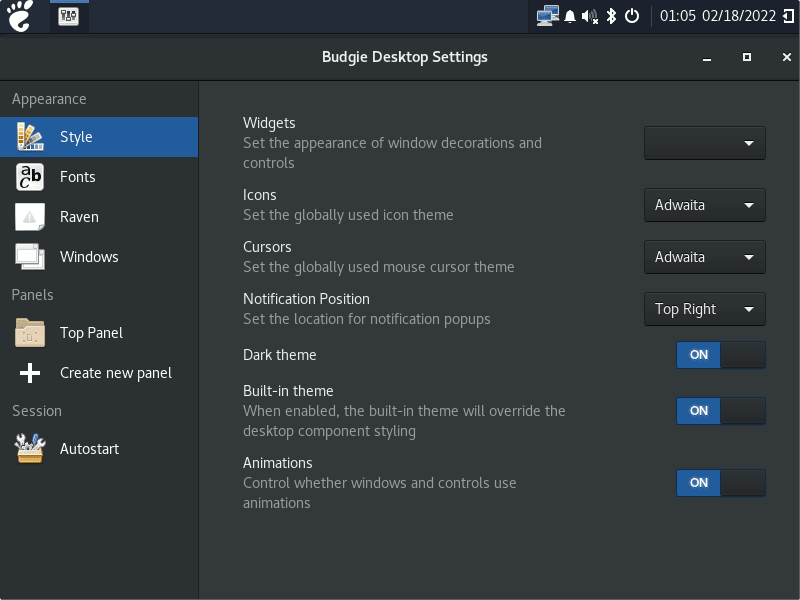 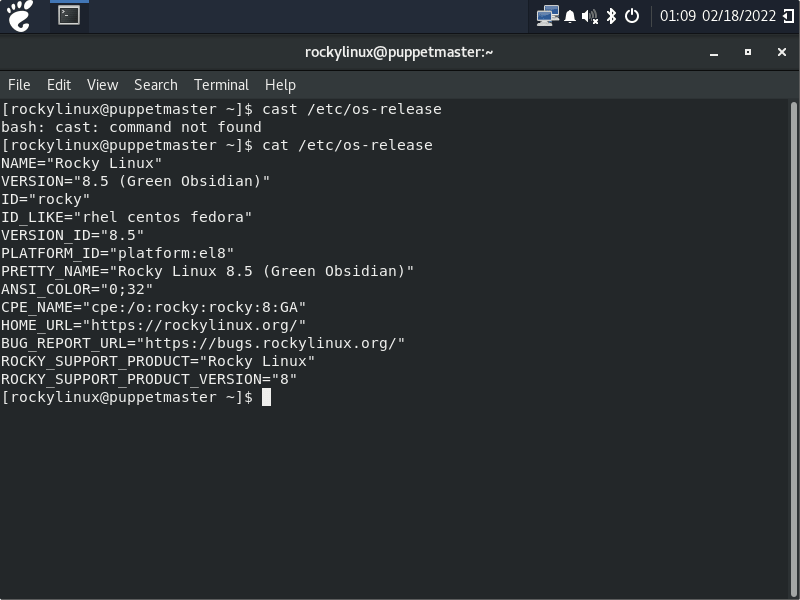 In this way, we can install Budgie Desktop Environment not only on Almalinux and Rocky but also on RedHat, CentOS, and Oracle Linux. This gives users those who don’t like Gnome and looking for lightweight desktop UI with good UI and simple elements.