Krita is free drawing software that also lets you create animations and export them as videos. What distinguishes the program from comparable applications? Krita is kept relatively slim but does not lack any of the central functions. You can customize both the user interface and the tools to suit your needs.

For example, you can freely move and adjust the set-up of the individual tool elements on the user interface. You can save your preferred settings so that they are right there waiting for you next time.

You also have the option to customize the existing wide brush and tool palette. For example, brushes can be imported from other drawing applications or you can create your own.

The most comfortable way to work with Krita is to use a real graphics tablet. It doesn’t have to be a professional device. The software supports numerous models. You can find a detailed overview of all supported drawing tablets on the provider’s website.

To perform this tutorial you will need the following things on your system:

To install Krita on Ubuntu 22.04 LTS we will use the APT package manager and the official repository of our Linux. Therefore, before moving further let’s once run the system update command. This will rebuild the APT cache and also update the already installed packages.

The latest version of Krita is already available to install through the official Ubuntu repository, therefore the next step is to simply run the given command.

Once the installation is completed, go to the Application launcher and search for the Krita software. As the app’s icon appears click to run the same. 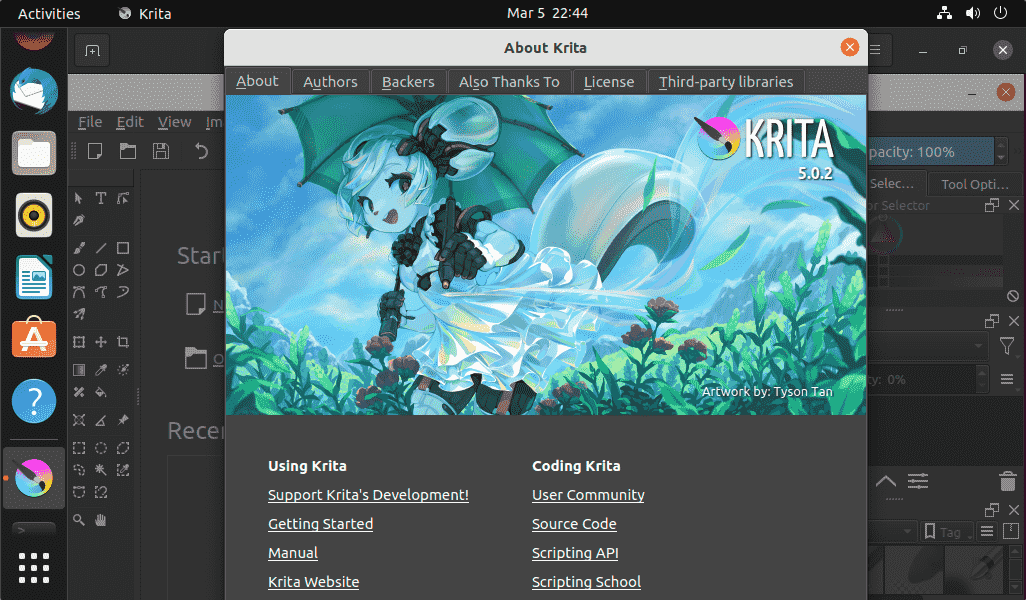 5. How to Update or Upgrade

The benefit of using the official repository and APT package manager is we can update any installed package with the help of system update command i.e:

After some, if you don’t require Krita on your Ubuntu 22.04 system anymore then we can remove it using the APT package manager. Here is the command to follow.