Do you want to use “Microsoft fonts” on your Ubuntu 22.04 Jammy or 20.04 Focal Linux? Then here are the commands to install it on your system.

System fonts are usually installed on the start-up volume or a primary storage medium (eg a hard disk) during the initial installation and during updates (software updates) of the operating system by the respective manufacturer. Well, Linux is an open-source operating system, hence the fonts it uses are also open-source rather than some proprietary now.

System fonts can be divided into primary and secondary system fonts, with the primary system fonts being the minimum requirement for an operating system. Primary system fonts cannot or should not be deleted or changed since they or parts of them are required by the overall software architecture. Whereas, the secondary system fonts are essentially a kind of “add-on” from the manufacturer, intended to enable uncomplicated text communication with a microcomputer. They are primarily used for visual text and office communication via application software, e.g. for writing a letter in Microsoft Word, viewing a website in an Internet browser. For example– Arial, Comic Sans MS, Courier New, Georgia, Impact, Times New Roman, and more…

Therefore, for the users who want to install and use Microsoft fonts in the applications such as LibreOffice in Ubuntu 22.04 and 20.04 Linux then here are the commands to follow.

The commands given here to install Microsoft fonts will be the same for other Debian or Ubuntu-based Linux systems such as Linux Mint, POP OS, MX Linux, Elementary OS, and more…

If your system is up to date then you can skip these steps, otherwise use the APT package manager and run the system update command once to refresh the repository cache and install a new version of existing packages.

Well, the fonts we are going to install are from Microsoft but that doesn’t mean we need to add any extra repository. The system default repo can be used to get the packages we need to install Microsoft fonts on Ubuntu 22.04 or 20.04. Here is the Apt package manager command for the same.

As you run the command, soon the setup will ask you to accept the “End-user license agreement for Microsoft software” use the Tab key to select the OK button and then hit the Enter key. 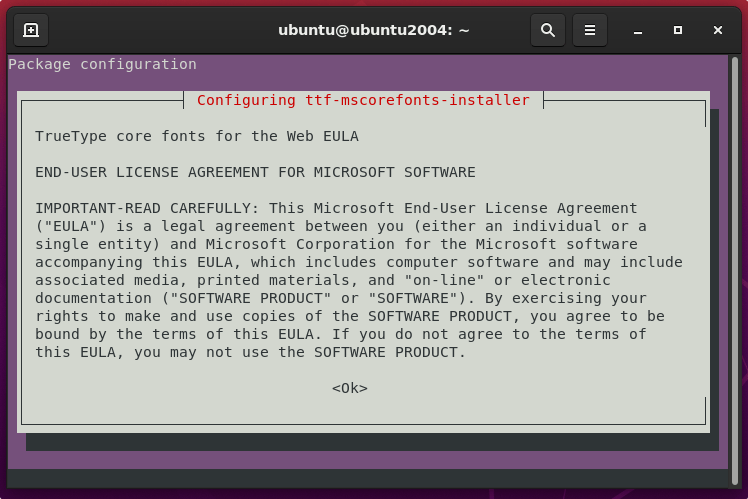 4. Confirm Microsoft Fonts are on your Linux

Once the installation is completed, you can confirm whether the Microsoft fonts are on your system or not. For that click on the “Show Application” icon and search for “fonts“. 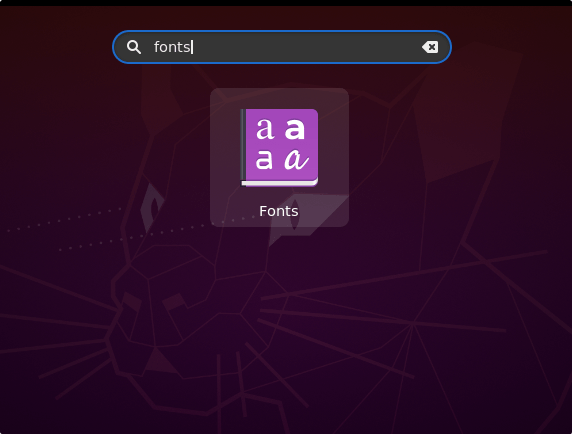 Now, you can use Microsoft fonts in your Linux applications such as LibreOffice. 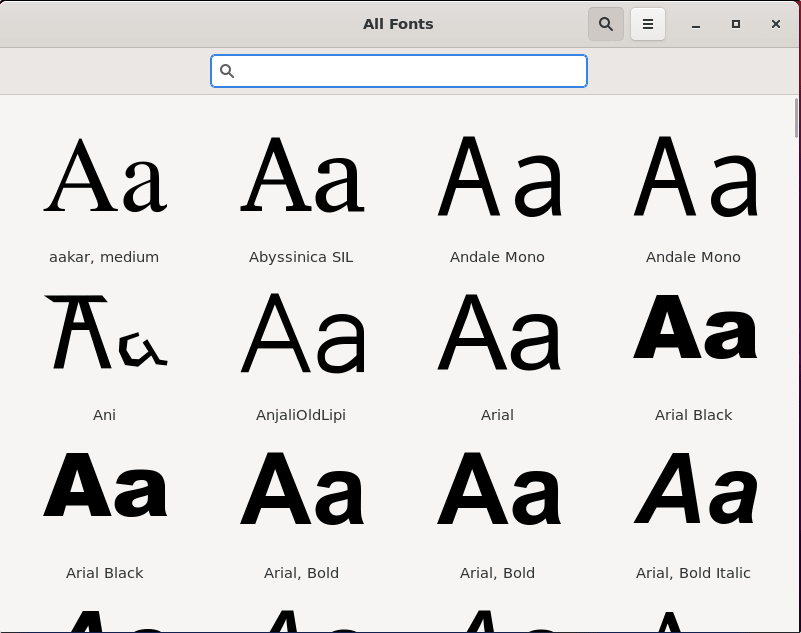 Well, as we have used the APT package manager to install Microsoft Fonts, hence use the same to remove them as well, in case you won’t require it in the future. Here is the command to follow: