Although we already have Libre Office out of the box on Ubuntu 20.04 LTS, yet if you have a Microsoft office 2007 copy then you can install it on Ubuntu Linux using Wine; to use just like any other software…

Microsoft Office is one of the popular office suites used around the world, however exclusively available for Windows and macOS. Which makes Linux users feel left out if they want to use MS-Office. Well, installation of the latest office suite 360 is not possible on Ubuntu Linux using Wine but for office 2007 it is possible. By the way, Office 360’s stripped-down version is available online to use free of cost which only needs a browser and can be used on any operating system including Linux.

On your Ubuntu 20.04 or other similar Linux distro open command terminal. You can use the Ctrl+Alt+T keyboard shortcut to run it.

The first step is to add the GPG key available for Wine provided by its official website which helps our system to verify the packages we will download from its repository.

The next step is to add Wine’s repository on Ubuntu 20.04, however, if you are using some other Linux version then use the other given one.

For Debian and its based OS:

Well, many applications still support 32-bit architecture, thus we will also enable its support on our Ubuntu system using the below command:

After that, first run, the system update command to rebuild the system repository cache so that our system could recognize the latest added repo.

4. Install Wine HQ on your Linux

Finally, to set up Wine on Ubuntu or Debian Linux, let’s run the installation command. This will download the stable packages for Wine to set up on our OS…

To install Microsoft office on Ubuntu you should have its copy, if you already have one then you can use that otherwise either download the trial version or download Microsoft Professional Office 2007 from archive.org (Internet Archive) along with the license key free of cost.

Once the downloading of the Office setup is completed, go to the location where it has been saved by you. And right-click on the file to select “Open with other Application“. 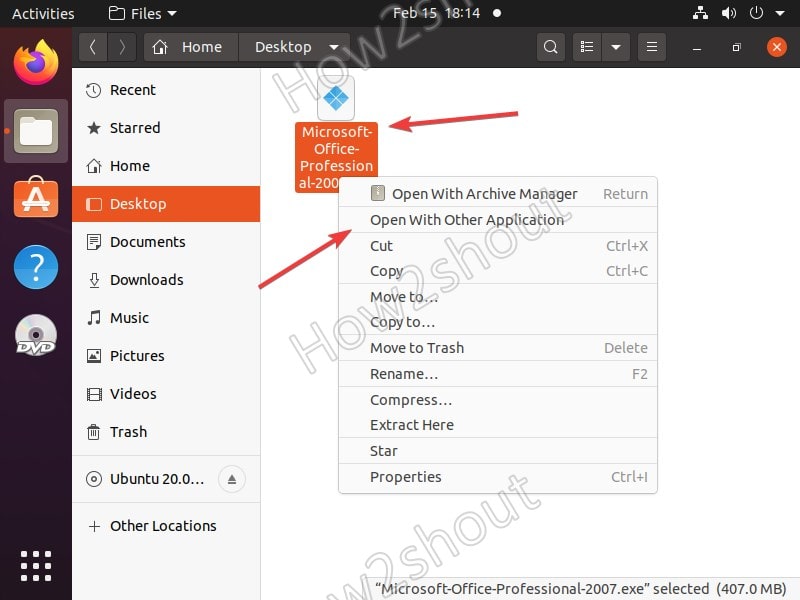 Select Wine Windows Program Loader to run the Microsoft office 2007 pro setup directly on Ubuntu with Wine from the Graphical user interface of Ubuntu, which makes the installation process easy and you don’t need to deal with commands. 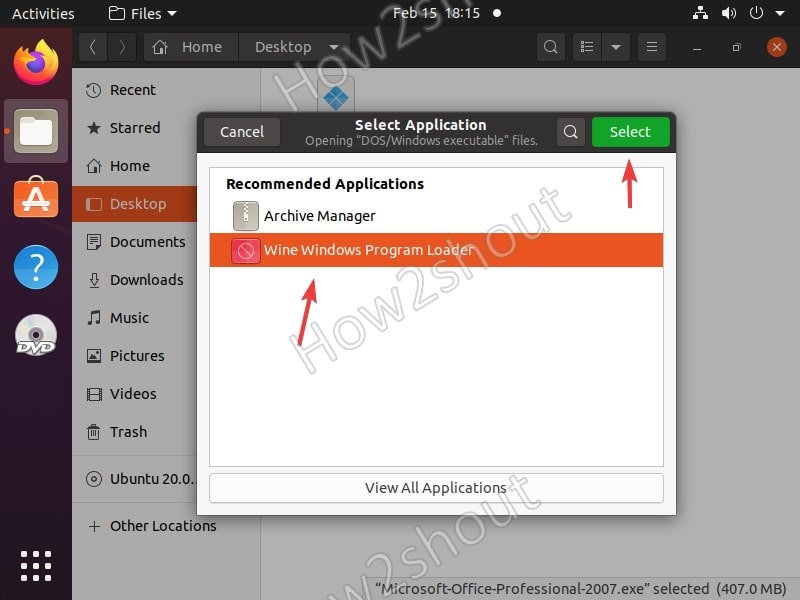 Applications that require HTML support to run correctly need the installation of Wine Gecko, thus when it pop-ups then click on the Install button. 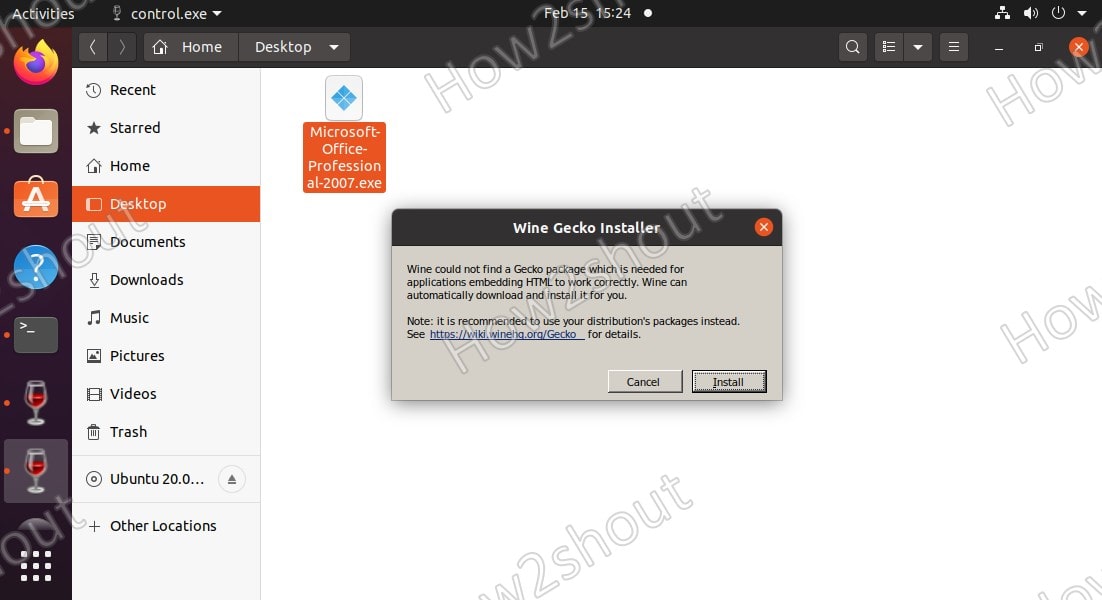 To implement .NET framework applications on Wine, we need a Mono installer, hence install it as well. 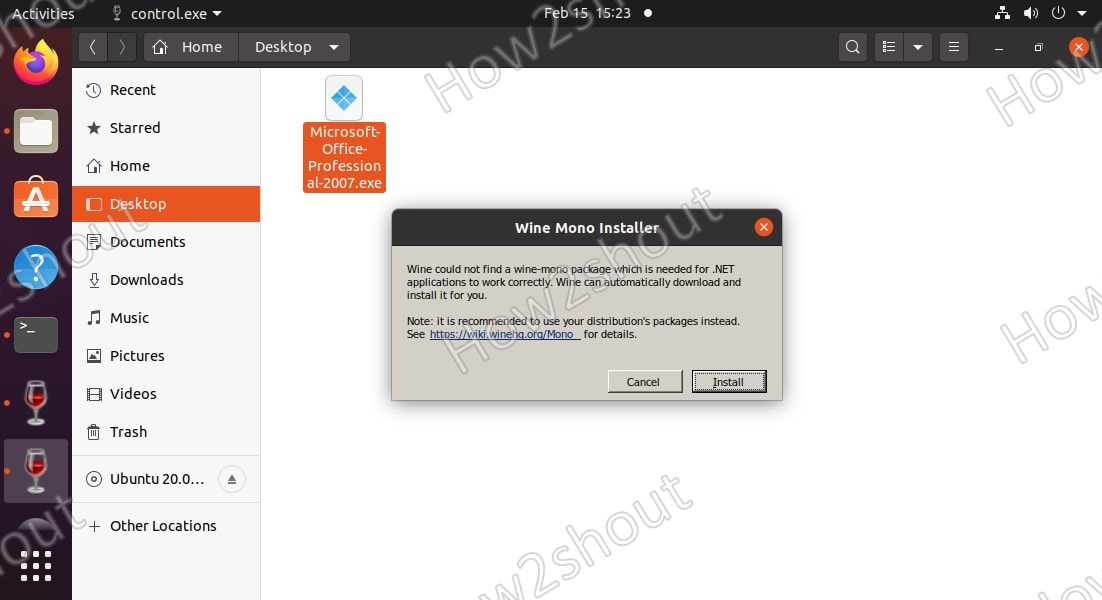 Once the installation of dependencies gets completed, you will see the Office 2007 setup file extraction window. 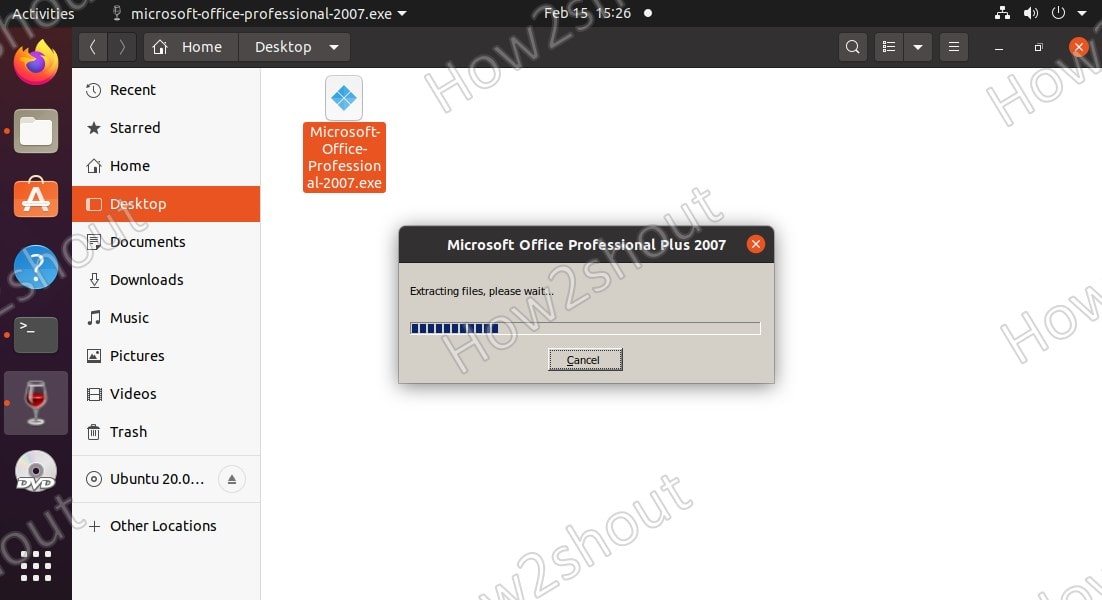 If you want to install only a particular module of Office such as Excel, PowerPoint, and Word only, and want to leave the rest of the features uninstalled select Customize, whereas for the whole Office 2007 use the “Install Now” button. 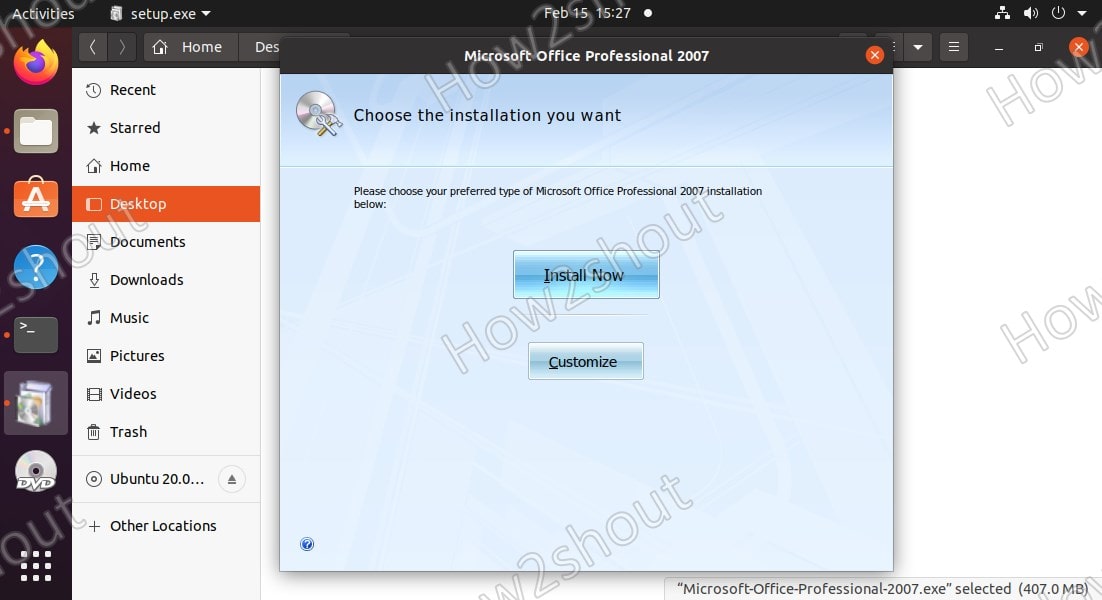 Supply the product key of MS Office otherwise get the one online. 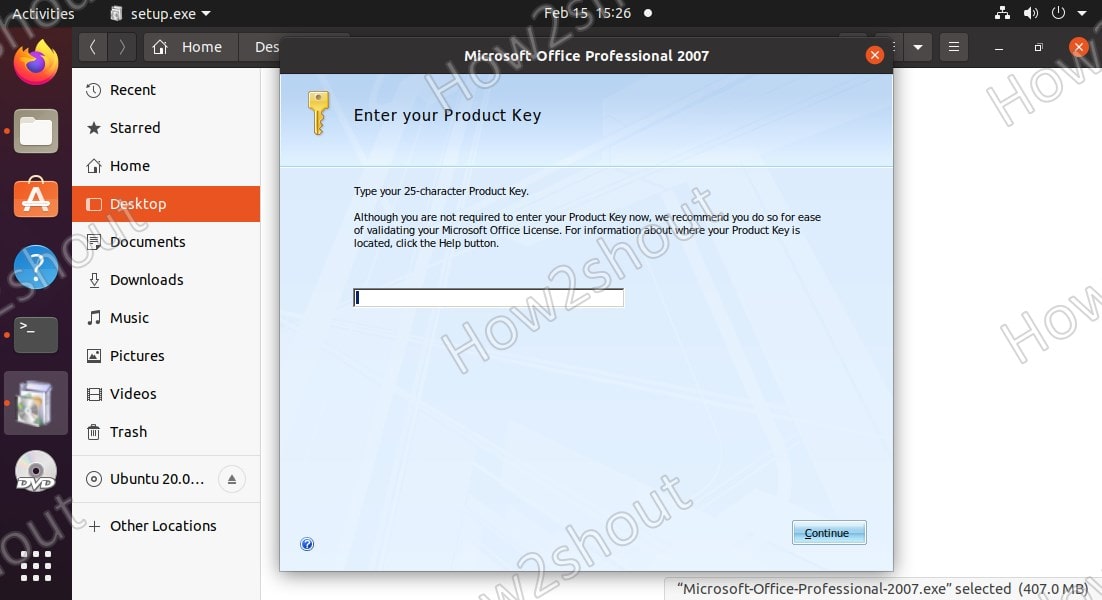 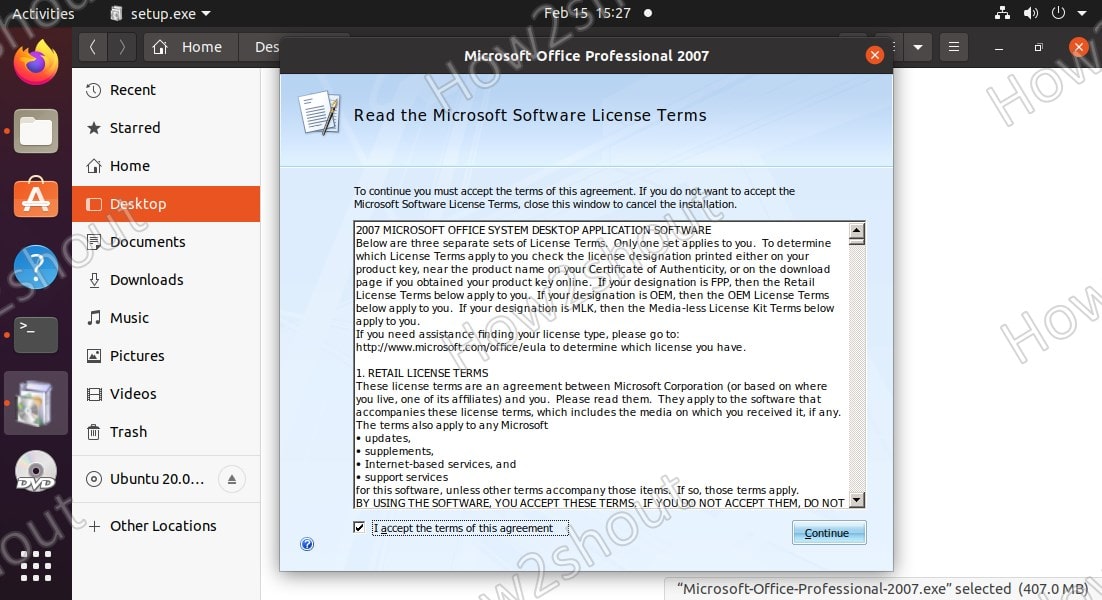 Once the installation is completed, close the setup. 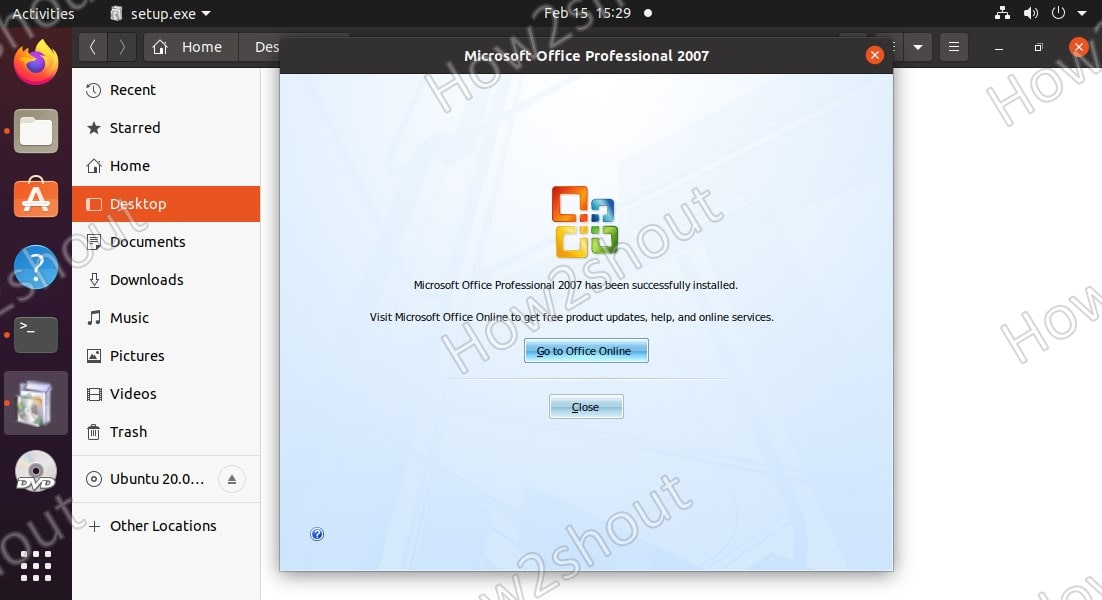 Finally, go to All applications and search the Office application that you want to use such as Microsoft Word, Excel, Powerpoint, Outlook, and others. Click on its icon. Or else, simply double click on the document file you want to open, and the system will automatically identify and open its corresponding supported the application of Office. 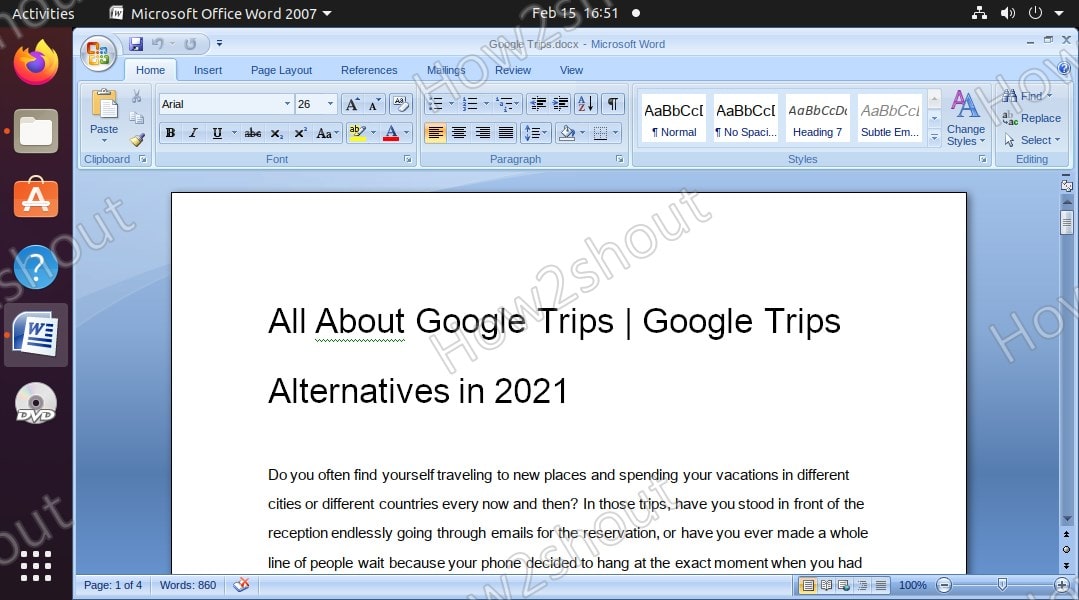 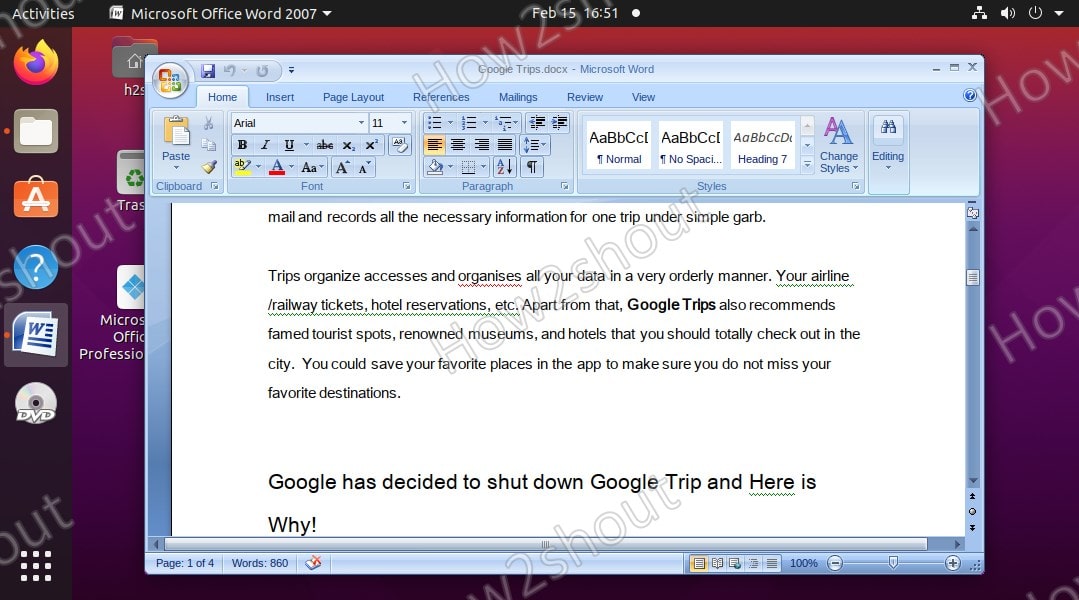 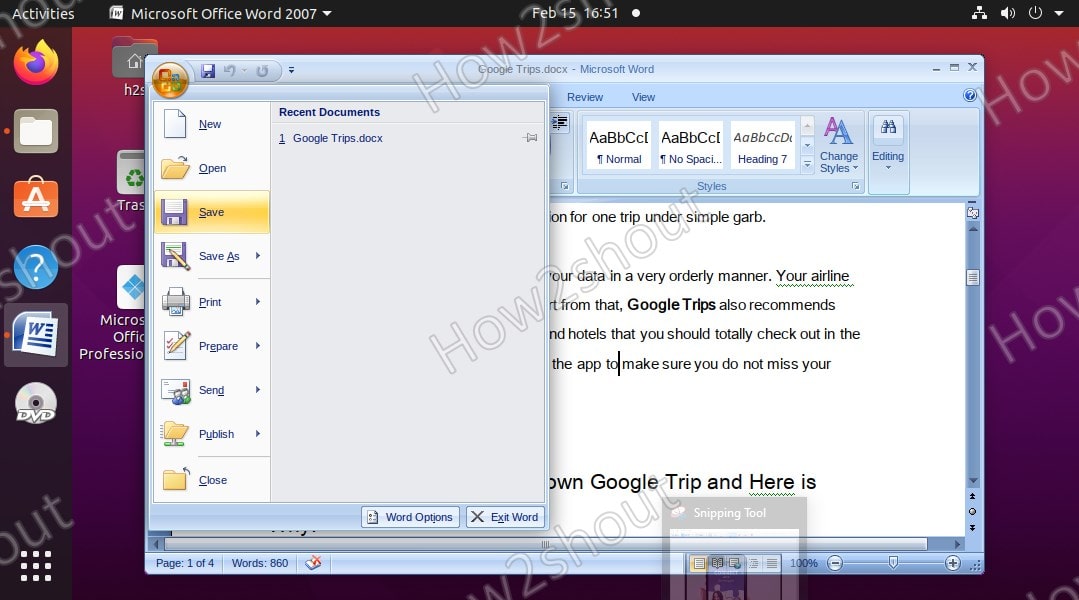