Managing and modeling multiple databases is complicated using the command line interface of MySQL. Therefore, to make things easy Oracle also offers a GUI software platform called – MySQL Workbench. It offers a graphical user interface and a set of tools for working with MySQL databases. It provides extensive functions for daily work with the databases and can be used to design, create, edit, administrate and display databases. The software is able to extract structures from already existing databases and reproduce them clearly.

MySQL Workbench is available in a free and a commercial edition. Developers can visually design databases offline and host them on a MySQL server. For advanced users who need additional functions, extensions with scripting languages ​​can be integrated into the tool.

It is cross-platform software, hence can be used on computers with the operating systems Linux, macOS, or Microsoft Windows.

Features and capabilities of MySQL Workbench

Here is a glimpse of key MySQL Workbench functions it provides:

It will ask you to allow the adding of repo, just press Y and hit the Enter key. 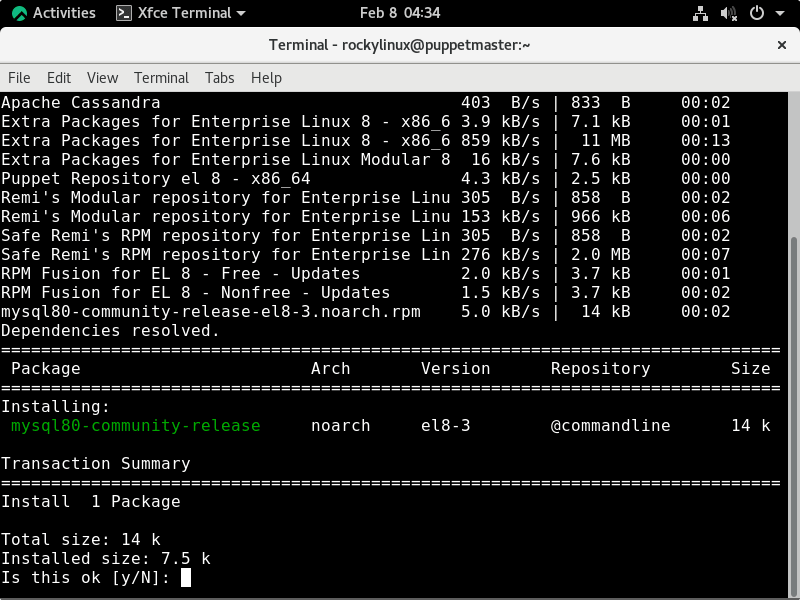 After adding the repository, the next step is to run the system update command that will refresh the repository cache to make sure, the system will get the latest available packages from the added Repos.

We have successfully added the source to get the packages for Workbench, the next step is to use the DNF package manager to easily download and install MySQL Workbench on RedHat-based operating systems.

That’s it, you would already have the Workbench on your system. Now, we can run the application, for that either type- mysql-workbench on the terminal or go to the Application launcher, search for it and click when its icon appears. 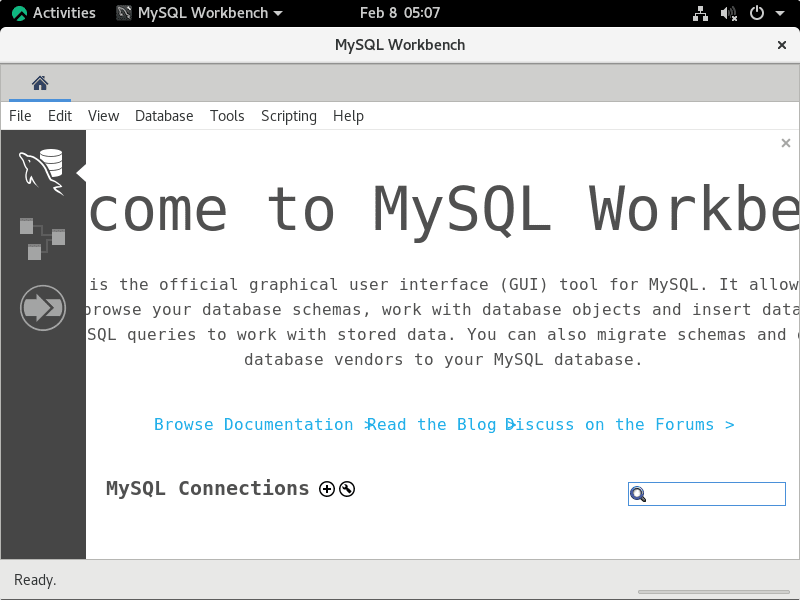 We have used a dedicated repository to install WorkBench, hence if there is any kind of version update available, running the system update command will download and install that as well.

Those who don’t want to MySQL Workbench anymore on their Almalinux or Rocky Linux systems they can remove that with the help of given commands:

To know more about it, readers can visit the official website of this tool.

• 4 Ways to Check MySQL or MariaDB version on Linux
• 2 ways to Install Mysql Workbench on Debian 11 Bullseye Linux
• How to Install and Use SQLite On Ubuntu 20.04 LTS Focal Fossa