PlayOnLinux is a graphical frontend for Wine. It helps in installing, configuring, and uninstalling Windows applications on Linux. In addition, it allows each Windows program to be installed in a separate Wine prefix, with which a program can be assigned a different version of Wine or individual programs can be configured independently of each other. For example, it is possible to run games that no longer run under current Wine versions with an older Wine version.

Many programs run on Playonlinux only (or best) in their 32-bit version. However, native support for 32 bits is getting less and less on Ubuntu. Since at least Ubuntu 20.04, the support of the Linux system for 32 bits must be created manually. In addition, the package “wine32” must be installed. The package “wine32-preloader” is recommended in this context.

The steps given here to install PlayonLinux are also applicable for other versions of Ubuntu such as 18.04/20.04 including for Linux such as Debian, Linux Mint, POP_OS, ElementaryOS, and more…

We can install PlayonLinux using the graphical user interface. For that click on the Ubuntu software icon given on the left side app Dock.

After opening the Software center app, click on the Search icon, after that inside the search box type- playonlinux. Soon, in the search result, you will have the front-end application for the wine. Open that and click on the “Install” button.

If you are comfortable with the command line then open your terminal and first run the system update command as given below:

We don’t need to add any third-party repository for getting this front-end GUI for Wine, the packages to install it on Ubuntu are already available through its standard repository. Hence, simply use the APT package manager to get it.

Once the installation is completed to check the version used;

Go to the Application launcher by clicking on the “Show applications” icon given on the Dock of Ubuntu. And then search for the installed “playonlinux”; as its icon appears, click to run the same.

To install a program listed on PlayonLinux- click the “Install” option given in the toolbar. Select the program from the given list or search using the box given for it and then use the executable of that to install on your Linux. playonlinux will prepare the corresponding environment automatically. For example Microsoft Word.

Alternatively, you can install the Windows application manually by using its executable file. For that follow the given steps:

For manual installation click the option “Install a non-listed program” after that select whether you want to install a new program (“Install a program in a new virtual drive”) or install a patch (“Edit or update an existing application”). 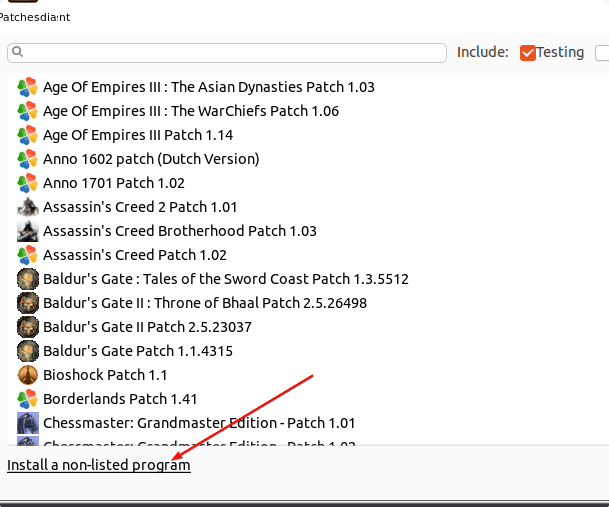 Give some name to your new drive. 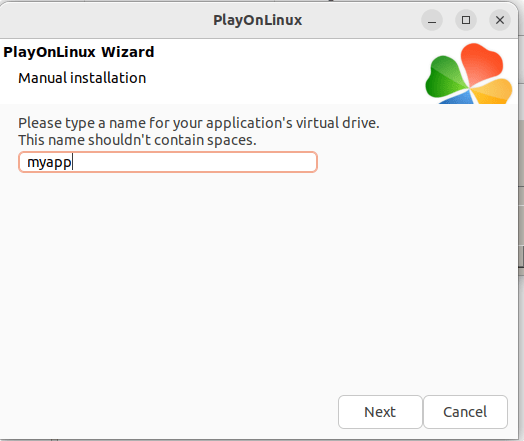 If you want to use any other version of Wine or configure the Wine setting or Install some libraries for your new virtual drive then from here that is possible. If you don’t have any idea about these settings then simply click on the “Next” button. 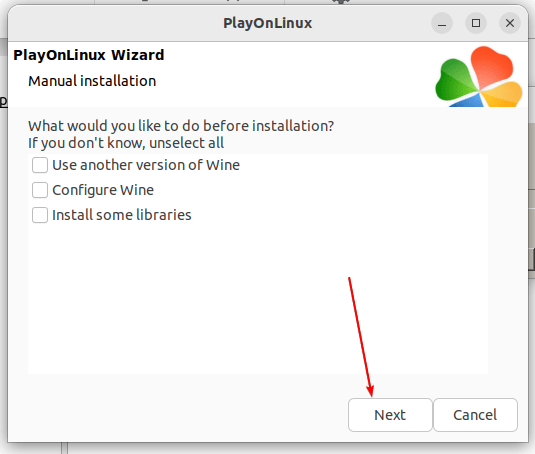 Select the architecture of the application you want to install using PlayOnLinux. 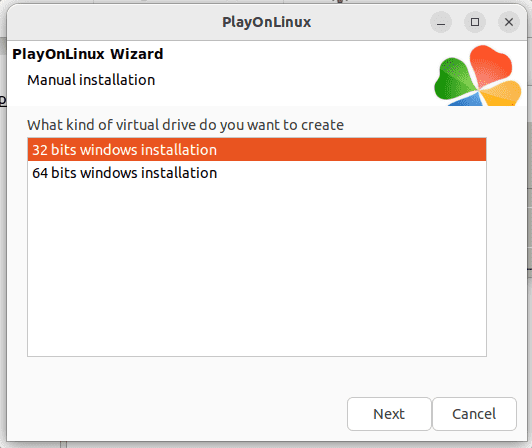 After that Browse the Executable file of the Windows program you want to install on your Linux.

Note: There is no guarantee that all kinds of Windows applications will work properly using the Wine or PlayonLinux. 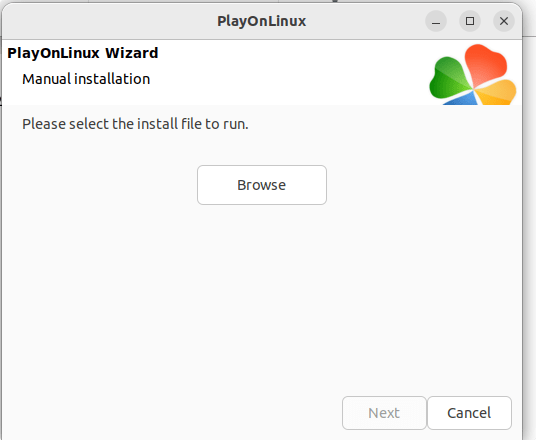 A very interesting feature of PlayOnLinux is the option to install different Wine versions in parallel and assign them to a program. The menu item “Manage tools → Wine versions” takes you to the dialog shown on the right. In this dialog, all Wine versions are listed and you can install them by clicking the version number and then the arrow key to add it. The Wine version will then be downloaded and installed automatically. 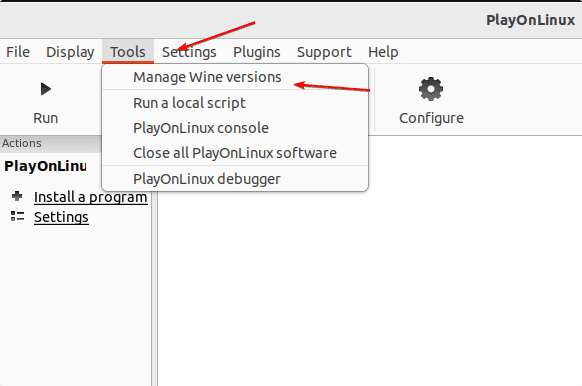 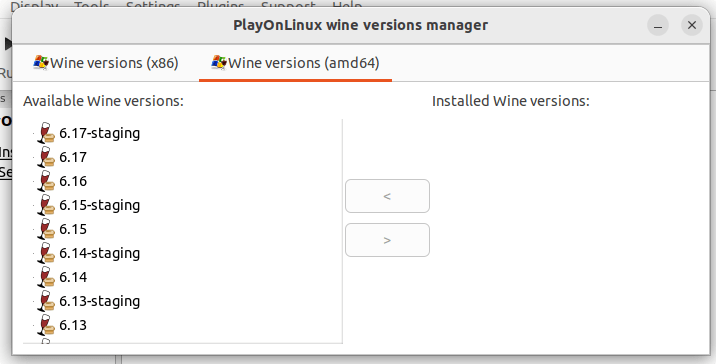 In the future or due to any reason those who want to completely remove PlayonLinux from their system can use the given command: