Peer-to-peer file sharing is not a new concept, however, to download files from such a network we need client software like qBittorrent. Here we let you know the steps to install qBittorrent on Kali Linux.

qBittorrent is a file-sharing client that allows access to the BitTorrent network and participation in sharing is possible. It is one of the popular alternatives to client uTorrent.

It is an open-source cross-platform available for Windows, Linux, and macOS. In addition to this qBittorrent also offers a portable version, so that installation on the computer is no longer necessary.

The first version of qBittorrent was published in March 2006 and since then the program has been in an active development phase.

Here we will use the command terminal to download qBittorrent packages. Thus, either use the keyboard shortcut Ctrl+Alt+T or use the Terminal icon given in Xfce Taskbar to open it.

We don’t need to add any repository, the packages to install this Torrent client are already in the official repository of Kali. Thus, simply run – 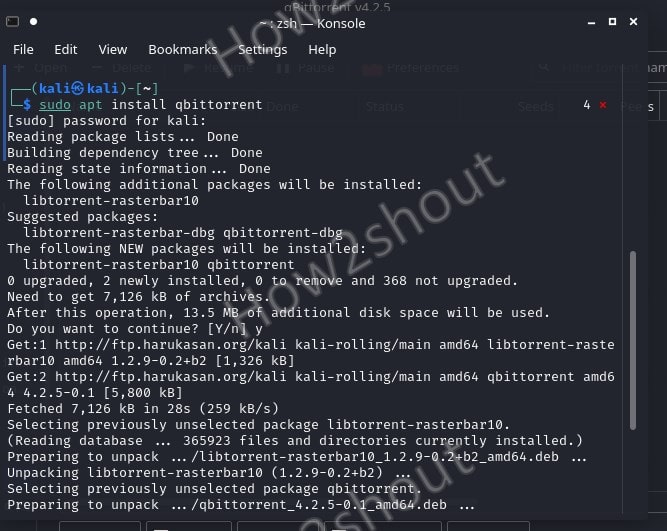 Go to Applications and search for qBittorrent. As its icon appears, click to run it. A legal notice will pop-up, read and click on the “I Agree” button.

You will have your Torrent client ready to use. To download some file either use the URL, magnet link, or directly the torrent file.

The interface of the application is simple and very easy to understand by anyone. The software also has an integrated RSS reader so that qBittorrent can be used to download files directly from RSS feeds. Furthermore, qBittorrent can run over a VPN (Virtual Private Network) and proxy servers are also supported. 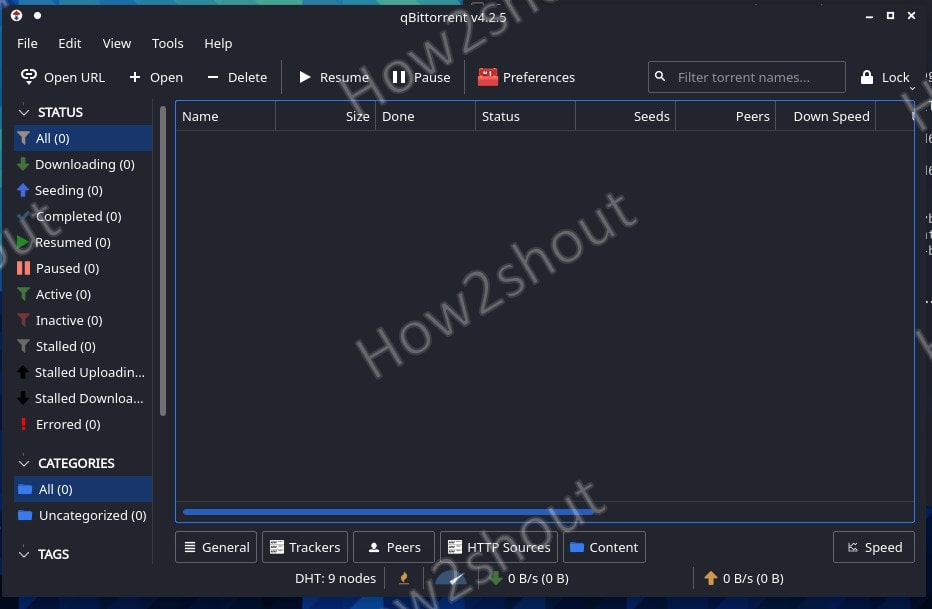 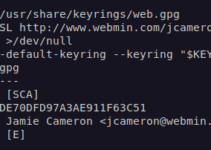 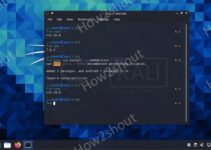 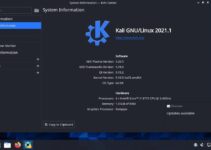 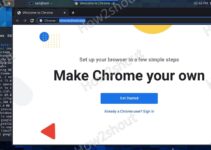