Install SuperTuxKart on Ubuntu 22.04 LTS Jammy JellyFish using the command terminal to start playing the game on your Linux.

SuperTuxKart is a free 3D kart racing game more about fun than realism. The goal of the game remains to be the first to cross the finish line if possible. There are 12 race tracks, time, single, and Grand Prix races as well as a multiplayer mode via split screen, via the Internet, and in the local network available. In addition, there are plenty of additional karts and tracks as add-ons.

It is an enhanced version or a fork of an earlier developed game called the TuxKart racing game. In comparison to the TuxKart comparison, it adds more new roles and the race route, a new interface, as well as some small graphical improvements. It’s a fun competitive game that focuses on fun and ease of use.

The steps given here to install Super TuxKart can be used for other Ubuntu-based operating systems such as Linux Mint, Elementary, POP!_OS, and more…

The first thing to perform before installing the SuperTuxKart game on your Linux is to run the update command. This will refresh the APT package index cache.

Next use the default APT package manager and the Ubuntu repository to install this free and open-source Linux game. We don’t need to add any third-party repository or perform any manual downloading of executable binary from its official website.

Once the installation is completed go to Application launcher and there search for SuperTuxKart. As its icon appears in the results, click to run the same.

After running the above script the graphical interface of the game will open, from where click on the YES button to allow the game to download add-ons and notify you of updates. 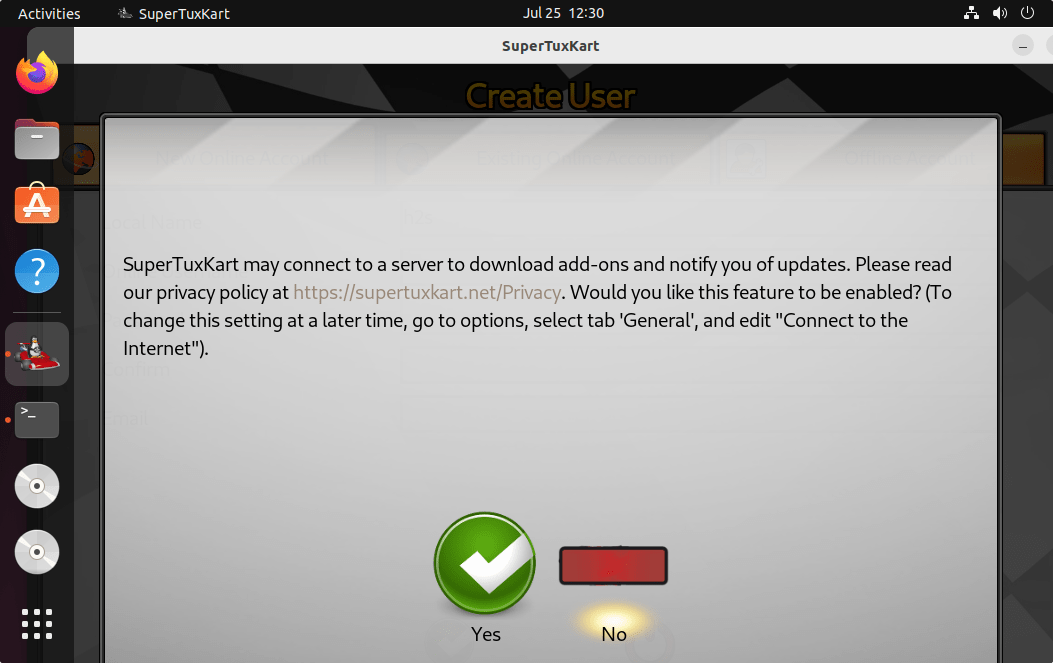 If you want to play it online then create an online account otherwise just go for an Offline one. 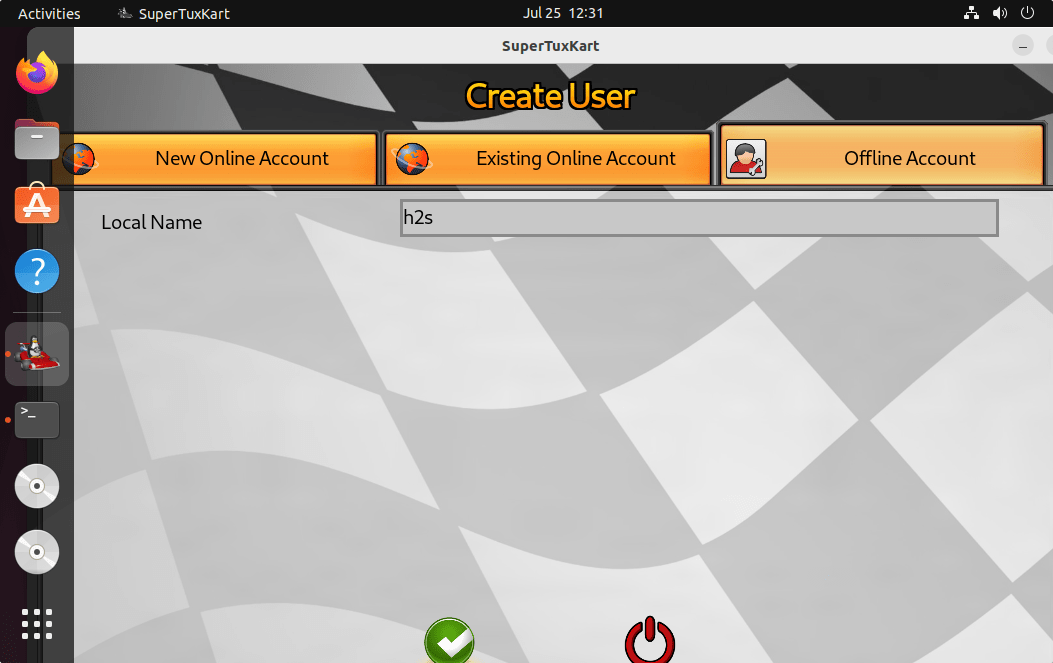 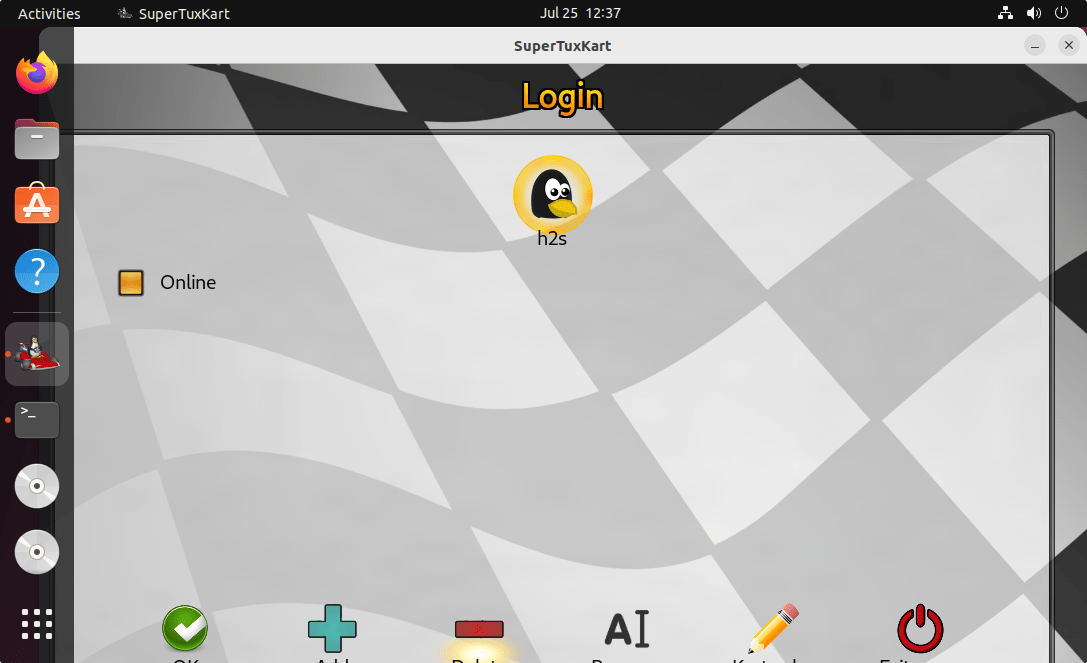 6. Choose the Game mode of Play

It offers multiple modes such as:

Story mode: Drive the car selection on a map and complete the corresponding tasks, and get the points to unlock the locked map, mode, or character.

Single player mode: You can compete with your computer. There are four levels of computer intelligence, namely, beginner, intermediate, expert, and “Super Penguin”. The “Super Penguin” level is smarter and needs to be unlocked by completing specific tasks through the story mode. You can have up to 19 cars competing with you.

Local Multiplayer mode: Play on the same screen with friends.

Online Mode to play with other players using the internet connection or LAN. 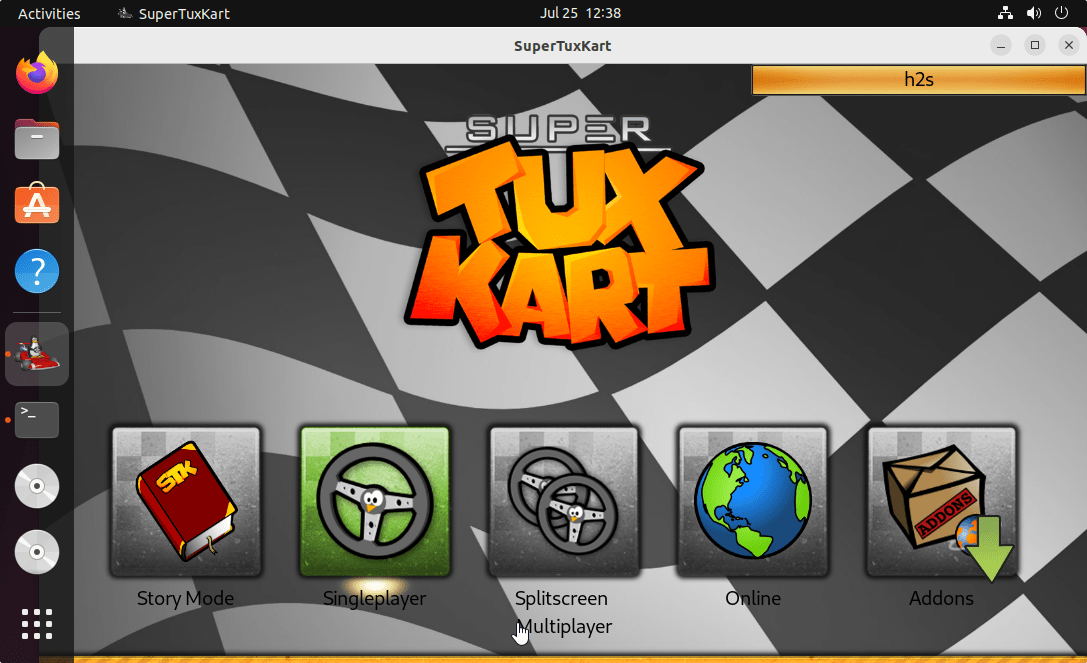 There are around 12 karts with different characters those are unlocked while others are locked and require a certain level of achievement in-game to use them. Select the one which you like and move forward. 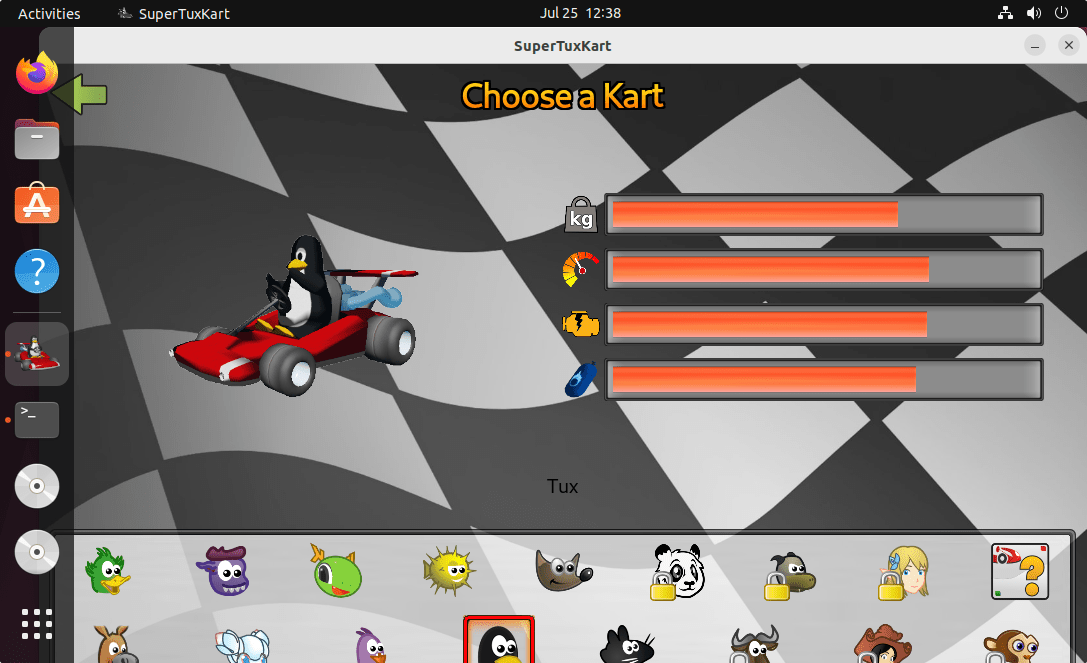 SuperTuxKart offers multiple levels of difficulty in the game. Thus, if you are familiar with the game then you go for advanced ones else Novice is the best option to start with the game. Furthermore, in this section of the game, you have to also select the mode of the game such as:

Normal Race: Pick up the props on the way and frame the opponent, or pick up the energy and accelerate, first complete the victory of the game.

Time Trial: In a certain amount of time one has to win the Race.

Battle: Available only in multiplayer mode. Attack the opponent with props, knock them out 3 times and then eliminate them, leaving the last winner.

Soccer: Available only in multiplayer mode. Push the ball to the opposite goal to win the score.

Egg Hunt: Explore the track and find all the hidden eggs. 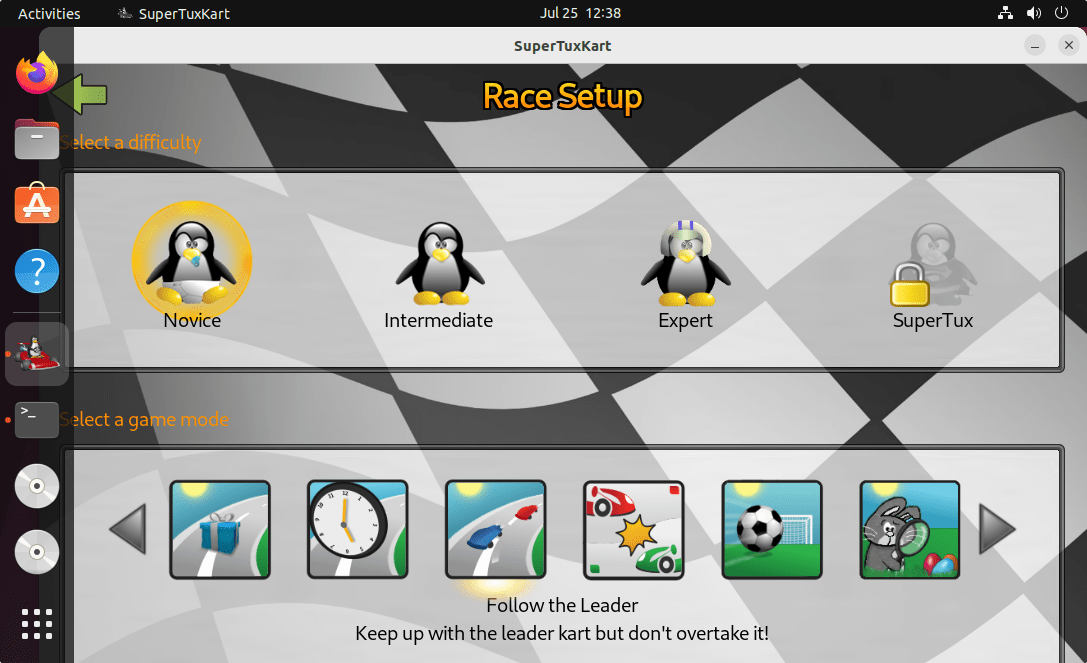 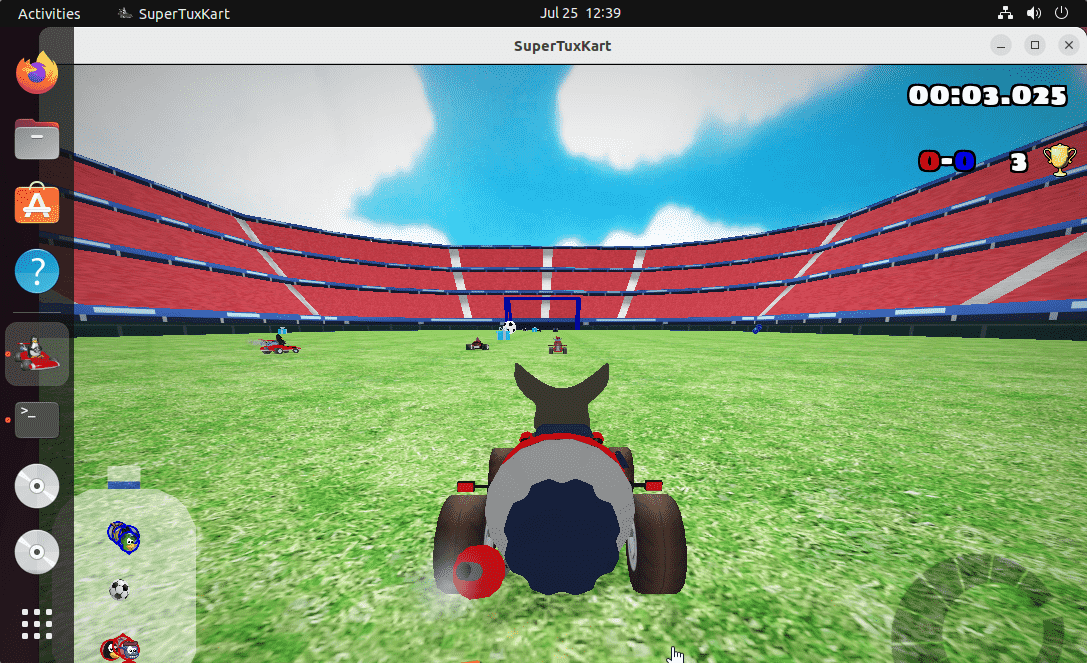