The Sniffer Wireshark is available in all Linux distributions to easily install. Apart from it, the executable can be downloaded for Windows and Mac OS. This open-source application is very useful for network administrators. IT can record the traffic, where you can look at the contents of a data packet. The IP address of the target system is always logged. Wireshark, for example, can be used to expose notoriously programs using networks to perform some unusual tasks. You can also statistically evaluate the collected data traffic, for example by searching for particularly large packets or picking out addresses that are frequently accessed. A counter-test of who owns such an IP address may then put you on the trail of an attack.

Wireshark logs the network traffic of the interfaces of the system on which it is installed. It can therefore examine all incoming and outgoing connections of the respective computer. At the same time, it also receives all data packets that are sent to all systems in the network (broadcasts).

The commands given in this tutorial can be used for other versions of Ubuntu such as 18.04 including Debian and its based systems.

We don’t need to surf some website pages or add any repository. Because Wireshark is available to install using the standard repository of Ubuntu. Hence, first of all, run the system update command that will refresh the APT package manager package index.

Well, the Wireshark version is available to install using the standard repository will be the stable one but not the latest. So, if you want to avoid adding of additional repository then this method is perfect for you. Simply run the given command and you are done.

Those who want to install WireShark’s latest version, need to add the PPA repository created by the developer team of WireShark.

After adding the WireShark PPA repository, we can install the latest version of this program simply using the APT package manager, just like we do for any other application to get using the standard repo of Ubuntu.

5. Use WireShark as a non-root user, if need

The system by default only lets users with sudo access to capture network data, if you also want the non-root users to use the Wireshark to analyze the network then select the Yes option otherwise let the No selected and simply press the Enter key. 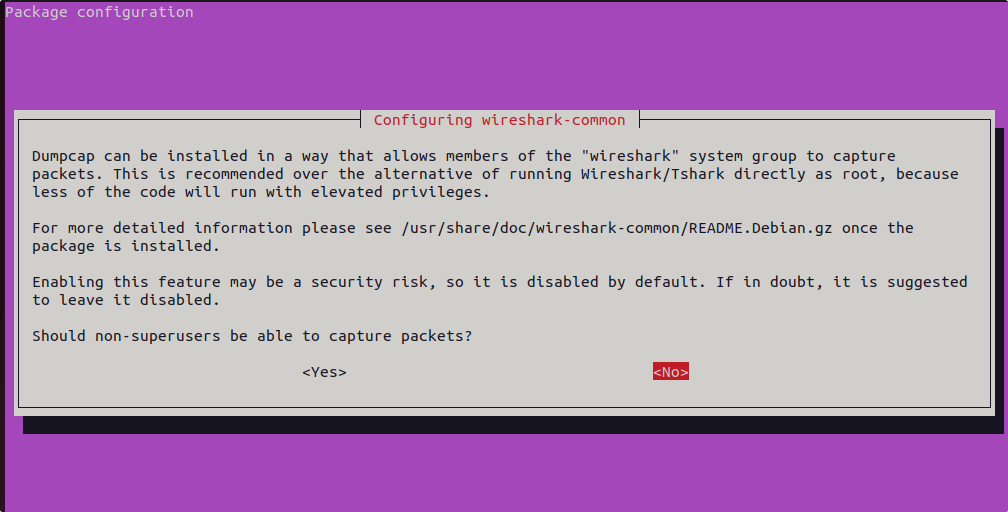 Once the installation is completed we can check its version, to know what version has been installed on our computer, run.

We can easily use the WireShark to capture the data from available network interfaces and analyze what is happening. Wireshark logs the network traffic of the interfaces of the system on which it is installed. The program can record data traffic, allowing you to view the content of a data packet. The IP address of the target system is always logged. For example, Wireshark can be used to unmask programs that are notorious.

After you have started Wireshark, the software first shows you the interfaces of the computer. In the overview, mark the entry for the interface that is to be monitored. 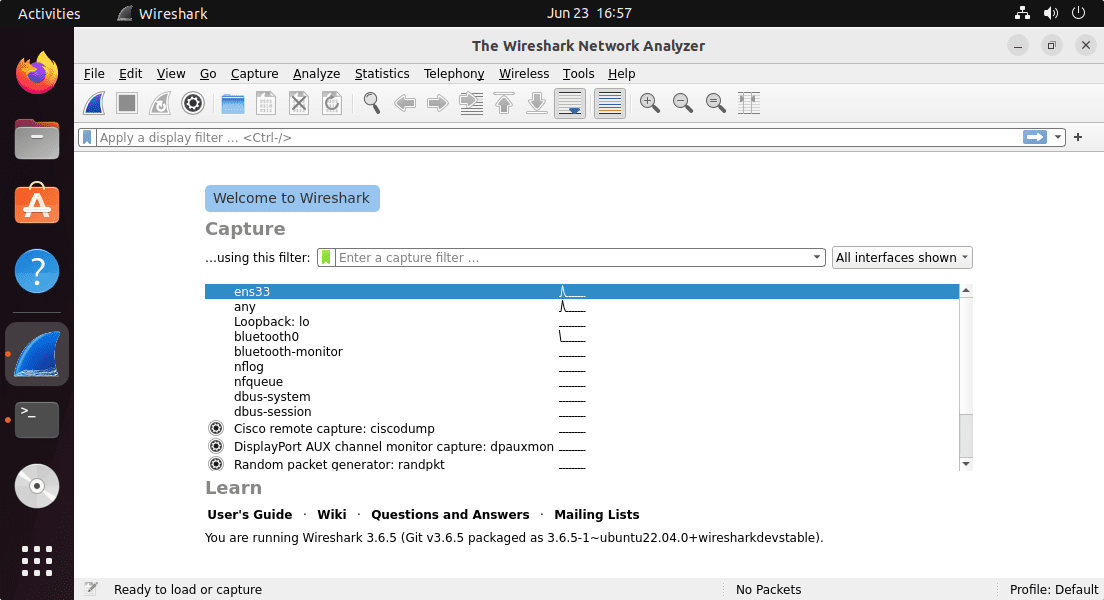 Click on the shark flipper icon in the top left corner to start recording. Continue working with the system as usual. When detecting unwanted network traffic, it is impossible to determine with certainty when a computer will call up its target host. Incidentally, at a later date, if you have a protocol or a destination under particular suspicion, Filter traffic recording from the start. In the “Record” menu you will find the entry “Recording filter“. 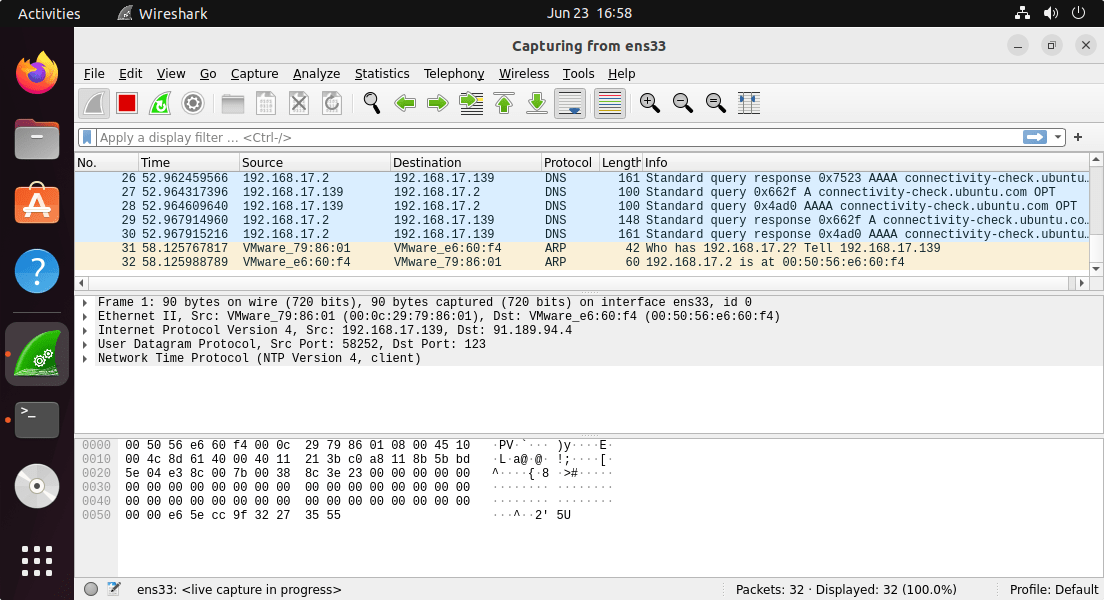 As we have used either the system default repository or PPA to install WireShark on our system, hence, to update it to its latest version, we just need to run the system update or upgrade command.

Many times after some time we don’t require some software on our system to free some space. If that is the case without and the software is Wireshark then here is the command to remove it.

Whereas those who want to remove its added PPA as well can use the given command.