Now, if you are done with CentOS 8 Linux desktop or server and want to shift its repo to CentOS Stream to get further rolling updates, then here is the tutorial to convert your existing CentOS 8 repo to Stream.

As we know RHEL is the upstream version of CentOS, therefore, the 8.x version of Redhat used by CentOS will be discontinued at the end of 2021. Yes, the decision has been taken by the RedHat team, however, they are not completely abandoning the CnetOS project but only the LTS version that has been used widely on various servers, especially by hosting ones. The company will continue with CentOS Stream, a variant of the Linux distribution that has been available since September 2019,  a “rolling-release” means the latest update every month and thus fresher packages than Red Hat Enterprise Linux (RHEL).

The reason why they want to still continue the rolling-release is to make the enterprise RedHat OS more stable and bug-free. Therefore, this will force users to look for CentOS alternatives for their servers and most of them for sure will go for Ubuntu LTS versions. Oracle Linux and OpenSUSE are also good contenders in the list. The only issue that will be there is the migration. For example, CPanel (WHM) runs on CentOS, therefore either the hosting companies have to go for RHEL, a paid solution, or CloudLinux.

CentOS 7 will continue to be maintained till 2024

Well, the good news, if you are on CentOS 7 then your application will be saved and OS as well. Because the CentOS version series 7.x will receive updates until the regular end of support in June 2024 and remains unaffected. CentOS 7.9 will therefore be the last edition to be created from the RHEL sources. However, the thing to be noted that is we cannot convert CentOS version 7 to CentOS Stream because of the big differences between them.

Nevertheless,  still, there is time, so we definitely have alternative projects like Rocky Linux (Github page for the project) until the end of CentOS 7/8 support. On the other side, the systems installed with CentOS 8 can be switched to Stream by changing the repositories. However, separate installation media are also available for Stream, updated approximately every month. 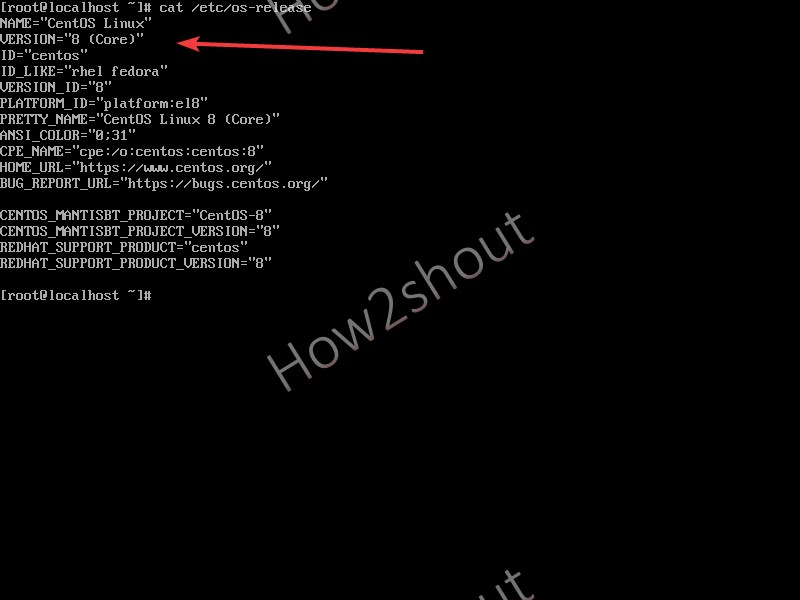 If you are using the command-line interface server version then you already there, however, on GUI, go to the Applications and search for “Terminal” to run it.

Before moving further run the system update command to make sure all the packages on CentOS 8 Linux are up to date. 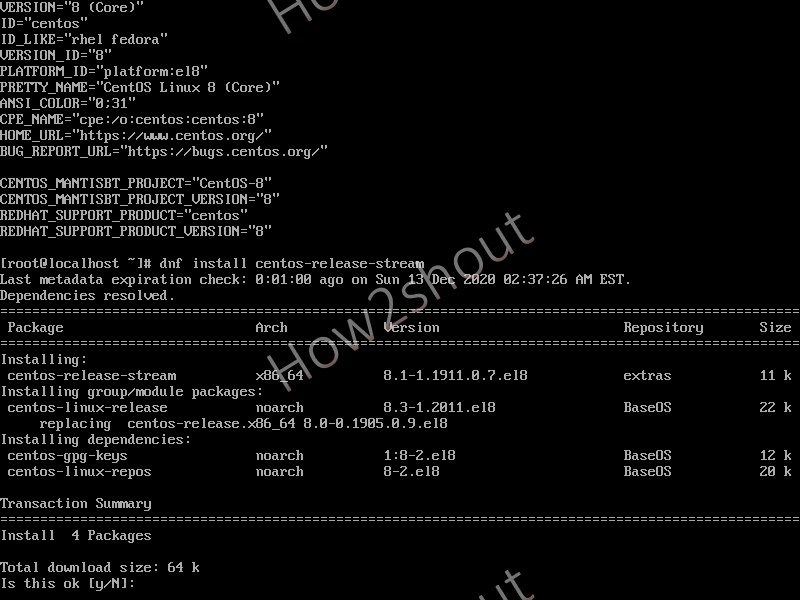 After the above command let’s swap the repository of our exiting Linux OS with the rolling release one which is the Stream.

Sync your existing distribution packages with the stream, that makes everything up to date, and all packages and their version will get synced to stream.

The syncing will download some packages, once the installation of them is done. Check out the version of your OS to confirm the migration from 8 to stream has been done successfully. 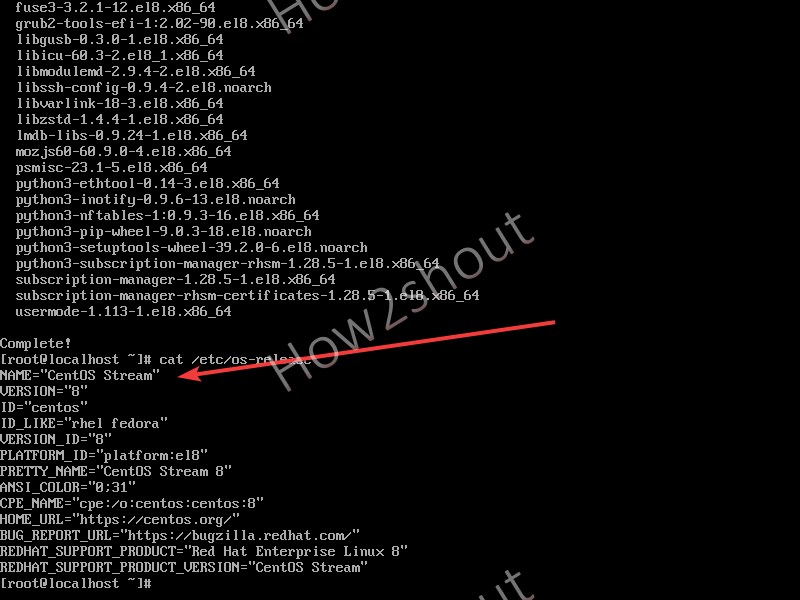