Do you want to switch to the old Ambiance app theme on Ubuntu 20.04 LTS Focal Fossa? Then via this article, we let you know how to do that in a very easy way.

Well, earlier in the old versions of Ubuntu we were getting Ambiance or Radiance as the default theme. However, this got changed with the release of Ubuntu 19.10 because since then we have had Yaru as the default one. Nevertheless, that doesn’t mean we cannot switch back to the old days (themes) on the newer versions of Ubuntu. After all, it is just a theme but may give some a familiar feeling.

And the best thing is the package to install the Ambiance theme is available in the default official repo of Ubuntu, hence just follow the given steps.

Before doing anything once run the system update command to refresh the system repo cache.

The first thing we need is the popular Gnome Tweak tool that will help us to easily change the Ubuntu themes with just a few clicks. Hence, to get it run;

The package to Ambiance and Radiance themes are already available in the Ubuntu base repository, hence there is no need to look anywhere else except using the APT package to download and install the “light-themes package”. 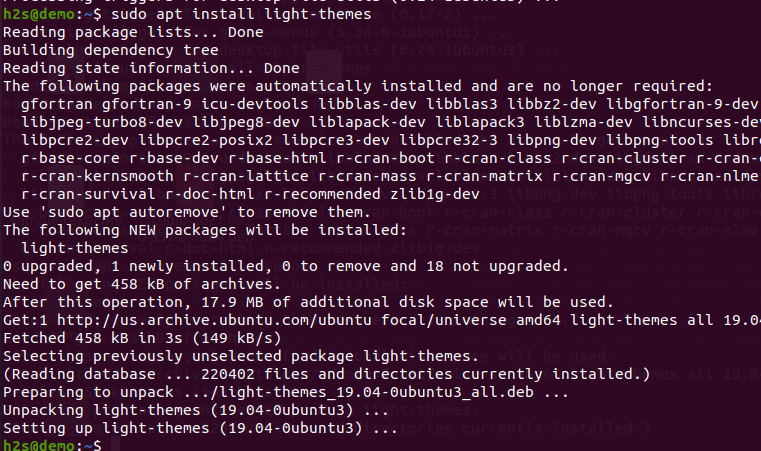 Go to Application Launcher, search for Tweaks and open it. Now, under Appearance, select the drop-down given for Applications. From there you can either select Ambiance or Radiance as per your choice to set the Theme for Apps on Ubuntu 20.04. 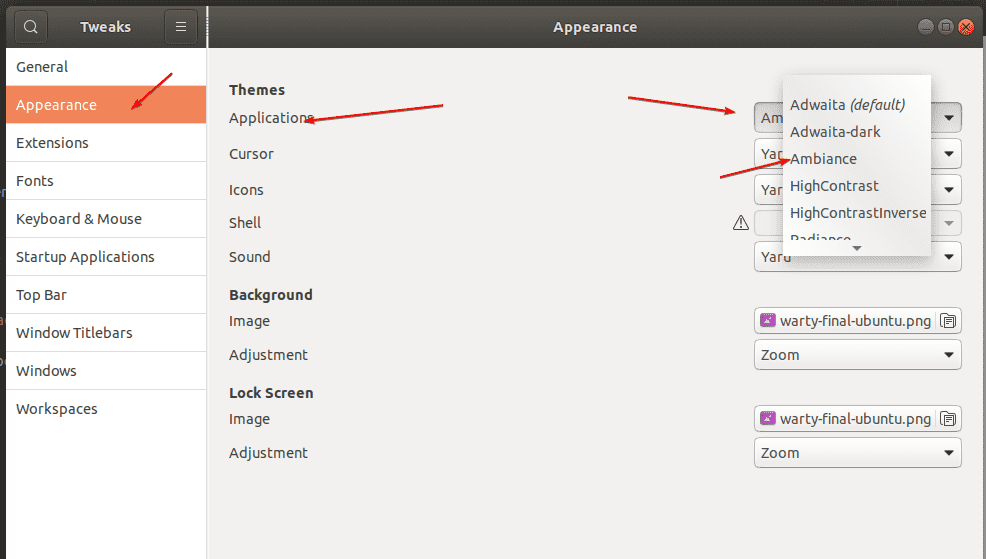 In this way, we can change the theme to Ambiance or Radiance or back again to Yaru on Ubuntu. 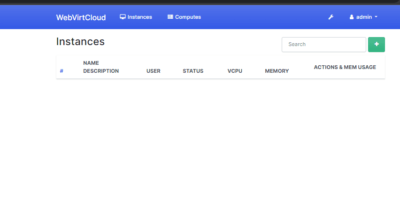 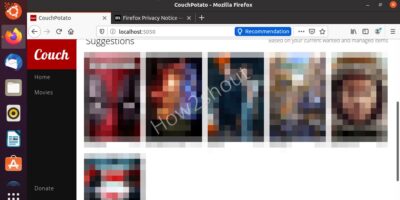 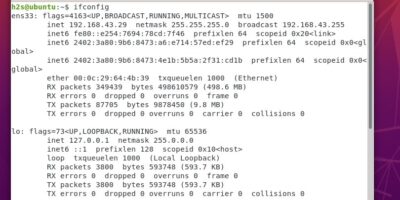 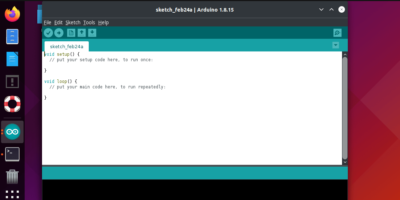