Apache JMeter is open-source like any other Apache foundation project. It is meant to analyze system functional behavior by running performance tests, regression tests, stress tests, and database servers based on different technologies. However, earlier it was designed to test only web applications.

JMeter is Java-based, hence can be used to know what would be the performance of various applications and software. It sends a request to web or application servers for different loads by simulating browser behavior. The scripting language for JMeter is Groovy (an object-oriented programming language used for the Java platform). Browser plugins are also supported in this testing platform.

What do we require to perform this tutorial?

The given steps can be used for other Ubuntu versions such as 21.04/22.04 including Linux mint.

First, run the system update command that will ensure all the existing packages of our Ubuntu 20.04 are up to date and will also refresh the repository cache as well.

We can install the Jmeter directly using the default system repository of Ubuntu 20.04. However, the available version through it, will not be the latest one.

As Apache Jmeter is based on Java, hence our system must have Java installed to run it. If you already have the latest version of JRE or JDK then simply skip this step otherwise use the below command to get it. JMeter requires Java 8 or higher.

Here we are installing the available OpenJDK 11:

The latest version while doing this tutorial was version 5.4.1, however, you can get the latest one from the official download page JMeter.

Now, extract the downloaded file and for convenience change the name of the extracted folder.

Check the downloaded zip file and replace the version of that in the below-given commands:

Move it to somewhere safe such as /opt directory

6. Add the Jmeter folder to your system path

To easily access the Jmeter commands line tools without switching to its directory again and again, simply add its folder to your system path

Now, we can start it using a command i.e:

Well, those who are regular users of Apache Jmeter, can create a Desktop as well as Application launcher shortcut to readily access this testing application.

Save the file by pressing Ctrl+O, hitting the Enter key, and then Ctrl+X to exit the file.

You will have a Shortcut file on your Ubuntu Dekstop, simply right-click on the file and select the “Allow launching” option. 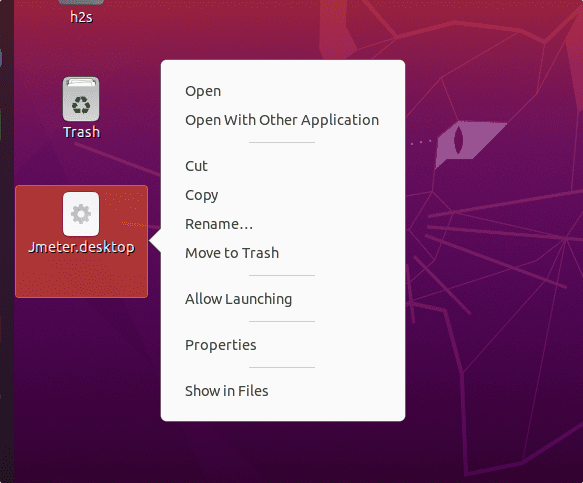 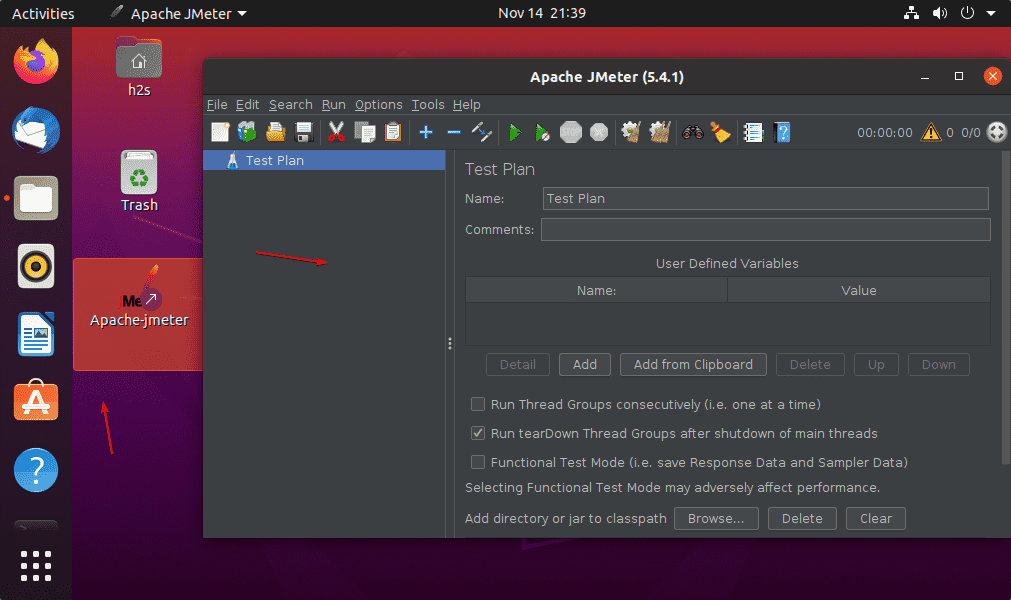 Also, add the shortcut in your Application launcher:

To completely remove the Jmeter from Ubuntu 20.04 use the given command depending on the method you have used to install it.

For the Manual method: