It is a professional open-source program and an alternative to commercial software such as Maya or Cinema 4D and imports or exports standard formats such as OBJ, FBX, 3DS, PLY, and STL.

Blender also can be used as a video editing software. We can perform various editing tasks such as cutting videos,  apply transition effects, use picture-in-picture effects, display 3D or 2D graphics, or add a soundtrack.

Here we will let you know the simple steps to install Blender on MX Linux using the command line and graphical package installer. The below steps can be used for Ubuntu, Elementary, and Linux Mint as well.

Go to All Applications and search for Terminal. Open it when its icon appears.

If you have not updated your system for quite a time, then run it so that MX Linux can rebuild the cache for official and other Repos.

Blender is a very versatile Linux operating system, it supports a wide range of packages without any third-party repository, the same goes for Blender. 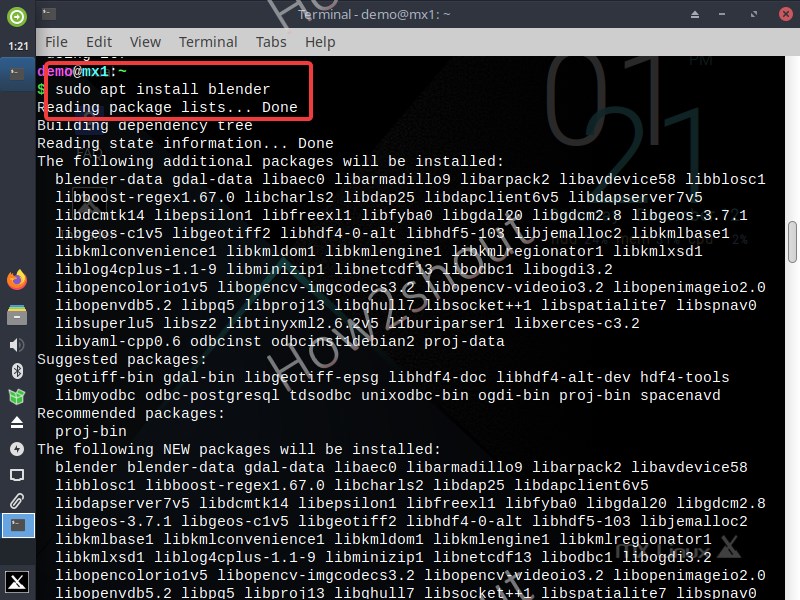 *****If you don’t want to use the command line, then use the below GUI method.

Under the All applications, search for “MX package installer” and then in the search box, type – blender. Check the box given in front of the package available to install for it. And then finally one the Install button. 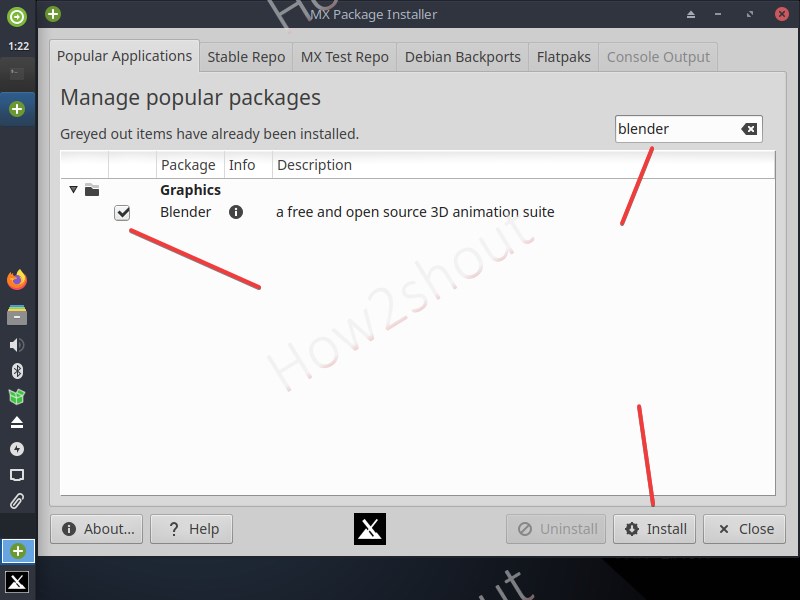 Simply from the Applications, we can start the Blender -3D app 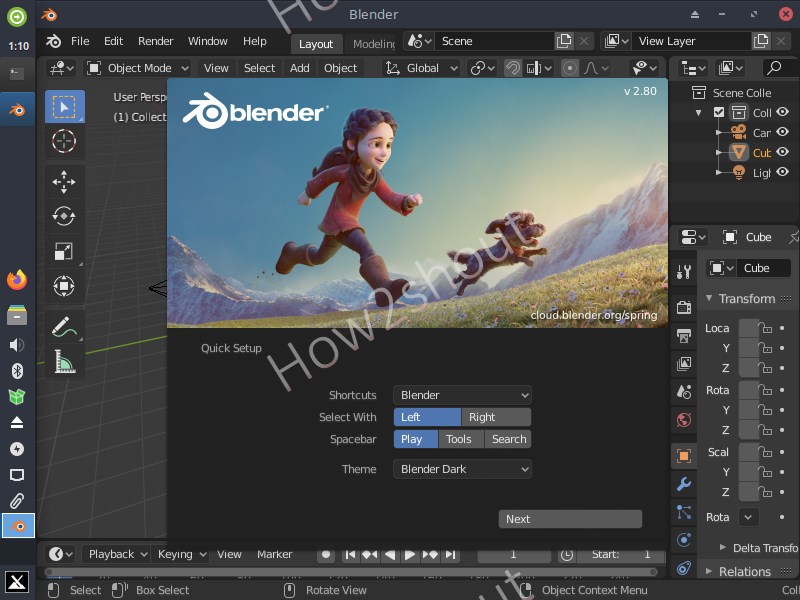 In case if you don’t require this CAD application anymore then use the below command to remove Blender. 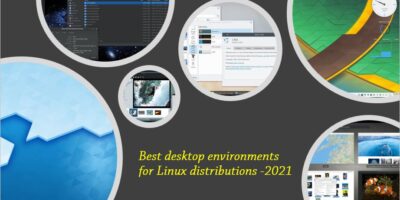 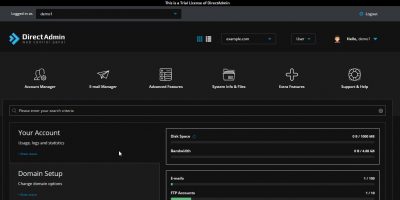 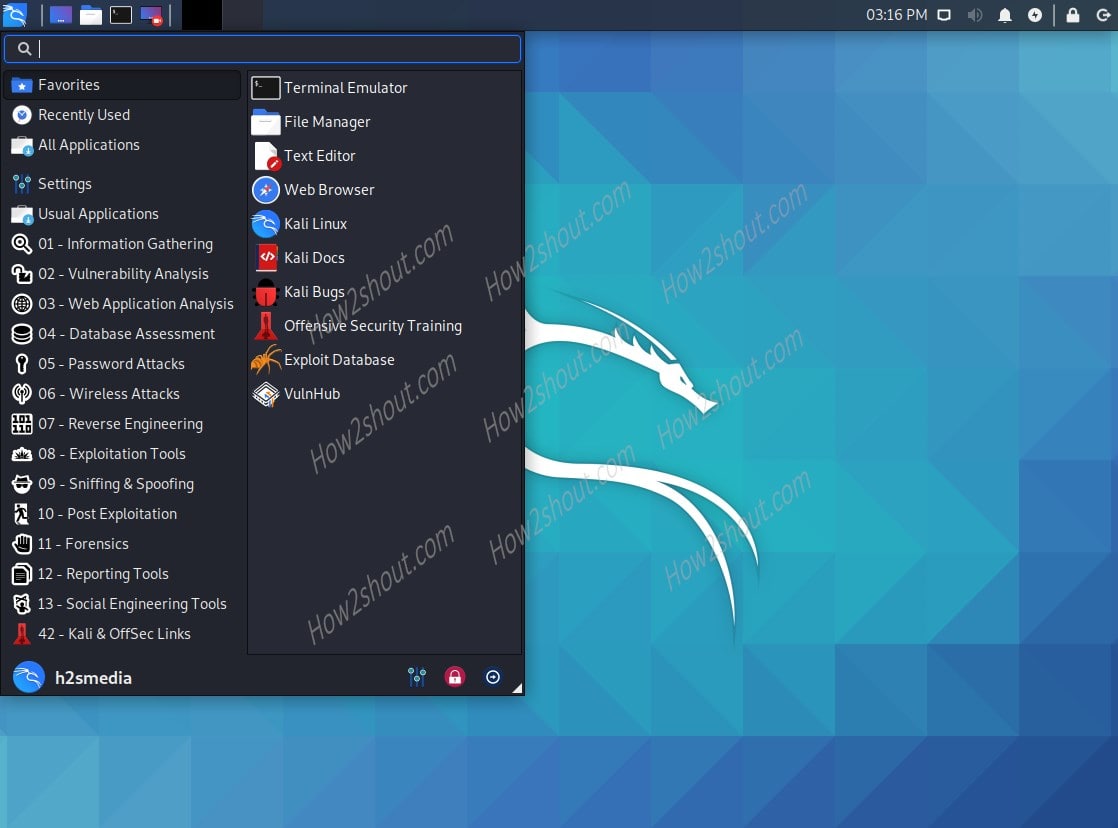 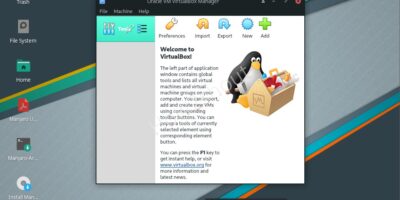