Bpytop is an appealing alternative to “htop” and “Top” kind of command-line system monitor tool. Here we will learn the command to install Bpytop on Ubuntu 22.04 or 20.04 LTS Linux.

Although we can monitor our system resources by using the default in-built system monitor tools on Ubuntu, however, we have to leave the terminal for that. Yes, I know classic Linux command-line tools such as ps, free and df are there along with somewhat clearer tools such as the “top” and the graphical, a little more appealing structure “htop”. However, having a little bit more interactive, easy to handle and structured tool is not a bad idea.

Hence, it is worth installing and experiencing “top” alternative Bpytop, which is written in Python, which, like the traditional candidates and does not require a graphical environment.

Well, being a Python tool, we can easily install Bpytop on Linux using Python’s PIP. The GitHub page of the project provides numerous instructions to install this tool on various popular Linux systems. However, the one which works on all is the Python package manager PyPi, you will get the latest version using it, even if the package management of the distribution used is not up to date… However, Ubuntu and other users can also use the SNAP package manager, as Bpytop is also available through it.

The steps given here will be the same for all Debian and Ubuntu (18.04/20.04/22.04) based Linux systems including POP OS, Linux Mint, MX Linux, Elementary OS, and others.

Well, if you are not looking for the latest version of this tool then can go for APT package manager – sudo apt install bpython

Most of the time, Ubuntu 22.04 | 20.04 would already have Python3 installed because it is needed by many other packages running on your Linux system. However, Pip will not be there. Hence, run the given command to install both.

Once the PIP is on our system, we can easily install the BpyTop tool using the command terminal, here is the one which you have to run:

As the installation is done we can start the Bpytop to monitor the system resources such as CPU, process, RAM, and more…

And the interactive interface of this command-based system monitor will open. You have to set up the LM sensors so that Bpytop can read the temperatures of the system and then display them at the top right next to the utilization of the processor cores. Depending on the distribution, this is always a little different. For Debian or Ubuntu, you can use: 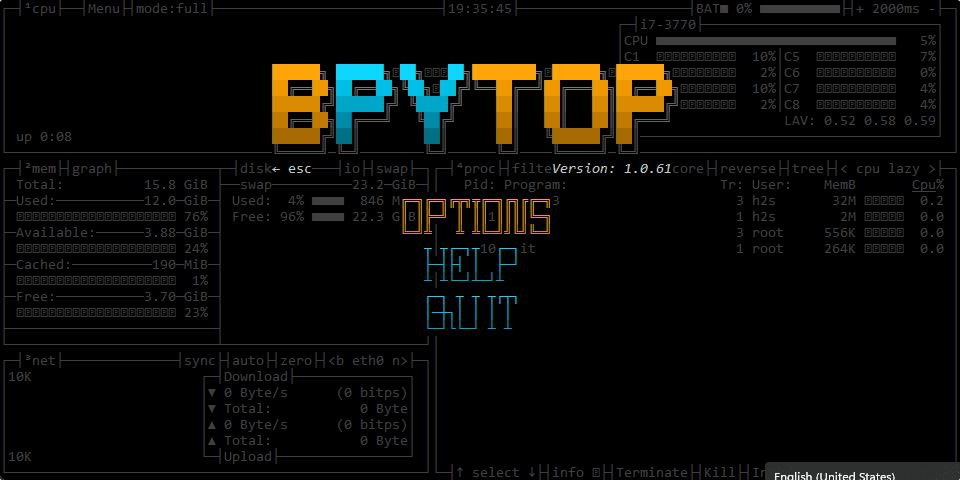 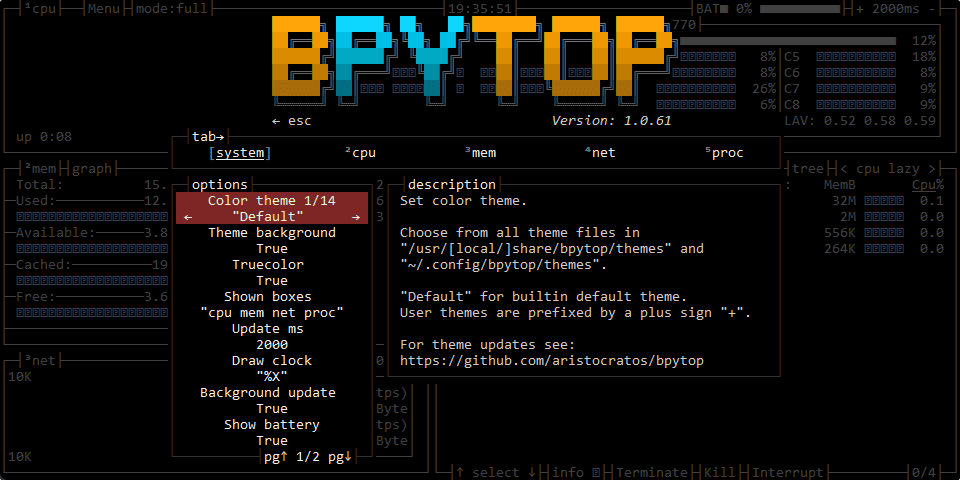 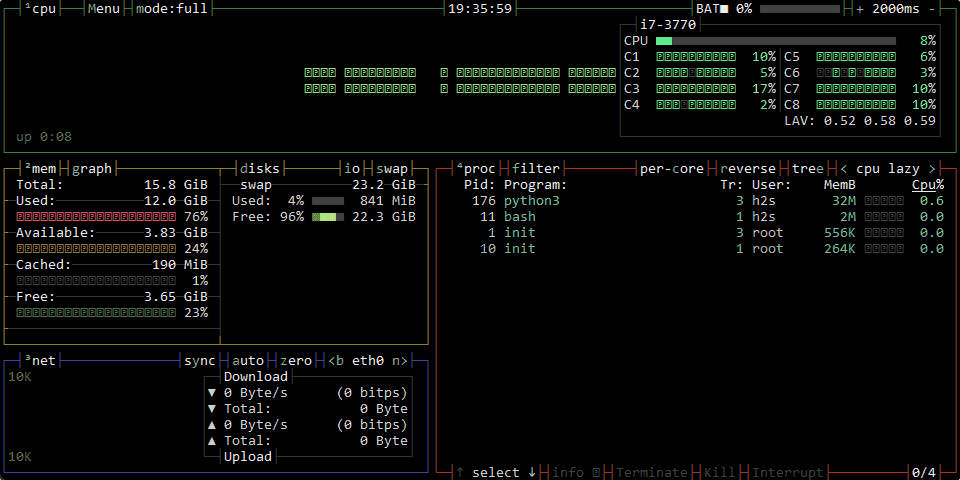 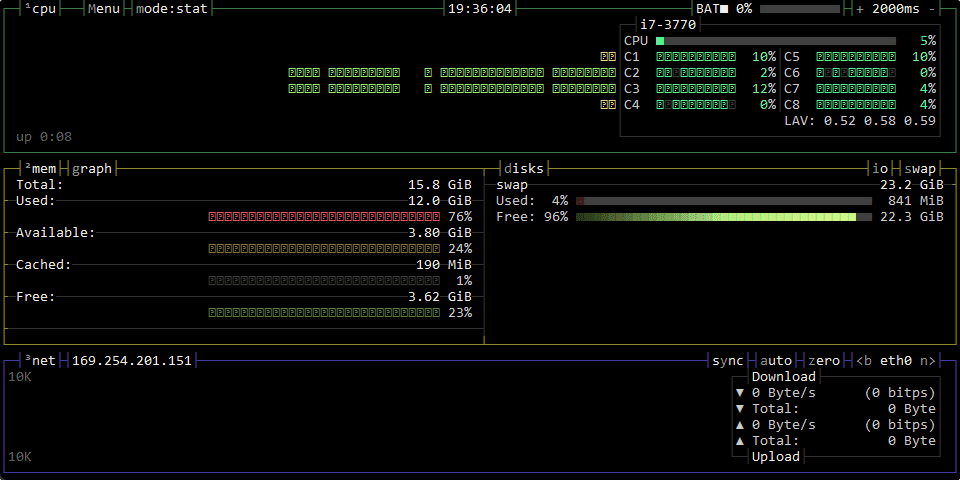 In the future, if you want to upgrade BpyTop, then simply use again the PIP Python package manager with --upgrade argument. Like the given in the command:

Those who want to remove the BpyTop later from their system can again use the Python package manager using the given command: 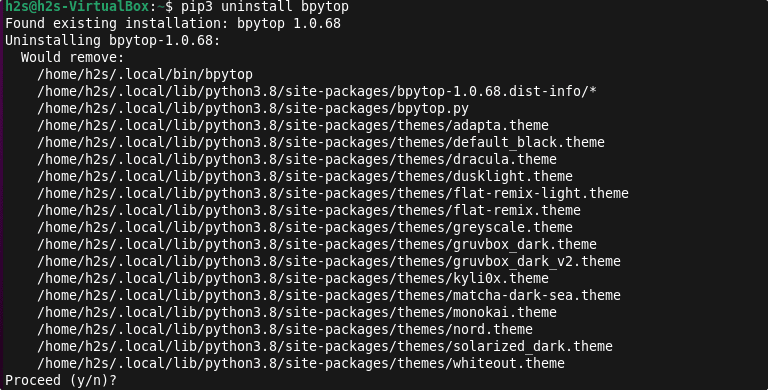 7. SNAP to install Bpytop on Ubuntu

Ubuntu systems come by default installed with SNAP, so we can easily use it to install using the command terminal on your Linux system. If you are not using Ubuntu then you can see out this article to get SNAP- Snap on Linux- Installation, update, and delete commands