KeePass Password Manager is a free and open-source application that can be installed on Linux such as Ubuntu 20.04 LTS easily using the APT package manager.

This open-source password manager offers encryption algorithms AES-256, multiple User Keys,
Portable version for Windows 10/7/8; Auto-Type, Global Auto-Type Hot Key, and Drag & Drop of passwords. The user can export saved passwords to TXT, HTML, XML, and CSV Files. If you are using LastPass, Bitwarden, Dashlane, AnyPAssword, Code wallet, and many others, then importing passwords from them is also possible in KeePass.

The steps performed on Ubuntu 20.04 focal fossa but also applicable for Ubuntu 19.04/18.08 including Debian, Linux Mint, and other similar Linux distros.

Although this command is not compulsory, however, run it, just to ensure all system’s existing packages are up to date, and also this will rebuild the APT cache.

We don’t need to add any third-party repository on Ubuntu 20.04 LTS or earlier version for the installation of KeePass Password manager because it is already there in the official source list. And can be installed easily using the APT package manager.

Go to Applications and search for KeePass. When its icon appears, just click to open it. 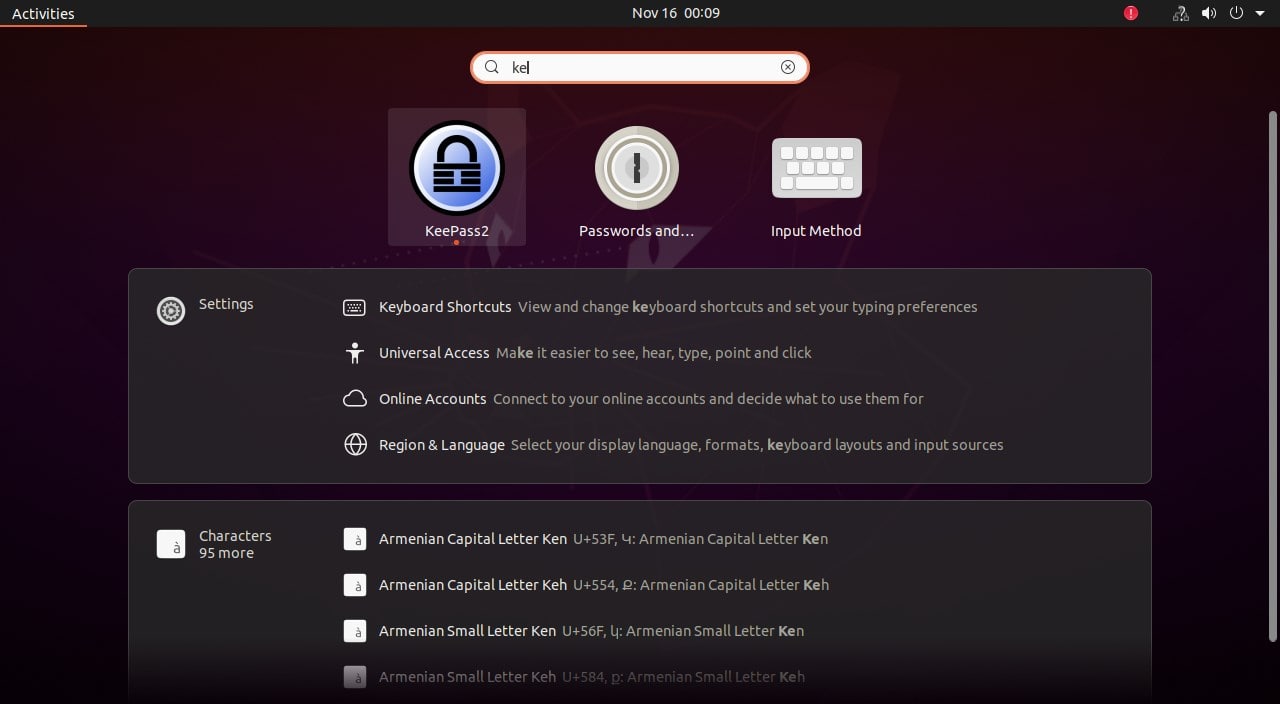 If you already have a password database somewhere else then we can import them to Keepass. For that, click on the File and then the Import option. However, if you want to start from scratch then we need to create a database file here on the software. 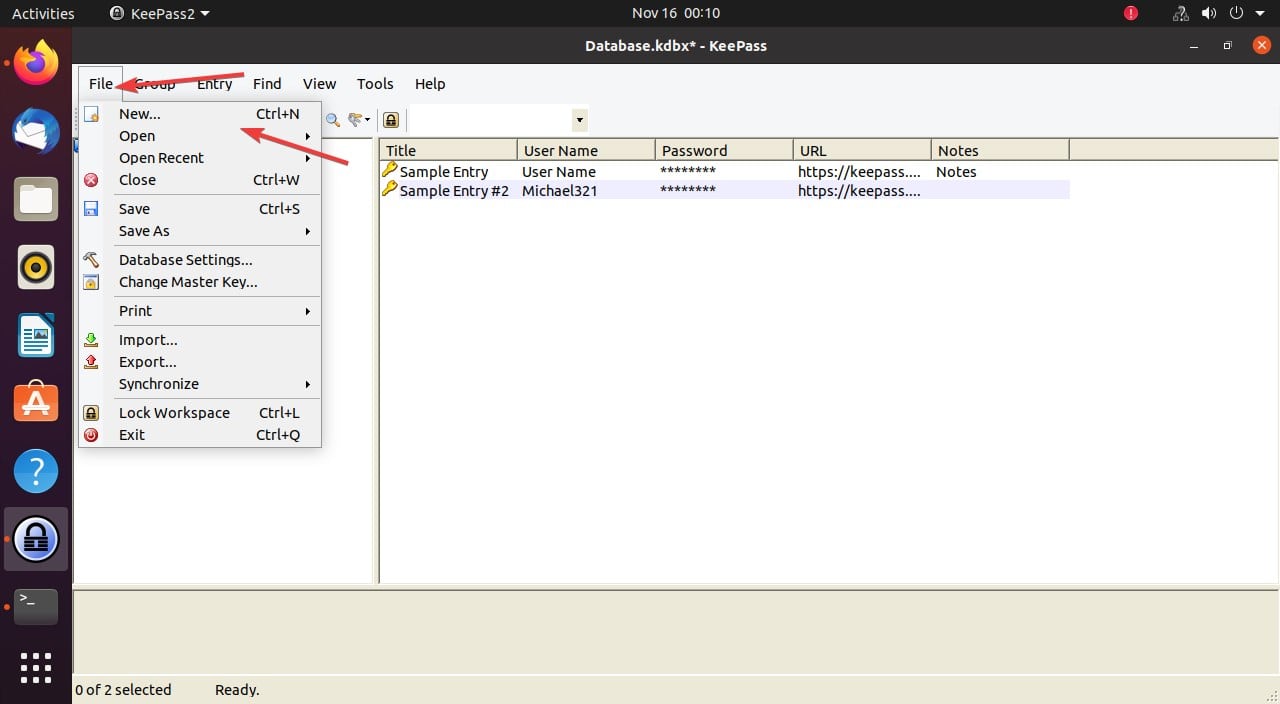 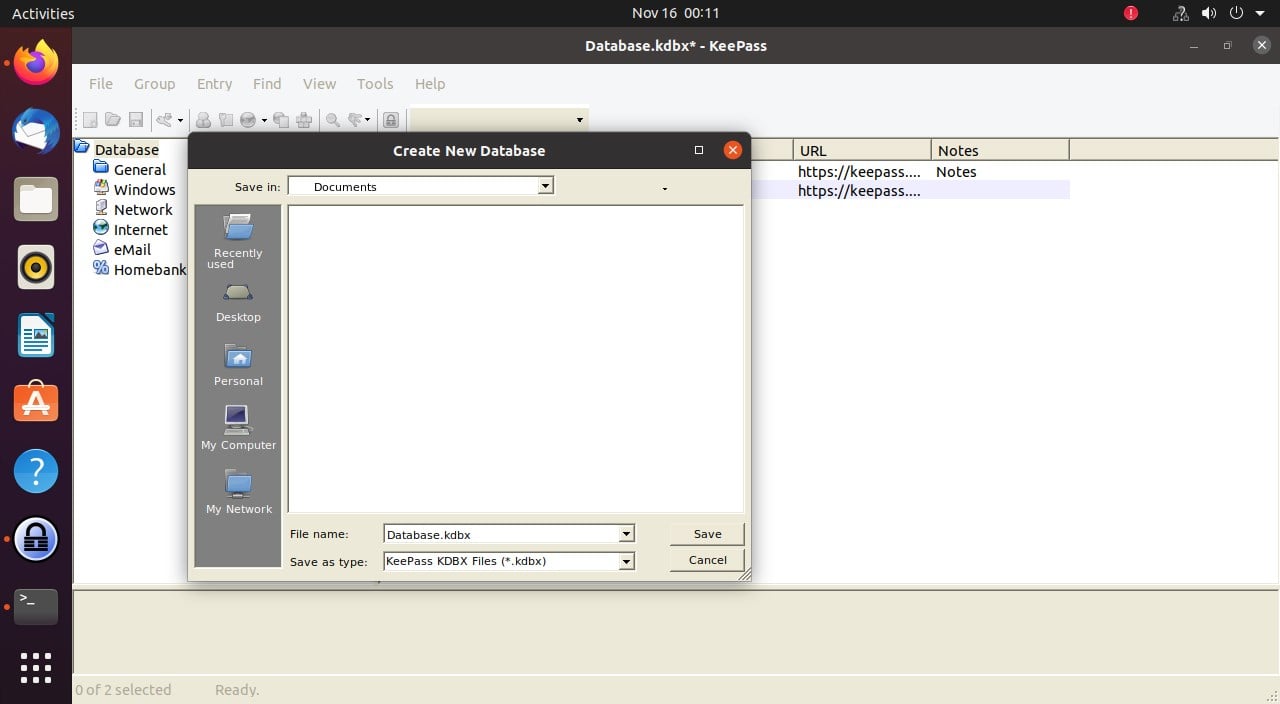 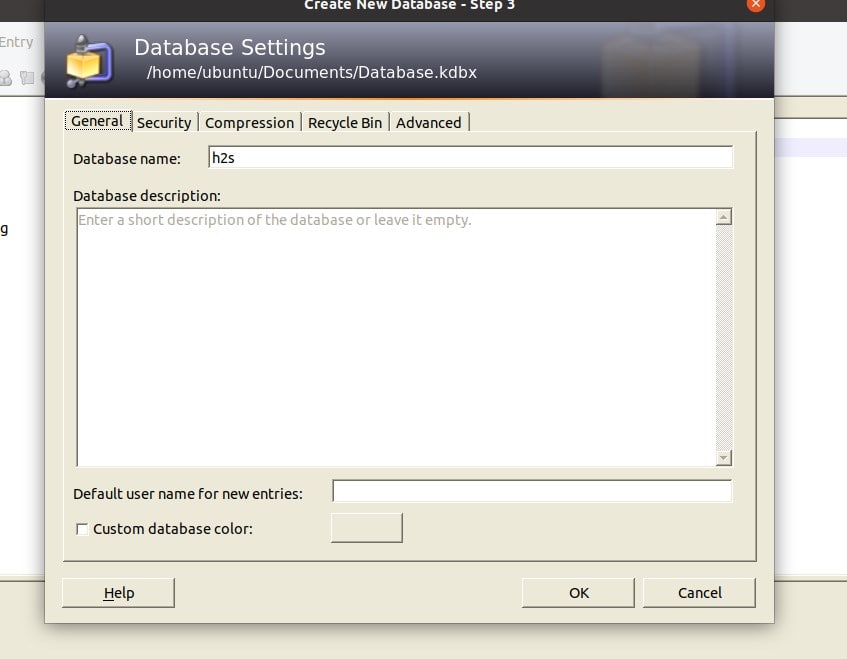 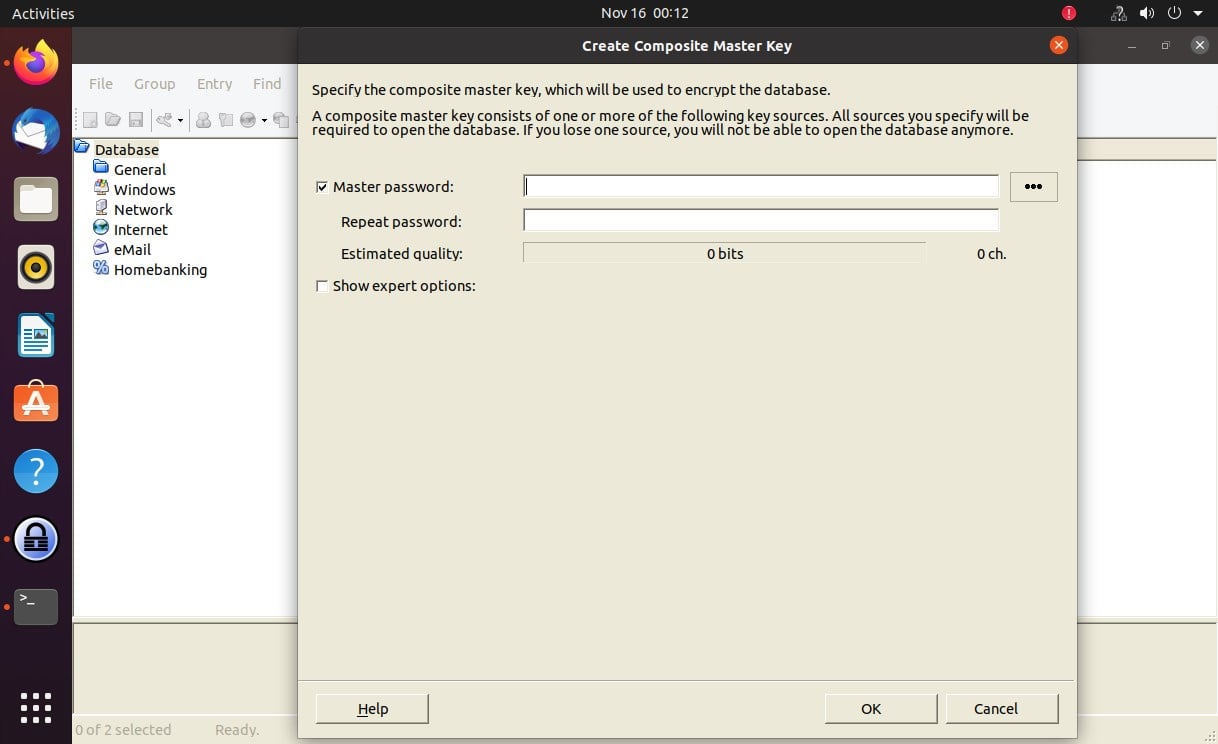 After that, you can either add a new Password Entry manually into the database of KeePass to save your login information.

6. How to Update KeePass

We have installed the KeePass using the APT package manager and the official repository of Ubuntu. Therefore, running the general system update and upgrade command will also install the latest available version of KeePass.

6 thoughts on “How to install KeePass Password Manager on Ubuntu 20.04 LTS”