Vmware doesn’t need an introduction, it is already quite popular and well know software when it comes to running virtual machines. Although most of the software of Vmware are paid, Workstation Player is free for personal usage.  Therefore, we can use it without paying anything.

Well, Virtualization is a software technique that mimics hardware. In this way, it is possible, for example, to operate several virtual machines under Windows, on which other operating systems can then be installed.VMs are an alternative to dual boot: virtual machines share PC performance with the main operating system. Dual Boot, on the other hand, has multiple systems installed on their partitions; the necessary changes to the partitioning carry the risk of data loss if done improperly, you do not have the problem with Virtual machines.

Steps to install Vmware on Player on Ubuntu 22.04 LTS

Here in this tutorial, we will learn the process of installing VMware Player not only on Ubuntu 22.04 Jammy JellyFish but for other versions of this Linux. Apart from that, you can follow this guide for Debian, Linux Mint, elementary OS, Zorin OS, and other similar Linux distros.

Unlike VirtualBox, VMware Player is not available to install using Ubuntu 22.04’s default system repository. Just open your browser and visit Vmware’s official website to download the workstation player, here is the link to make things a little way. On the download page click on the button given in front of  “VMware Workstation x.x.x Player for Linux 64-bit”.

Once the downloading of the Vmware Linux bundle is completed, open the command terminal on Ubuntu Linux or the one you are using. Go to Applications and search terminal, as it appears, click to run the same.

Switch to the Downloads directory

By default whatever we download from the internet using the browser goes to the Downloads directory, thus first switch to that. The command for the same is given below.

You will see your downloaded Player file there, simply run the script installation command with sudo access, here is the that.

Wait until the installation gets completed.

Go to Applications and search for it, as the icon for the Workstation appears, click to run it.

In case you get Gcc not found and Kernel modules compiling error upon starting the Vmware, then you have to install them. For that, first, close the Vmware Player window and then run the below two commands:

After that start the Vmware player again and start installing the modules. If you still have the error then follow the further steps.

There as per your Vmware Player station, download the module file. For example– while doing this article the version of Workstation was 16.2.3, hence we download the same module file in zip format. 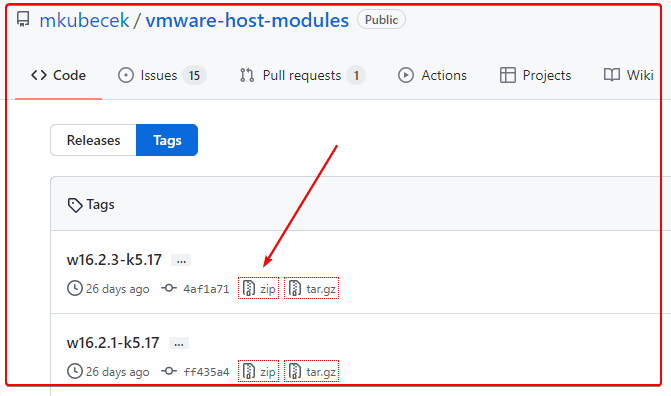 The file we download using the browser goes to the Downloads directory. Hence, switch to that.

If you don’t have Unzip then install the sane:

Replace the file-name with the one you have downloaded. For example, in our case it was w16.2.3-k5.17.zip, hence the command to extract it will be:

To know what is the extracted file name, type:

Now, switch to that:

Note: Replace extracted-folder-name with the folder name on your system. For example:

Create tar files of the modules: 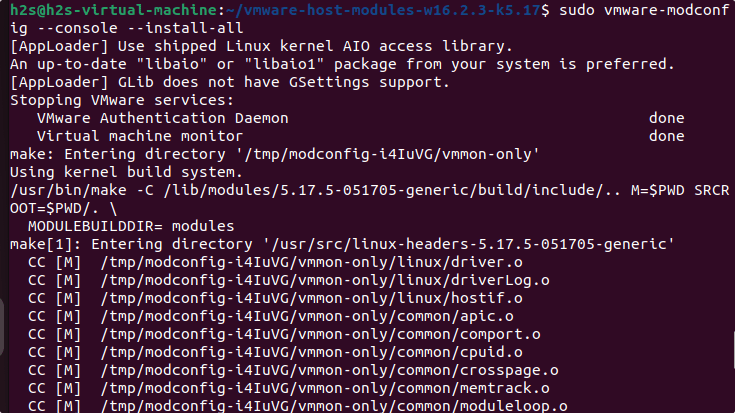 Once the installation gets completed, go to your Application launcher and run the Vmware Workstation player and you will see the window asking you to accept the Vmware License. 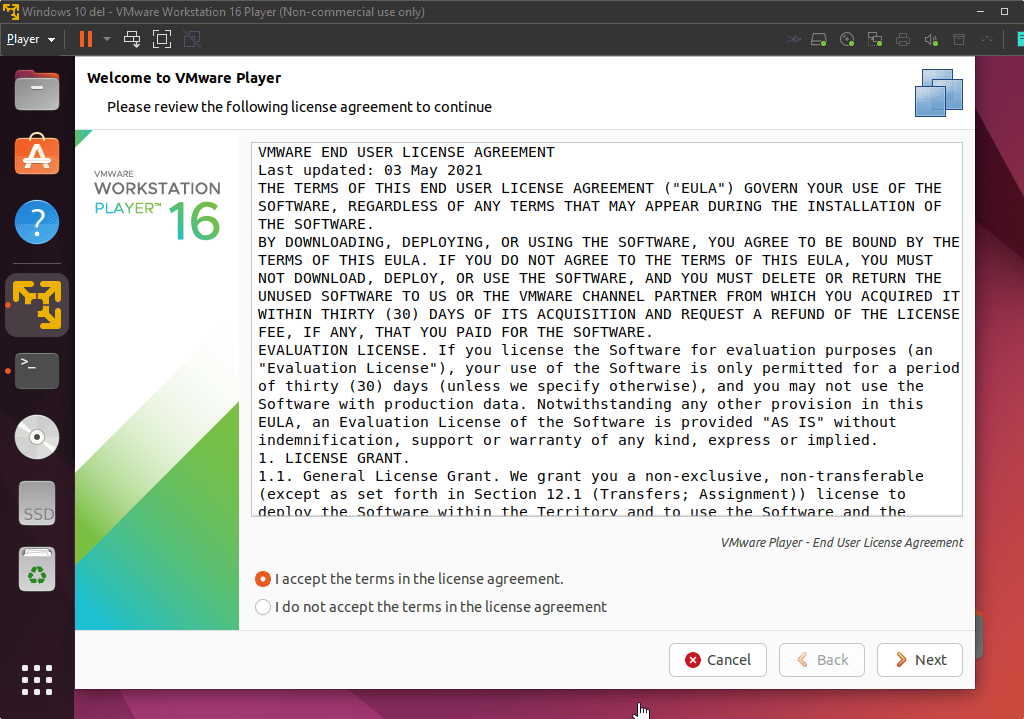 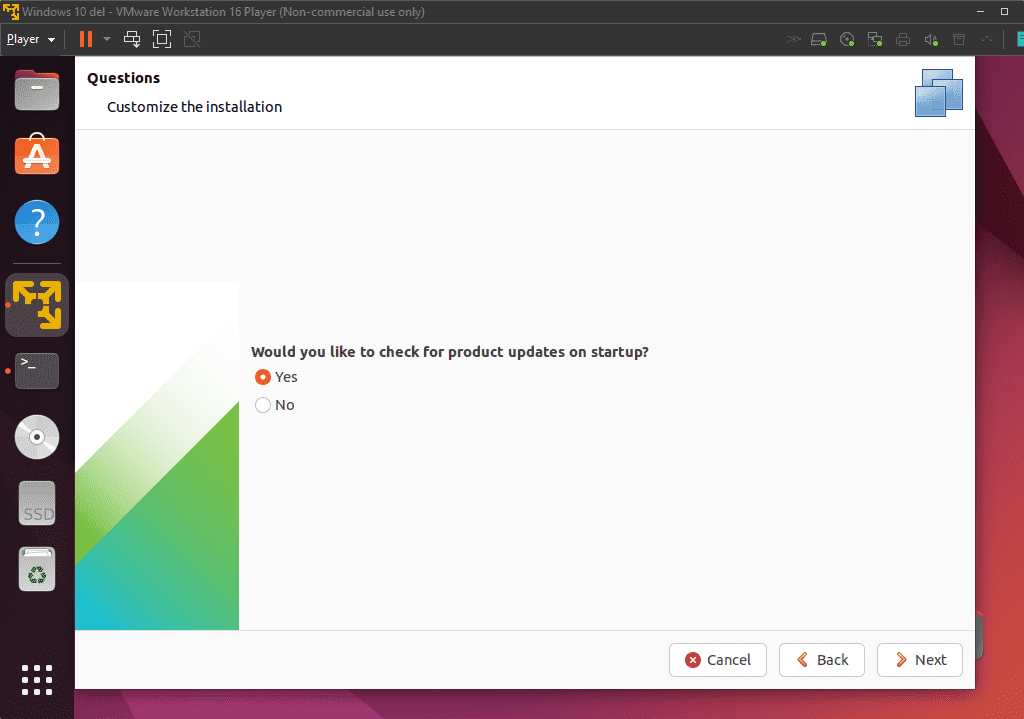 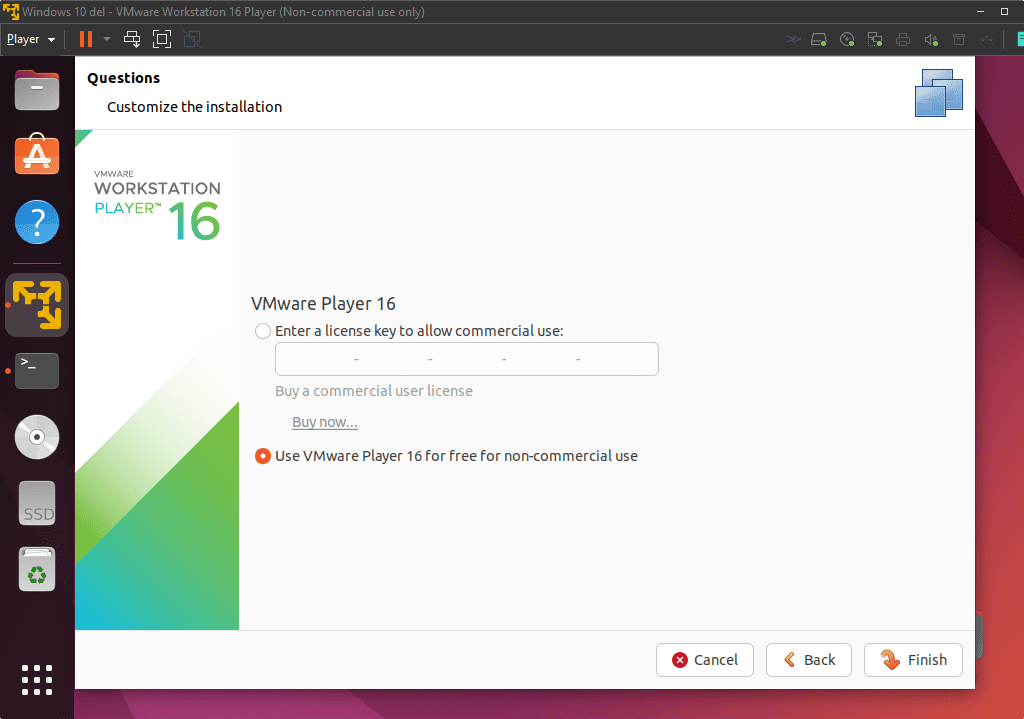 Finally, you have the interface of the Vmware Player. Now you can start creating virtual machines of whatever guest operating systems. 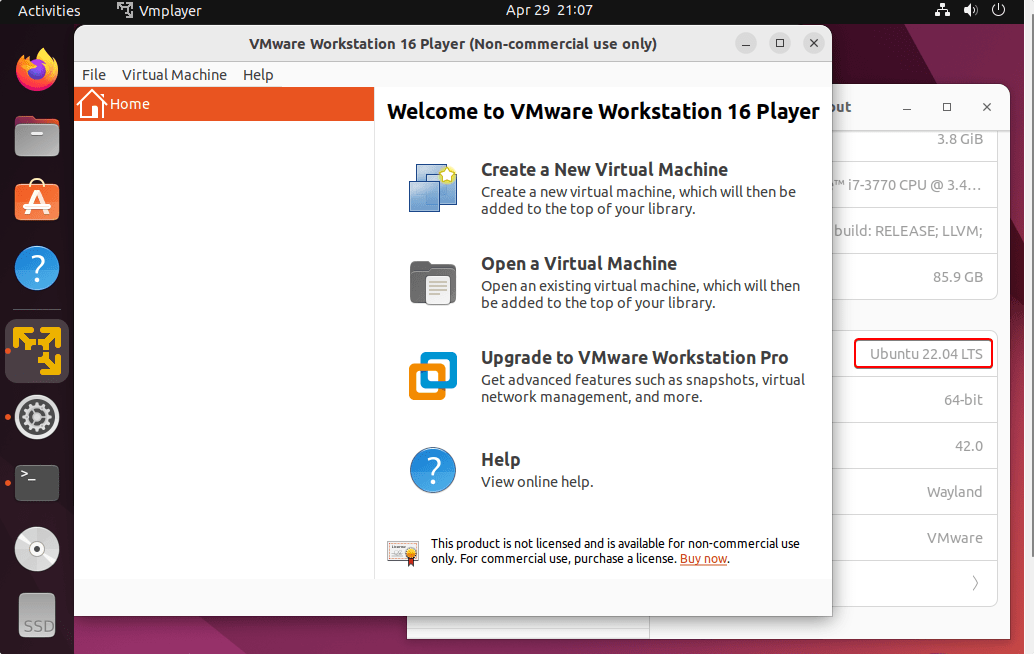 If something goes wrong and you don’t want the Vmware Workstation player on Ubuntu 22.04 Linux, then use the given commands to uninstall it.