Are got bored with the traditional command-line terminal of Linux? Then try the open-source graphical terminal called KUI. It has a beautiful interactive interface for the command line with clickable elements.

It enables users to use common command-line interface but with visualizations, not everywhere but at the items supported it. We can manipulate  JSON and YAML data models, integrated with different tools, and offers quick access to files and folders.

The script offered by the official developers of the KUI is compatible with all mainstream Linux distros. So, whether you re using Ubuntu, CentOS, RedHat, Fedora, Debian, etc. the installation method will be the same for all. The best thing apart from Linux & macOS, it is also available for Windows 10/8.7 operating systems. However, here we are using Ubuntu 20.04 LTS.

Once the installation is done type Kui in your Linux terminal to start it.

Once it getting started you will find a slight grey color KUI Grpahcial terminal Window. You will see a clean nice Shell interface of KUI, from where we can issue all the commands as we do from the system inbuilt one. 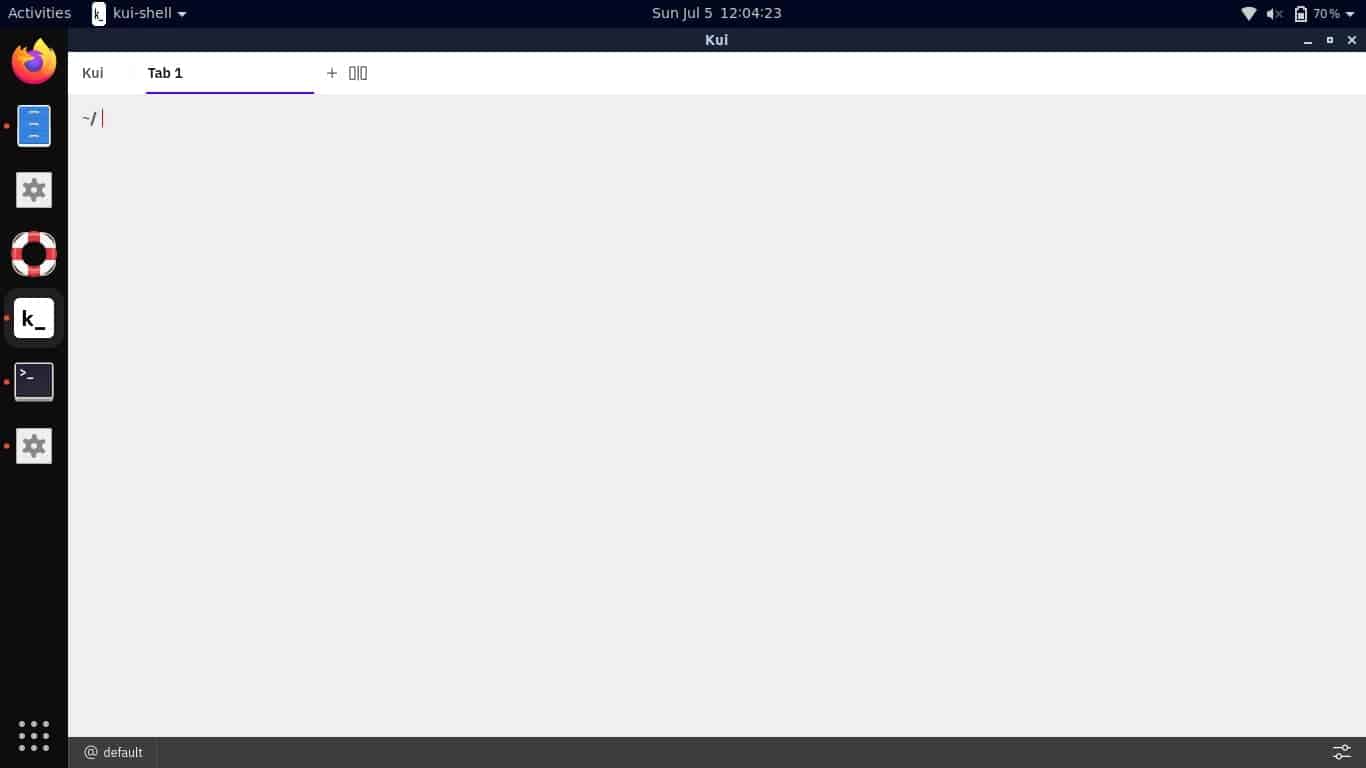 As I told above there will be no difference in issuing commands to console, it will be the as the traditional one expect the generally seen dollar sign prompt will not be there instead a forward slash to denote that terminal is ready to execute the commands. 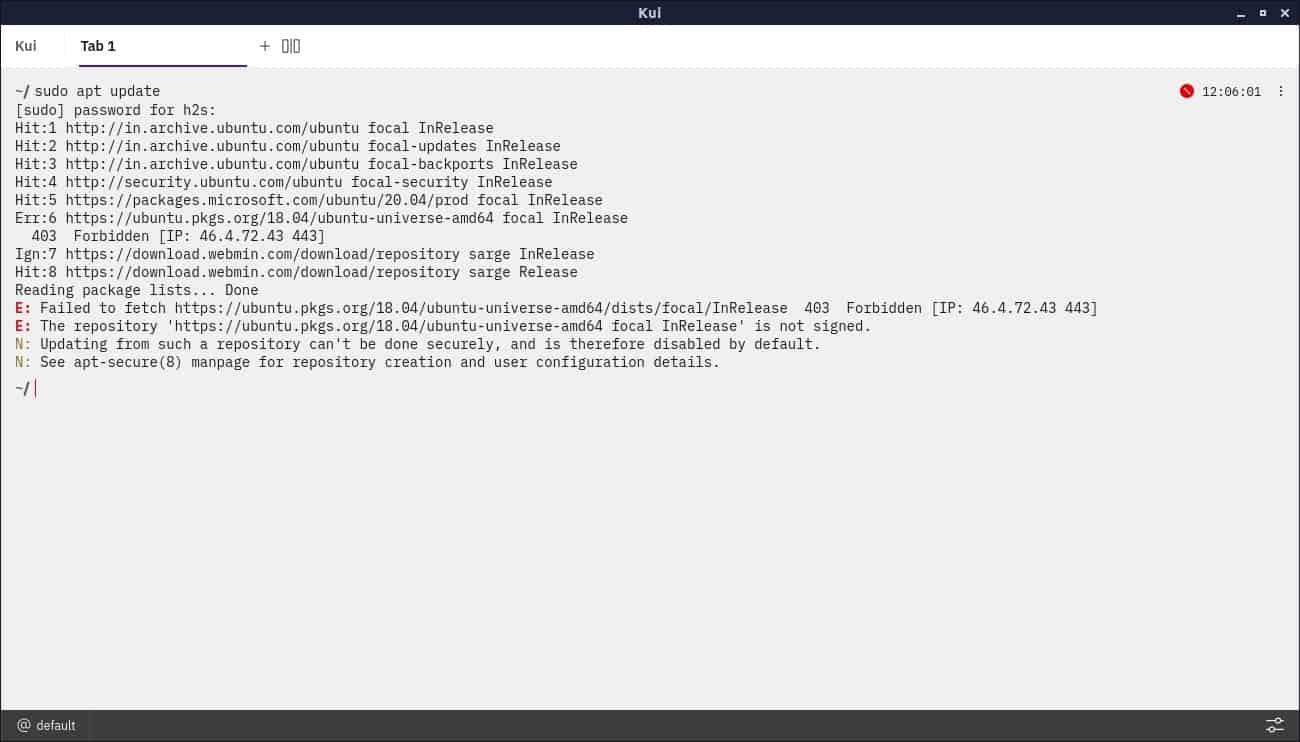 Although many of the out-of-the-box Command terminal emulators are coming with a tabbed interface such as GNOME one. However, if you are not happy with that or running some OS which done;t offer this feature then try it here. This open-source GUI terminal framework comes with Tab interface, where we work on multiple things simultaneously. 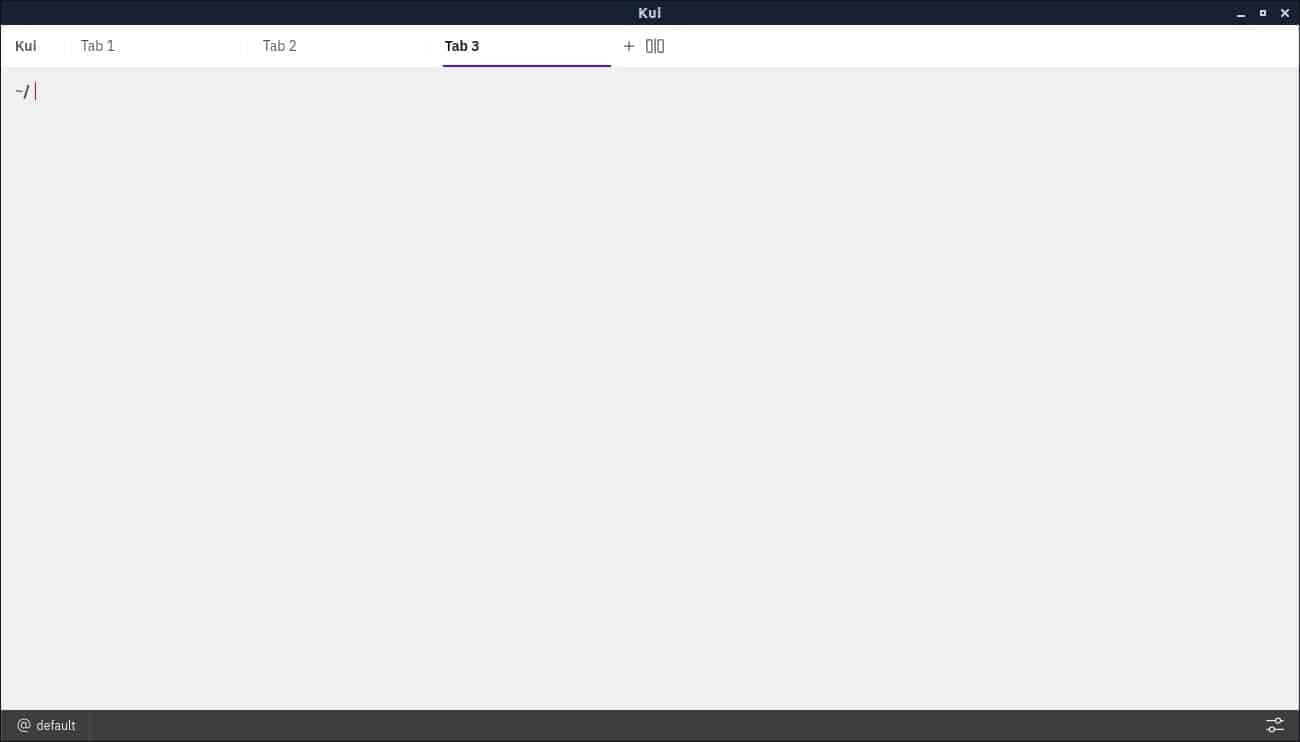 Apart from the Tabbed features, if you want to run two things simultaneously keeping your eyes in both of them. Then use the KUI slip screen feature. It allows you to split the screen of the terminal into two parts with shell. 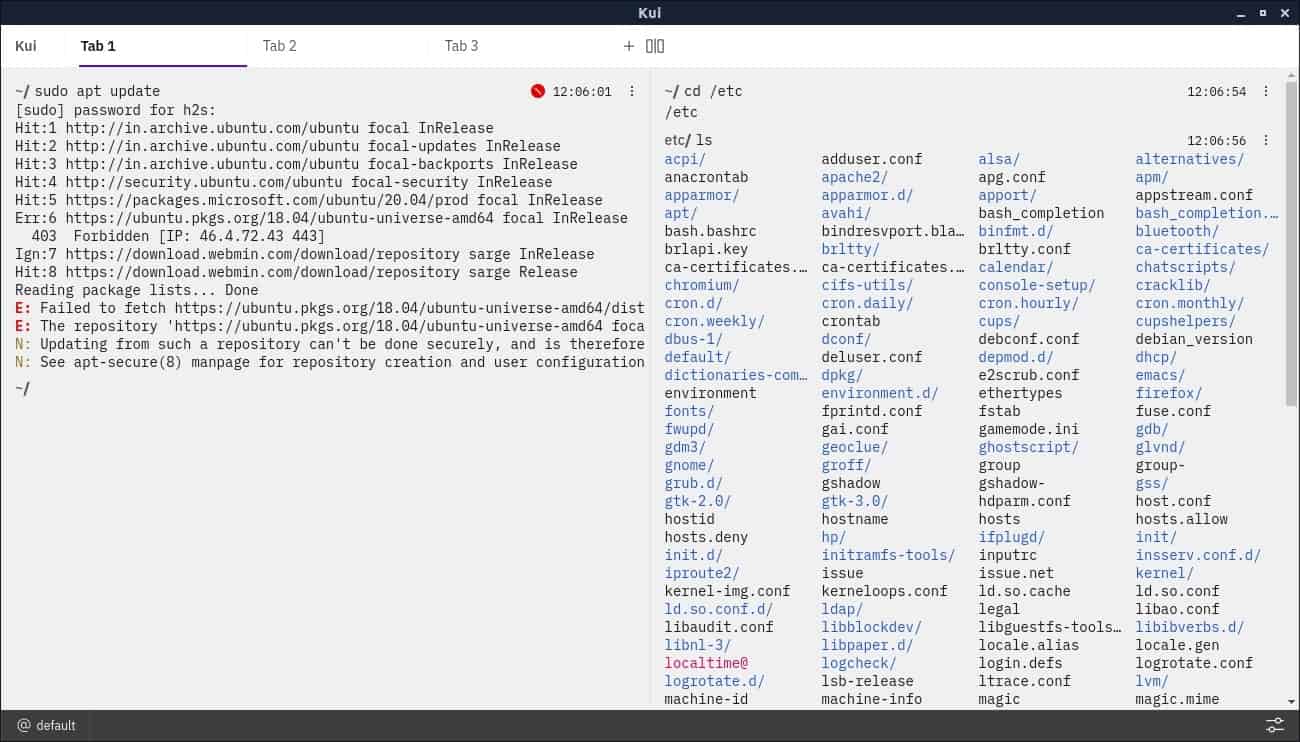 To edit files on KUI you don’t need to use VIM or Nano commands. Just use your mouse, click on the file and the screen will divide in two parts. One is your shell interface and the other one is file editor. 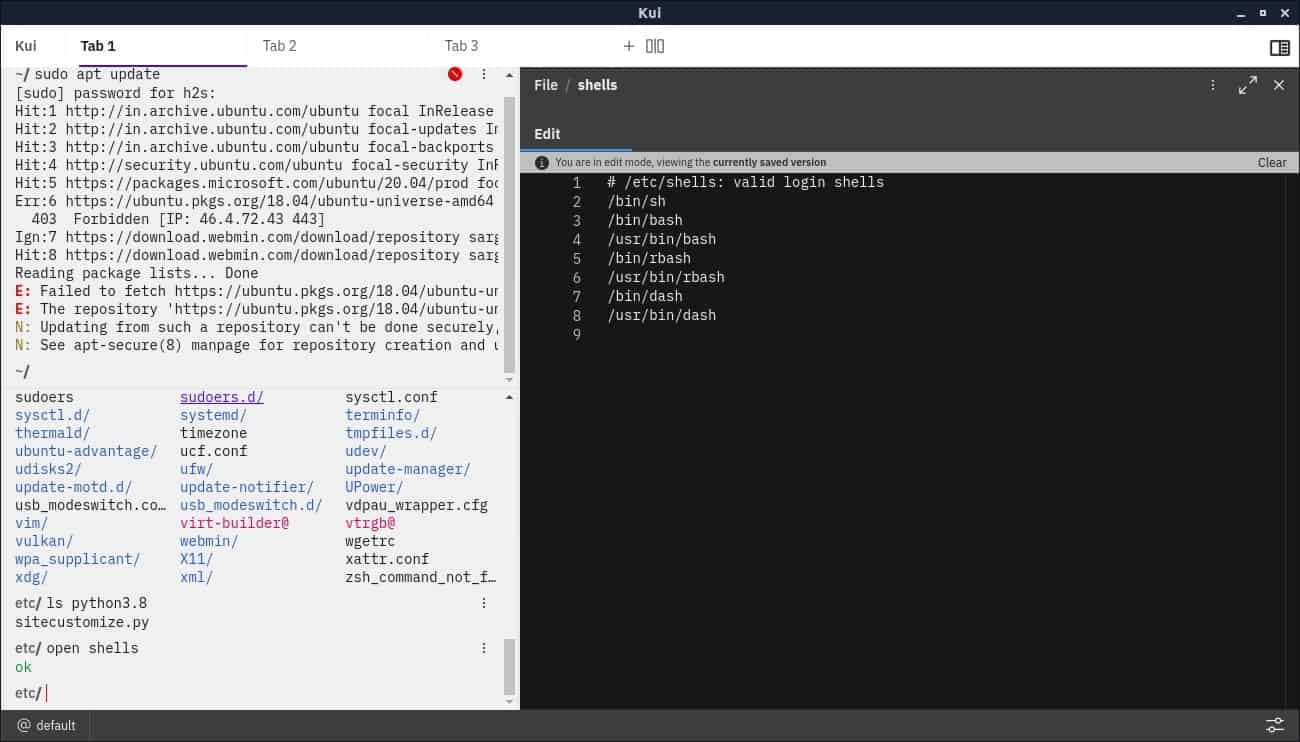 Instead of using Print Screen, click on the triple dots of the KUI shell and select the screenshot option.

Click on the Setting icon given at the right bottom side to access KUI settings. There you will see the themes option that can be used to set different colors to the terminal. Such as Dark, Carbon, Deep black, and more… 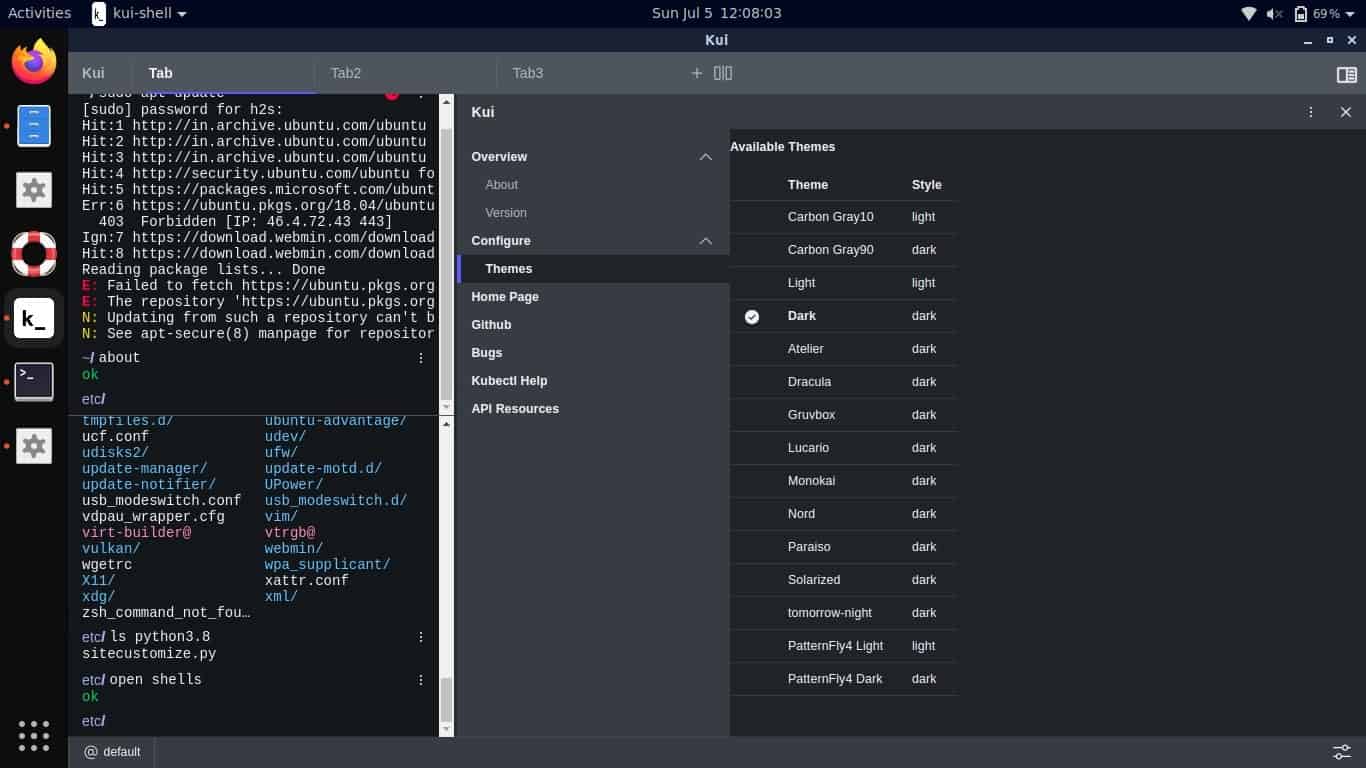 If you are a web developer then you know how important to view pictures while coding. Here on KUI, we can directly view the images with just one mouse click over the files inside the terminal. 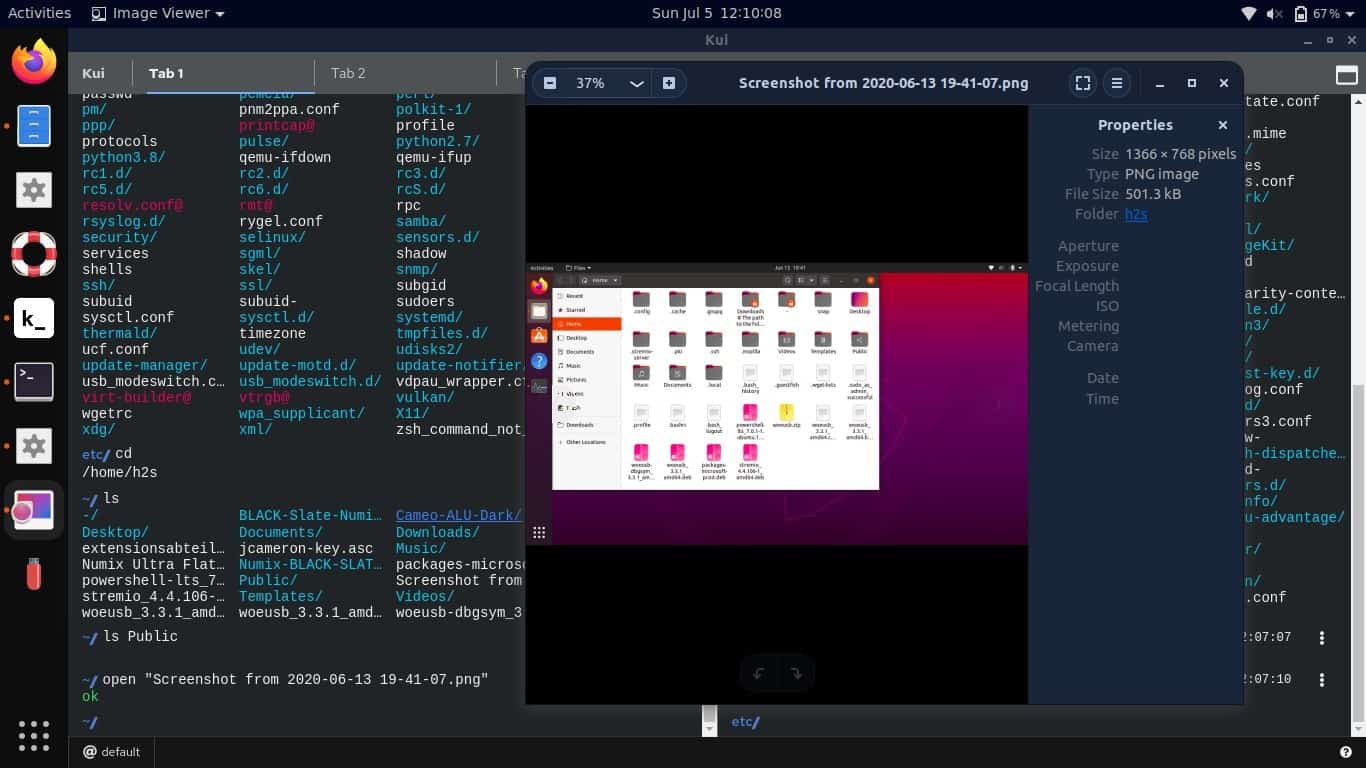