If you want to use a Linux operating system, you can choose from many different Linux distros tailored to target various user groups. For beginners, Windows switchers, or professionals, everything is there. Here in this article, we have gathered the Top Linux distros for the month of September 2022.

Along with macOS and Windows, Linux is one of the three largest operating systems. However, Linux is available in different versions, although the best version is not so easy to identify. It is because the associated developers do not distinguish their distributions clearly enough from each other. Often it comes down to a blind “trial and error” for users until they have found their favorite Linux where they can reside for a long time.

The 10 most interesting Linux distributions and their main features listed here are sourced and ranked with help of Distrowatch.com. However, the data there is only partially representative. Because Linux distributions, unlike Windows, do not collect user data by default, no one knows how many and which Linux distributions are used by how many people. The ranking is therefore based on how often a particular distribution has been downloaded.

MX Linux is now one of the popular and widely used consumer Linux operating systems for Laptops and Desktops. It offers snappy performance better than Ubuntu; an easily manageable and stable Linux operating system based on trustworthy Debian Linux. This also makes it an optimal choice because you will not have only compatibility with thousands of Debian packages but also huge community support.

It is developed by the developer’s community of antiX and MX Linux. Available with XFCE, KDE, and Fluxbox desktop environments. All the needed software you will find in it, out of the box. And if the one that you want to need is not there, then use its fast Package Installer to get the application via MX Test Repo, Debian Backports, and Flatpaks.

EndeavourOS is a rolling Linux distribution based on Arch Linux. It is also the successor to Antergos. Both distributions share the goal: A user-friendly Linux system, based on Arch. However, Endeavor does not want to be the Ubuntu among the Arch-based systems. Rather, it addresses users who are familiar with Linux but do not want to endure the tedious installation process of Arch.

One of the reasons it might be one of the most popular Linux distros is its user-friendly interface and Debian packages support. Because of the Windows-like interface, most users can easily adapt Mint to carry out their daily computing tasks. It is available in two editions one is based on Ubuntu and the other Debian. Although users won’t feel any difference between them, the difference in the repository will be there. LMDE – Linux Mint Debian edition uses the package repository of Debian while the regular Linux Mint is of Ubuntu.

The installation of various open-source software can easily be done using the GUI Software manager of Mint. By default it uses the Cinnamon desktop interface, however, XFCE is also available for those who want a lightweight Mint.

Benefits of the Mint:

The best alternative to EndeavourOS based on Arch Linux is Manjaro. A quite popular Arch derivative tweaked to provide high performance and the ability to install a wide range of packages from Snap, Aura, Flatpak, and the system’s default Repos. It has a very easy to used Application manager that allows us to install thousands of packages and even let us build from sources.

Pop!_OS is a Linux distribution that is already equipped with optimized drivers for Nvidia graphics cards as well as for Intel and AMD GPUs. It is based on Ubuntu, hence you can rely on the APT package manager, which reliably utilizes the Debian packages. In addition, Flatpak is integrated into the system and in addition to APT, the Pop’s App Store is also here.

The Linux system is very easy to set up, especially if you want to play games on Linux. In addition, “Pop_OS” offers many pre-installed programs such as Firefox, LibreOffice, and some multimedia tools.

Other applications can also be conveniently added via package management (“Pop!_Shop”), whereby the focus here is primarily on education, software development, and gaming.

Well, “Pop_OS” is based on Ubuntu, however, its Gnome interface is customized and not like Ubuntu, and on top of that, it offers its own management of workspaces. This is handy when many applications are open in parallel.

In addition, the hard disk is encrypted by default during installation and security patches are automatically applied.

⇒ Based on Ubuntu, hence will have LTS support
⇒ High Performance
⇒ Develop software out of the box
⇒ Encryption out of the box
⇒ Pop!_Shop- GUI app store to install software from Ubuntu and Flatpak repos
⇒ Also available for Raspberry PI
⇒ Steam, Lutris, and GameHub for Gaming
⇒ Offers Toggle between battery-saving and high-powered graphics

Ubuntu is an old buddy powering millions of Desktops and servers. It doesn’t need an introduction if you are familiar with Linux distros.

It is one of the popular choices to install on your desktop or laptop. It comes out of the box with SNAP and APT package manager to install various packages. And due to its huge community support and tutorial available online, new users can quickly learn how to operate it.

However, for Desktops, Ubuntu is not the only preference of users now, there are many other competitors now in the market but on-servers, Ubuntu is still one of the best options to rely on.

⇒ Long-term support
⇒ A huge community to help
⇒ APT package manager to install Debian packages
⇒ Snap out of the box
⇒ GUI Software store to install applications
⇒ Easy to install and handle
⇒ Pre-installed with software to carry out most of the day-to-day task
⇒ Most of the paid and free applications are available in Ubuntu even though they are not for other Linux OS.

Debian is the ultimate Linux operating system known for its stability and ease of usage. If you are already a user of Ubuntu then no need to switch to Debian, however, beginners can opt for it. Debian GNU/Linux is more than just an operating system: it contains several thousand software packages, i.e. pre-compiled software in the form of easy-to-install packages. Unlike other Linux distributions, Debian GNU, much like the actual Linux kernel, is compiled by a large group of volunteers around the world.

The still very young distribution Garuda Linux is a derivative of Arch Linux, which has been tailored as a rolling release with the latest software packages and graphics APIs as well as interesting detailed solutions and useful “tweaks”, especially to the needs of players.

The focus on gamers is reflected, among other things, in “Garuda Gamer”, a GUI for installing curated gaming software, which in addition to the Windows-compatible runtime environment Wine and the FOSS game manager Lutris, also offers Steam, PlayOnLinux, and corresponding configuration tools, by means of which, for example, Valve Proton can be precisely adapted.

Additional drivers and kernels can be installed via their own dedicated GUI, software comes to the system, typical for an Arch derivative, via binary packages using the package management Pacman. In addition to the repositories of Arch Linux, the Arch User Repository (AUR) Chaotic-AUR is also available.

Linux Lite, as its name suggest, is a lightweight distro best to revive old laptops or PCs. With Windows 7-like interface, it makes MS Windows users easily switch to this Linux operating system. It comes with a free Office suite and other common useful software like other Lightweight Linux distros mentioned here but without putting much stress on your Virtual machine as well as on the host machine. It is based on Ubuntu’s long-term support (LTS) release and features the Xfce desktop

As we already know Linux Lite is also based on Ubuntu-like Puppy but of course with customizations to make it consume fewer resources. It can easily work well on a virtual machine running on a 1 GHz CPU, 768MB of RAM, and 8 GB of storage.

Lite also takes care of users’ privacy and security by providing a highly configurable firewall and a one-click update of the system. Furthermore, built-in applications such as Lite Tweaks and Lite Software will help the users to enhance and optimize the system’s performance.

Which is the best version of Linux?

There is no best Linux version, instead, there are multiple Linux distros, choose the one depending upon your requirements. For example, if you are looking for Linux to use on a PC then Ubuntu or Linux Mint are good options to start with.

Which Linux OS is the fastest?

Puppy Linux and Linux Lite are some fastest Linux distros out there to use on a PC or Laptop. They help users to revive their old laptops because of low system requirements.

Which Linux distribution is the best variant?

This question cannot be answered easily. Linux can be put together by you personally since the operating system is “package based”. So you can always install new features or programs. If you don’t want to do this manually because it’s too much work for you, then download and install some popular ones. For example:

For Beginners: Ubuntu and Linux Mint are especially aimed at beginners in the Linux world. Both distributions are highly customizable and offer huge community technical aids that simplify the installation and configuration. Many programs are pre-installed, and further packages can be easily added.

For professionals, users who want to set up and optimize their operating system as freely as possible and according to their own ideas. Arch Linux would be the best choice as this Linux distribution is extremely lean and versatilely configurable.

Linux in the commercial sector, you should use a stable and user-friendly version. Red Hat Enterprise Linux, Debian, or openSUSE, for example, have great advantages in this area. 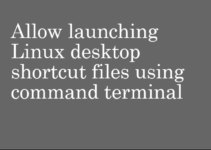