Last year RedHat announced the ending of Long term support for CentOS 8, which was really a shock to the Linux community, especially for those relying on it for their server applications. Since then other developers started to compensate for this void by trying to provide the best alternative to CentOS, a leading server OS on cloud and hosting services, free of cost. AlmaLinux and Rocky Linux are the best examples of that. I don’t think taking a U-turn for CentOS was a wise idea because it doesn’t only give birth to two new Redhat Linux clones that can be counted on but also more are underway. And one of them is VzLinux.

Although VzLinuz appears a stranger to the Linux community, however, it has been around for quite a while. It is
a Linux system maintained by Virtuozzo, a virtualization services company with a long history behind it. Virtuozzo, has more than 20 years of experience in virtualization space, then how come we have never heard about VzLinux?

It is because till now VzLinux was used by Virtuozzo only for in-house as a guest operating system for containers and virtual machines. Thus, as it was not distributed from outside doors, hence that’s why we never heard about VzLinux. 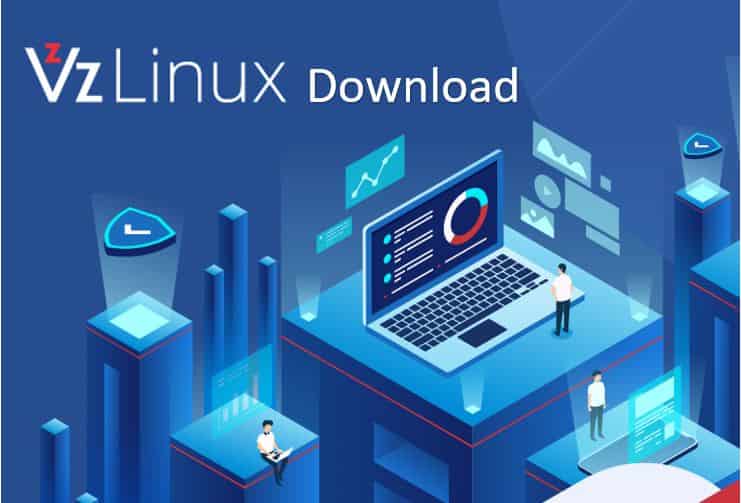 What has changed now? Why they have made VzLinux public to download by anyone.

As per Maik Broemme, Senior Product Manager at Virtuozzo – the enterprise Linux market that is dominated by CentOS so far, is finally now moving away from it. Companies and users are currently looking for the best CentOS alternative to power their server solutions. Thus, to fill this gap that is spreading its arms in the market requires a reliable solution with longevity, hence, the company decided to make VzLinux publicly available. He also said that Virtuozzo goal is simply to provide the industry with a free, viable alternative with seamless transition capabilities.

Virtuozzo describes VzLinux as “a free multipurpose distribution optimized to run on bare metal servers, virtual machines, or containers. It is designed to support intensive business-grade applications and workloads. A distribution for which Virtuozzo has already prepared the migration process from CentOS “without downtime“, and which it boasts of its speed of update with respect to RHEL and in comparison with CentOS.

Well, the latest version of Vzlinux distribution available for download is VzLinux 8.4 just like others that came out and a month later after RHEL 8.4 such as Oracle Linux and Almalinux.

So, if we go with Virtuozzo experience and its stability in terms of business, we can say VzLinux is another good alternative to cover the gap left by CentOS. However, one more thing that matters is the availability of it on cloud services, where AlmaLinux is already there on AWS and perhaps soon on other services as well, In such a scenario, how many users and popularity it will get among the Linux community still need to be seen.

See Links: However, those who are interested to try out VzLinux ISO can visit the official download page or repo of VzLinux provided by Virtuozzo.