Well, there is no huge difference between Whonix and Tails Linux systems as both are Debian-based and designed to maintain the privacy, security, and anonymity of the person who uses them. However, there are some features offer by the developers of these secure Linux systems that make them different, and here we know what are those?

Security is the great concern of people who are in testing, ethical hacking, surfing the Dark web, or just one who worry about its privacy while going online. In such scenarios, Tails, Whonix, and other similar Linux systems will be great options to maintain security and anonymization.  Let’s go through the different aspects of these two Linux operating systems to know what makes them different from each other.

As both the Whonix and Tails are based on Debian thus, in terms of the base code, they won’t be any different. The difference will be in the number of tools, how hardened the OS, portability, and more… For reference see the below table.

Some Key feature differences between Whonix and Tails

Know all in detail at this Wiki page.

The setup and installation of Whonix and Tails are not much difficult, however it depends on what kind of user you are, advance or beginner. Tails installation is pretty much simple and straightforward, just download its ISO file, use some third-party software like BalenaEtcher and flash the ISO file to a USB drive and start using it on any system.

That means we can install Tails via Windows, macOS, Debian /Ubuntu, or using other Linux such as Redhat, Fedora, and more… 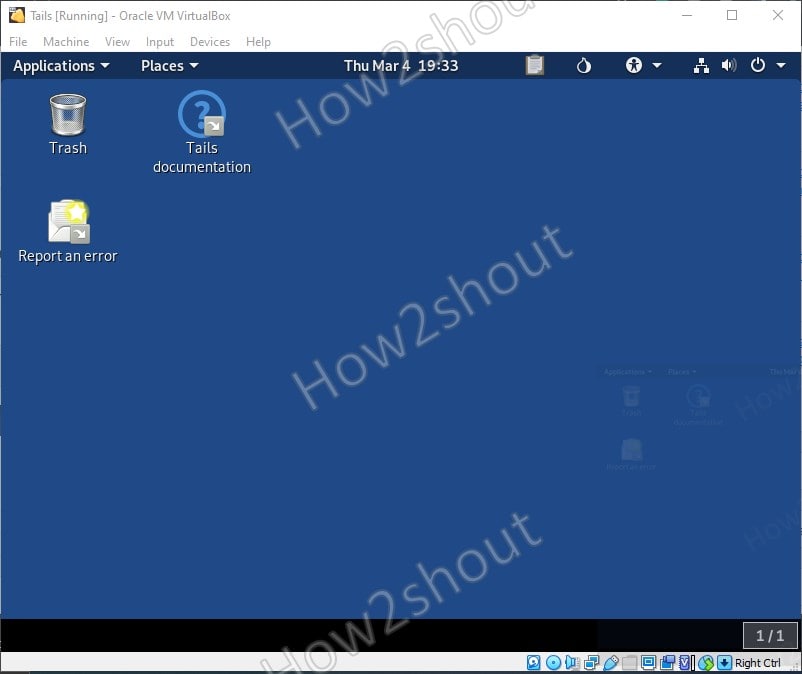 For installation you need:

Learn– How to Setup and run Tails in VirtualBox.

To use Whonix, we need two virtual machines, basically two computers, one of which serves as a gateway to the Tor network is known as Whonix Gateway. Alternatively, this can also be connected via a proxy server (instead of a direct Internet connection). Whereas the other VM is known as Whonix Workstation that hosts the applications with which you work, such as browsers, email programs, or your important software.

To install it, we just need to visit its official website, where it is available in the form of Virtual Appliance for VirtualBox, Vmware, Qubes, and KVM.  Here we will talk about its setup in VirtualBox.

Once you have the file simply open VirtualBox on your Linux, macOS, or Windows system. Click on the File -> Import Appliance and select the downloaded OVA file of Whonix. Once the Appliance is imported you will see two virtual machines one is for Gateway and the other Workstation. 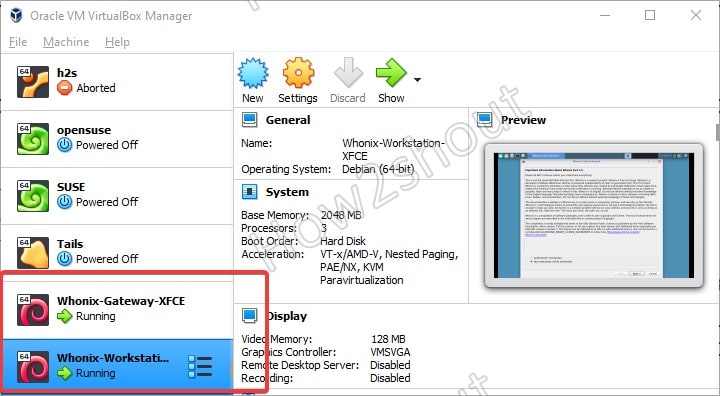 For Whonix to run smoothly, your system or virtual machine should have at least 2 GB of RAM and 10 GB of free memory on the hard drive and the CPU must offer the Intel VT-x or AMD-V virtualization functions.

This means out-of-the-box Whonix supports full persistent mode and whatever you save on it will remain there until you clear it manually. However, in the case of Tails, we cannot use Persistent mode on VirtualBox, nevertheless, if you are using Live USB on a PC or laptop then Persistent mode can be turned ON manually.

Therefore, in terms of setup and usage Tails is easy and beginner-friendly and the same goes for Whonix in Virtualbox or VMware player, but other than that you have to put some efforts.

You would already have seen the screenshots given for Whonix and Tails Desktop. Both look simple and easy to handle because of the popular desktop environments they are using. XFCE which is a lightweight one, is on Whonix while Tails comes with classic GNOME which looks better than Whonix in terms of icons and other elements.

At first glance, the user-interface does not differ significantly from other well-known distributions. At the top-left, a button for the menu and the terminal, file manager, and the Tor browser icons are given on Whonix, and the similar kind of setup you will also find on Tails as well.

Nevertheless, the interface will not be an issue because the users using these two Linux systems are not looking for beauty instead for security. Thus, this question is null and void that which one has the best interface.

Both the systems start automatically and do not require a password. However, Tails doesn’t allow to use the system as a root because by default the password for it will be disabled and if the user wants to use it, then he has to set the same just before starting it, using the option dedicated for this. 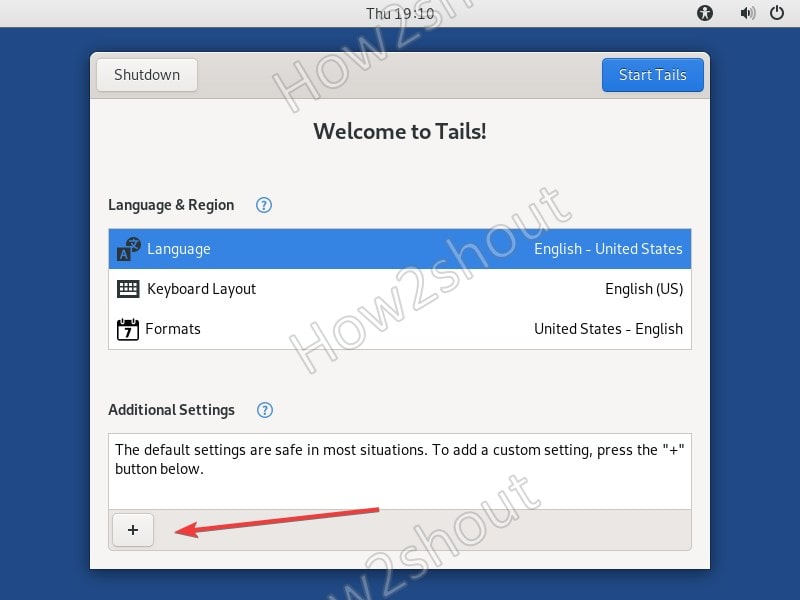 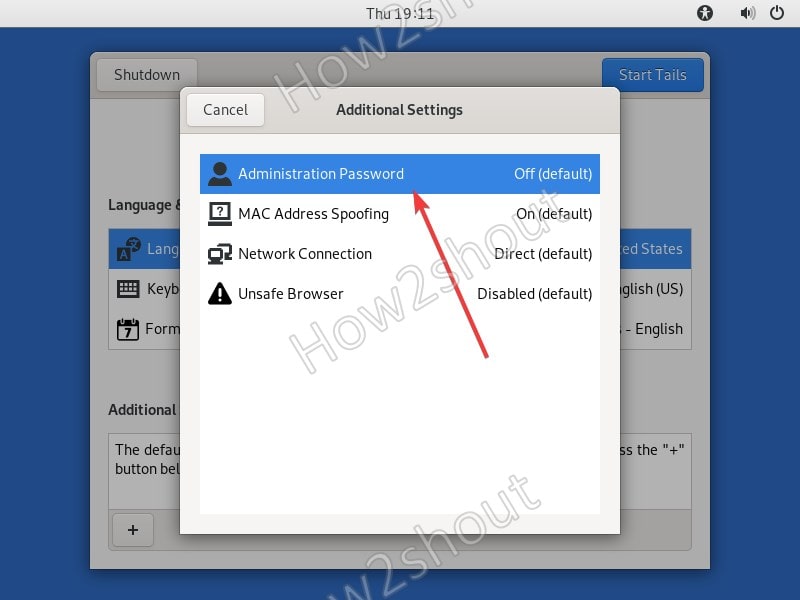 On the other hand, Whonix comes with a pre-defined standard username and password that is “ user ” and “ changeme ”, respectively,  are preset and should be changed in the first step. To do this, start the terminal and type the command

Note– Replace the username with root or the user account for which you want to change the password.

Whonix is ​​primarily focused on security and anonymization. To enhance the security it uses Tor network just like Tails to disguise the user’s IP address,  location and also anonymizes the data traffic.

In the Whonix, the (forced) connection to the Tor network is only established via the gateway. The workstation is completely isolated in its own network and is also protected by a second firewall (regardless of the gateway). This means that DNS leaks are practically impossible and malware with root rights cannot determine your real IP address either. It even minimizes potential user errors that could lead to malfunctions.

The concept with the gateway also has another further advantage and some additional security as compared to Tails. Moreover, you can not only use the Whonix workstation to access the Internet but can also use the gateway for other computer or Android device and even several VMs can connect in parallel to it. In short, Whonix gateway give us an option to work more securely even with the security distributions such as “Kali” instead of the workstation, for example, we can install the gateway on external hardware to route all our data through it. That’s why Whonix is for advance users.

Well, that doeesn’t mean the Tails users don’t have any perks. The best thing about Tails is the portability and ability to done the job without leaving any trace. As it is Live USB Linux system, thus we can use it on any computer (home, public computer, library, etc.) without actually using its default OS and the hard drive to store our data. Thus, the user will not only have the anonymity of Tor network but also can access old or new hardware using just a small USB stick.

Tails spoofs MAC address and ofcourse can hide Ip address because of integrated Tor; the privacy can be enhanced further using the various inbuilt tools such as Tor browser, Onion Share and more… Being a Debian based, you can  install various security and hacking open source tools that are available on kali linux.

The best thing is its designed, if you haven’t turned ON the Presistent mode, then the moment you turned off the PC everything will be cleaned , thus it leaves no trace of your activity, even someone else got you USB stick, no personal information or activity can be gleaned. However, the users using presistent volume option, they have to delete things manually using the option available on Tails. Nevertheless, your information of various things such as PGP keys, Bitcoin wallet info, wifi passwords, etc.on the presistent volume will all be stored in a secure encrypted form.

E-mails can be sent in Whonix and Tails by encrypting all messaged via OpenPGP that could be configured with a few clicks of the mouse and worked perfectly for the dispatch .

Whonix vs. Tails Advantage and Disadvantages

So, if you are a regular internet uses, who wanted to secure his identity then simply install VirtualBox and Whonix, the setup hardly takes few minutes only. Special knowledge is not required at first, because Whonix is ​​already completely preconfigured. However, if you want to go deeper and wanted to perform some real tech stuff online then make sure you have good knowledge on how to perform individual configurations.

Alhough the Whonix has very strong working environment using two VMs, however,  it has a weak point as well. For instance in the past there was a case in which malware managed to break out of a virtual environment. Nevertheless, it is a once in blue moon thing, still you have to take care while transferring data between host and Whonix Guest VMs.

On the other hand, users those like portability and want instant access to some secure environment anywhere, anytime on any PC or laptop to access their data, Tails is the best option to go for.

Overall, the both Linux systems are good way to secure your self, yet, it’s all depend upon you and your requirements.

If you have some views or want to add something to this article, the comment section is all yours!!! 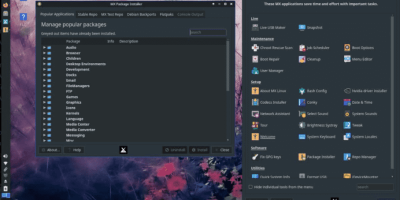 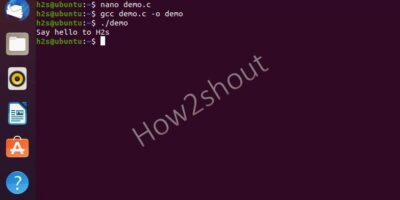 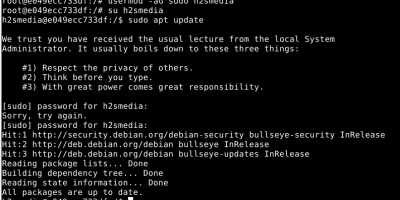