For users who don’t want to switch to Windows 11 from Windows 10 and want to adopt Linux Mint; here is a quick comparison between the two operating systems. I hope this helps in making the decision.

On the Page hide
Why is it important to compare different OS before choosing one?
Windows 10
Linux Mint
Difference between Windows 10 and Linux Mint
Conclusion

Why is it important to compare different OS before choosing one?

Comparing different operating systems increases our knowledge, and our decision becomes more based on information rather than a whim. Because as you go after open-source or closed-source operating systems, they all have different features, capabilities, and user interfaces. Comparing them will help us determine which is best to complete our requirements.

For example, some computer OSs are well-designed to cater to gaming requirements, while others are best for productivity.

Windows 10 and Linux Mint are meant to target a specific type of user base because of their features and capabilities; let’s see what those are…

Microsoft developed a proprietary popular operating system that has been widely used worldwide. It is designed to work seamlessly with old and existing Microsoft products such as Office, OneDrive, Xbox, Teams, and more…

Windows 10 is known for its user-friendly interface and compatibility with various hardware and third-party software applications. That’s why most peripherals, such as printers, scanners, and cameras, can easily be used with Win 10. Further, users can experience the Linux command line using the WSL feature of the OS without installing VirtualBox.

It includes many helpful apps, such as Edge web browser, Cortana virtual assistant, and the Xbox app for gaming.  For security, the OS offers inbuilt Windows Defender Antivirus and firewall to provide real-time protection against malware and other security threats.

Linux Mint is a free and open-source operating system or distro based on the popular Ubuntu Linux. Because of its user-friendly and Windows-like interface known as Cinnamon Desktop (GUI), Mint is more easy-to-use and beginner-friendly than Ubuntu. It is based on an open-source Linux kernel and uses the Ubuntu repository. Mint is now also available with Debian Repos and is known as LMDE.

Being an open-source OS doesn’t mean it deprives you of built-in apps. Out of the box, Mint offers a variety of software to accomplish day-to-day tasks, such as the Firefox web browser, the Thunderbird email client, and the LibreOffice suite of productivity tools. It also has a Software Manager feature that allows Linux users to easily search and install free and open-source applications, including updates.

To offer security, Linux Mint uses Linux kernel advanced security features such as AppArmor and SELinux. Hence, users will have a secure and stable platform.

Because of the large community of Debian, Ubuntu, and Linux Mint, users will have support for a wide range of hardware. Including compatibility with most peripherals such as printers, scanners, and cameras and support for a wide range of software and programming languages. It is also the best choice for those who don’t want to purchase software and remove the limitations of proprietary operating systems such as Windows.

Difference between Windows 10 and Linux Mint

Know which operating system is better between Windows and Linux Mint to suit your gaming and productivity needs.

Linux Mint is a great choice for those who don’t want to spend money on operating systems and care about their privacy and security. It is also a good choice for those who are using some old hardware and don’t want to upgrade for their day-to-day tasks. Whereas users who want a system to not feel left out when it comes to using popular software such as Adobe Premier, Office 365, Apple’s iTunes, etc. should opt for Windows 10. Even gamers and video editors should prefer Windows because of the wide range of options available to install and use so that they could meet their requirements. 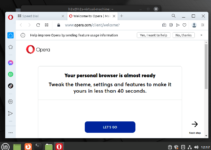