As we know unlike Windows, Linux systems don’t create desktop shortcuts for each application installed on them. Thus, if we want them, have to add them manually and the same goes for the XAMPP desktop shortcut on Kali Linux.

We already have shown the steps to install the XAMPP server on KALI Linux. And if you do not want to access its management panel, again and again, using the command terminal then create a shortcut.

The steps are not only applicable for Kali but also for Ubuntu, Debian, Elementary, and Linux Mint.

Although we can use the Graphical method to create a Xampp manager shortcut, however, the command line would be much easy and quick. You can access the terminal from the KALI applications or just by using the keyboard shortcut that is CTRL+ALT+T.

Now, we need to create a file that will use as a Desktop shortcut in which add some entries that will let the system to execute and launch the XAMPP application.

Inside the above-created launcher file, copy and paste the below entries which define the type of the shortcut, path to execute along with the icon. 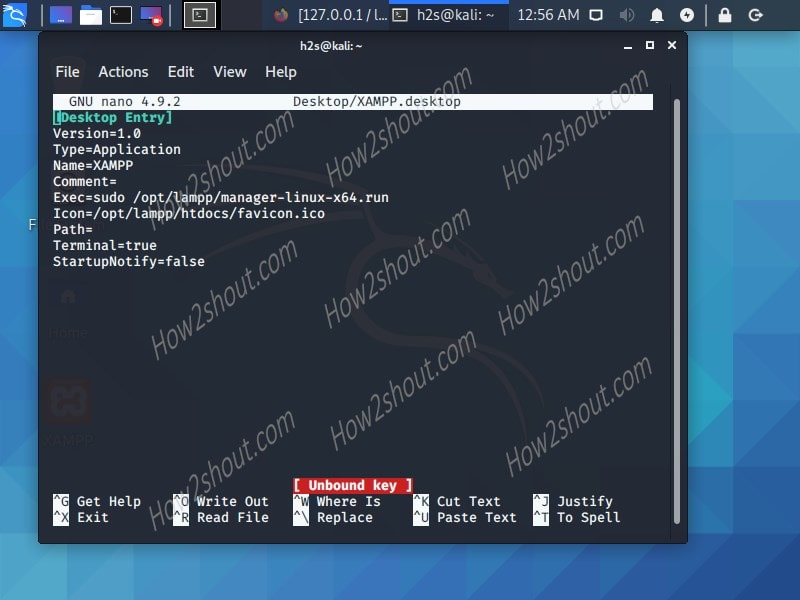 Run the XAMPP from the Desktop icon

Finally, you will see the icon of this LAMP server application on the Desktop of Kali. Double click on that in order to run it. 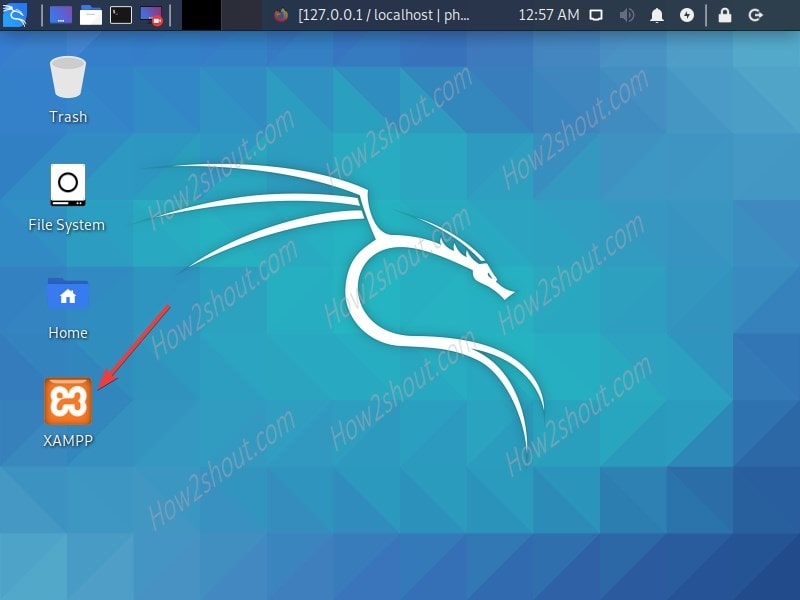 The system will ask you, would you like to mark this file as executable or just launch it. Click on the “Mark Executable”. 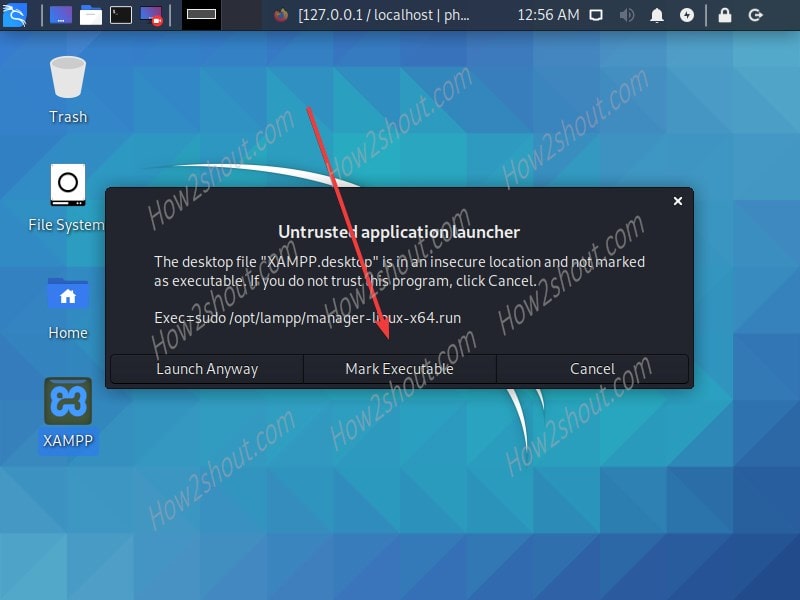 To run the application, Kali will ask you to enter your user password. Give that and the XAMPP application will open from where you can manage your servers to stop and start them graphically.

Extra info: use the command line to stop and start XAMPP server services

If you quickly want to stop and start its Apache, Mysql, PhpMyAdmin, and FTP services then simply use the below commands: