Technology has changed the way we do different tasks nowadays. A decade or half ago, after arriving at an unknown place, we used to ask the strangers for directions and the availability of some food nearby. But today, it is better to ask Google Maps about the same. The first thing most users do after reaching a new place nowadays is they open Google Maps to find a place to rest. Well if you travel a lot, Google Maps is already a boon for you, and we all are thankful to Google for offering such a service. But just like everything isn’t perfect at the beginning, Google Maps still isn’t. But it is improving byte by byte every day.

Recently Google introduced a new feature in Maps, which can be handy to plan your next trip when you are already following Google’s instructions for driving to your current destination. Well, things used to be different before the introduction of this feature. When you used to follow Google Maps, searching for any other place wouldn’t have been possible without disturbing the current navigation session. But now, with the introduction of the new feature, you can search for the nearest restaurants or other venues without disrupting the current session. This feature is really handy, and users have been begging this feature for quite some time now. How this feature is going to make a difference will be evident from the below screenshot. 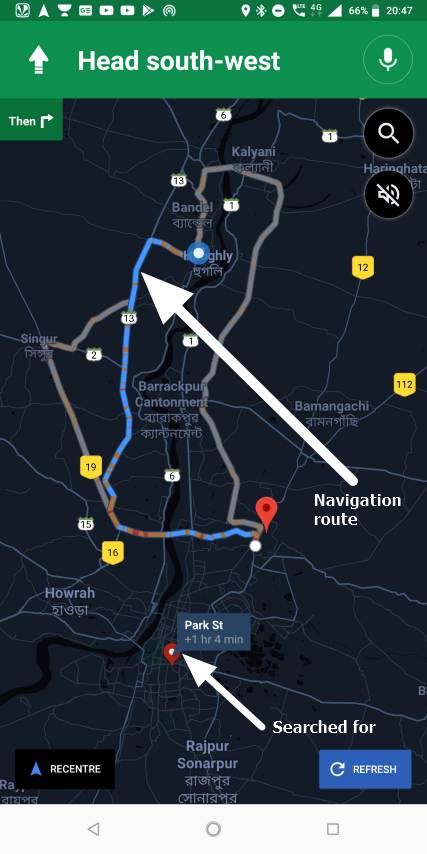 One thing which already been there is the floating navigation at any little corner of your display, giving you enough room to play with other apps without exiting or disrupting the current navigation. This can be handy if you really have something important to do on your way to the office and cannot listen to driving directions for some reason. What exactly I am talking about will be evident from the screenshot down below. 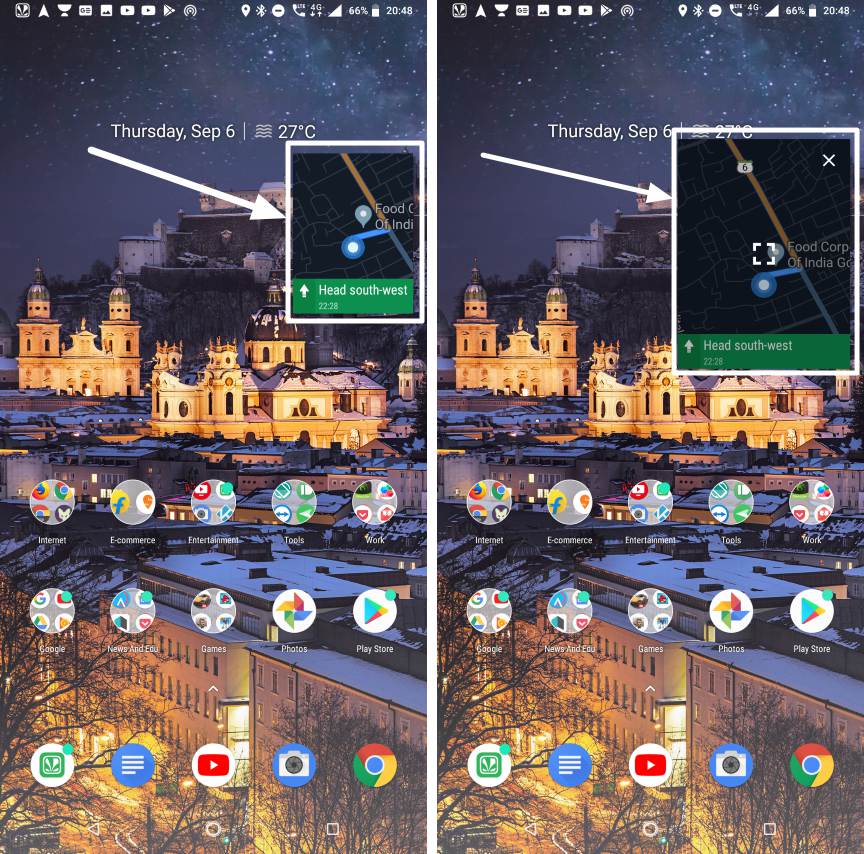 This feature is not limited only to Google Maps. It is applicable to most or all the apps, which is based on the Google Maps API. I just found my tasty food getting delivered to my workplace today at a corner of the screen, after tapping the back button multiple time.

I am really waiting for the other cool features to come in Google Maps. One of them is the augmented reality feature that can be handy to correct the driving directions, if any, by pointing the smartphone camera to a building or any other construction in front while using Google Maps. The feature was much highlighted in the Google I/O 2018. The feature should be made available by Google soon, though I am not sure, when exactly it will be available on the platform.

Whatever, this newly introduced feature in Google Maps should make the life of commuters a lot easier. Hope the small information was helpful for you. Have questions? Feel free to comment it down below.

How to check WordPress / PHP memory limit of a website