According to “Washington Post” reported that Whatsapp co-founder and CEO Jan Koum has recently been confirmed to have left Facebook, Koum’s departure is due to Facebook’s opinion in protecting user data privacy.

After the Washington Post reported that he planned to leave, Koum wrote in an article on Facebook: “It’s time for me to move on.” According to insiders, Koum has been managing Facebook and WhatsApp. Inform his decision. In recent months, Koum has rarely appeared in WhatsApp’s office.

In 2009, Yahoo’s former employees Koum and Acton founded WhatsApp, which charges users an annual fee of 0.99 USD. By 2014, this small company had nearly 500 million users. Because Facebook is now looking to expand its social network overseas, it caught Zuckerberg’s attention. 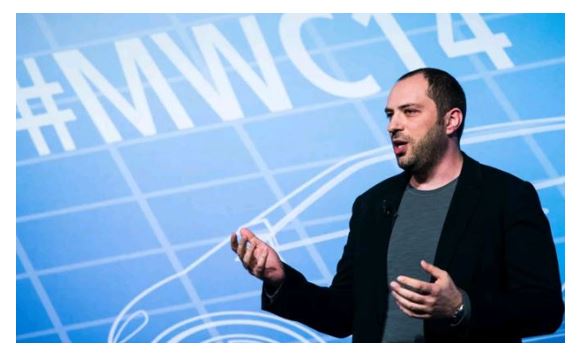 After dinner at Zuckerberg’s home, Zuckerberg made a proposal to WhatsApp to make Acton and Koum instantly become billionaires.

However, Koum and Acton have been big believers in data privacy protection and have previously publicly criticized the targeted advertising model. In the 2012 WhatsApp blog post, they wrote: “No one will be excited to see more ads; no one will think of the ads that will be seen tomorrow.” They described online advertising as “the destruction of aesthetics, Insult to intelligence and interruption of ideas. ”

Therefore, maintaining the independence of user data has always been an important part of the three chapters of Koumo and his co-founder Brian Acton when they sold the company to Facebook. The founders stated in a blog post announcing the acquisition that “WhatsApp will remain autonomous and independent, and you can still believe that absolutely no advertising will hinder your communication.”

Daniel Ives, chief strategy officer and head of technology research at research firm GBH Insights, said: “Part of Facebook’s success is the ability to digest information and integrate it into their advertising machines to achieve profitability. However, due to the founder’s boycott, WhatsApp More challenging,” he said. “This is a large-scale cultural conflict.”

There was a conflict between WhatsApp and HowsApp to make money. Facebook canceled an annual fee of $0.99, while Koum and Acton continued to oppose this revenue model. The service still has no ads, but WhatsApp has already experimented with to make money: In January of this year, Facebook launched a tool called WhatsApp Business that allows companies to create profiles and send messages to their customers on WhatsApp. Facebook’s founders also clash with WhatsApp’s mobile payment system in India.

Another point of disagreement is WhatsApp’s encryption. In 2016, WhatsApp added end-to-end encryption, a security feature that prevents outsiders, including the owner of WhatsApp, from gaining access to information. Facebook executives want to make it easier for businesses to use their tools, and WhatsApp executives think it needs to weaken its encryption.

Although the founder of WhatsApp valued the privacy of user data so much, this good wish did not continue. Facebook forces WhatsApp to change its terms of service so that social networks can access WhatsApp users’ phone numbers. In addition, Facebook also implements consistent user features on Facebook and Whatsapp for data mining and ad serving and recommendation systems.

According to informed sources, WhatsApp executives are willing to share some data with Facebook to measure who is using the service. But they are opposed to using WhatsApp data to create a unified user profile on multiple Facebook platforms, including Instagram and Facebook Messenger, and can be used for ad targeting or Facebook data mining.

People say that in the end, Koum was exhausted by the difference in philosophy. According to other sources, in the four years after Facebook was acquired, the morale of other WhatsApp employees was low and they planned to leave in November when they could exercise all stock options under the terms of the Facebook deal.

All above info which is provided by a foreign media mydrive news, they also confirmed the Acton, another founder of WhatsApp, had donated 50 million U.S. dollars to Signal, an encrypted and timely messaging application. In a recent blog post, he announced that he was the executive chairman of the Non-Profit Signal Foundation and stated that his goal is to establish “the most trusted communications experience on this planet.” 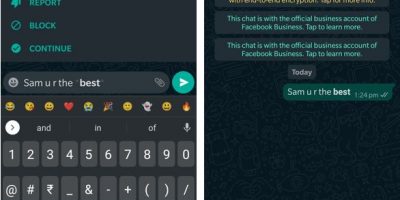 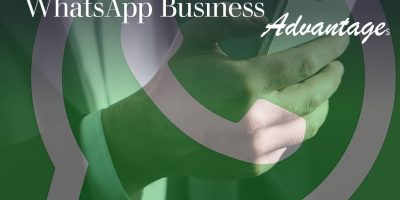 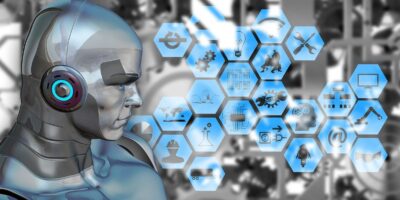