News Outlets will now register as Political Advertisers on Facebook

Lately, Showtime showcased its trailers for its latest documentary film “The Fourth Estate”. The crux of the documentary revolves around some New York reporters who cover the White House. The trailer was eye-catching. It was so beautifully portrayed that it portrayed the world of journalism most beautifully and dramatically possible. However, Showtime went through a hard time when it came to Facebook. Facebook charged the company more than 1000 dollars to promote the videos. The money was later returned with an apology note stating that since the documentary was too political, it will not be able to secure a place on Facebook. If you want a proof of the same, you can even check for yourself whether the trailers of Showtime are inactive or not. 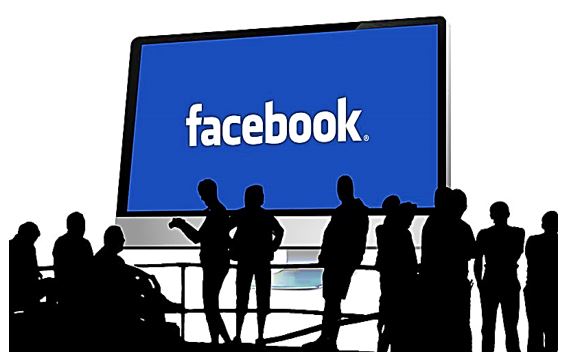 Facebook started implementing its rules for political advertising only last week. The shocking incident that Showtime encountered just a part of a wave of suspensions issued by Facebook since then. Several creative hubs have been subjects of the wrath of the organization. The aim of these new laws is mainly to steer away from the political interference by Russian trolls. As a result, there is strict scrutiny on Facebook, and all such accounts which aim to put up politically inclined content are expected to furnish verifications by the earliest. The verification stretched over several days and includes presenting a government approved ID after which a verification code will be sent to a US mailing address. These conditions are primarily means to be a minor roadblock for politically interested accounts. However, they are equally affecting those who are neutral in their stand. As a result, such sudden requirements have taken many by surprise.

This is no small news. These changes have affected some of the biggest media houses on the world wide web. A Vice News-Post on Trumps’ latest canceled trip to Korea faced a similar fate as Showtime.

This idea that the news outlets ought to classify themselves as political advertisers is controversial and a hot topic of discussion. Facebook’s very first revelation of coming up with such a policy was met with huge discontent expressed by News Media Alliance, a trade group representing nearly 2000 news organizations. It is said that Facebooks plan to put real and genuine reporting in the same bracket as political advocacy will lead to a massive setback to the democratic outlook of the platform. It is a fundamental mischaracterization of journalism. This policy attacks at the very base of free media and weakens its position as the fourth pillar of society. Facebook is taken aback by the vast criticism and is still unsure of the best way to counter these arguments.

Facebook confessed that indeed errors had been made in the initial implementation of the new law. It went on to acknowledge that it is understood that some implementation might turn out to be erroneous at their launch. However, suggestions were welcome, and Facebook is open to making the necessary changes to make sure that the new laws benefit the society. The option to report the ads that don’t have the label but should be considered political is open to the user community. The advertisers who have been affected unfairly can request Facebook to retrieve their content from the archives.

A significant number of viral videos have been subjected to the law. Many of these videos don’t even have a political motive. Brut, a New York-based publication, states that it has seen about seven of its videos blocked from the promotion. These were not politically inclined. One of them was of a man rescuing himself from a balcony in Paris. The other was how the police misbehaved with a woman in New Jersey. Moreover, some pages like NowThis and BusinessInsider have also seen their videos blocked.

One aspect of the confusion is what exactly does Facebook consider political. If we go by the definition provided in its official policy, “political” is anything which is in the interest of a nation like health. Let’s keep in mind that this definition was created to encompasses as many aspects as well. The aim was to cover a broad area of all those campaigns as well as non-campaign ads that may influence public discourse. The list of what qualifies as “political” also includes crime. Now, you can efficiently trace why the ads from news Break faced a ban. However, as long as news stories are focused on covering issues of national importance and raising general awareness among people, it is tough to see how they could be negatively affecting the political scene or even violate the policy as such.

The system is too sensitive in its approach. Even the mention of an “election” is enough to trigger it. Take for instance a promoted post from a Hawaiian fusion restaurant. It faced actions because it asked the viewers to vote in the local newspaper’s “Best of Maui” poll.

Facebook has a vast user base. There are several publishers which who utilize the services and the extensive exposure provided by this platform to reach their future customers. Melville House is one of them. It has faced the similar fate and is very frustrated regarding the same. It is indeed frustrating when Facebook’s policy is so stringent that they are taking actions even on genuinely harmless posts. Facebook cannot differentiate between safe promotional posts which are meant to raise awareness and Russian trolls who are on the platform for political motives.

However, the company’s stance seems pretty open regarding the issue. Let’s see whether Facebook makes the necessary amendments in its new laws. Will the publishers who have lost the right to publish their genuine content gain back their say? Will they be able to compensate for the losses?

Streaming your gameplay is one of the best ways to store your gaming skills and entertain the mass at the same time. We all...
Read more
How To

We come across different types of links while we access the internet and one of the best ways to save the link for watching...
Read more
Technology

A social networking site is a platform where we can connect with other people across the world with similar interest with the help of...
Read more