Nokia 7 Plus after the stable Android Pie update

Nokia 7 Plus is among that handful of devices which got the Google’s latest Android 9.0 Pie. Now all the users can download the update and start enjoying the experience of using Google’s lovely new Android Pie operating system. But not anything in this world is perfect and neither Android Pie is. After using Android Pie for a week now, I came across a number of things which are quite improved over its predecessor, while there are even some, which Nokia or Google needs to work on, to make Android Pie the next best Android. So I am not here to complain. I am just here to share my experience after 1 week of using Android Pie on the HMD Global’s premium mid-range i.e. the Nokia 7 Plus.

You can read my complete review of Nokia 7 Plus in this link. Nokia 7 Plus being one among the initial devices getting the Pie update, there are already some bugs, and I am pretty sure, they will fix them in the upcoming updates. I also came across a number of other complaints most users have, after getting Nokia 7 Plus Android Pie update, from Nokia’s official forum, but I am keeping them away, at least in this article. There can be some unit specific troubles, and bringing them here will make the article an unending list of unsolved complaints. 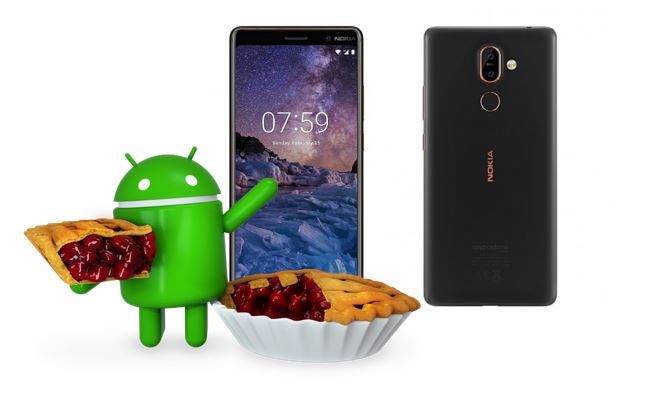 So let’s get started with the pros and cons of Nokia 7 Plus after the Android Pie update.

So those were the pros. I will better call them improvements instead of pros though.

Now let’s have a look at the cons of Nokia 7 Plus or the problems I started facing after the Pie update. Android Pie is still Google’s 6 months toddler, and I am sure there will be improvements. Though most of my complaints are related to the user interface.

There are some other UI bugs as well. The information on the notification toggles are sometimes too congested, making some part invisible, overlapping of the app drawer on the recent task screen are a few of them. I didn’t face those problems very often, and is thus, not adding any relevant screenshots.

So those were the cons.

I don’t know, whether giving a verdict here will make any sense or not. You should surely upgrade to Android Pie because it is better. The Android Pie update also updates the handset with the latest September 2018 security patch, which is essential. I don’t know, whether Nokia is reading this article or not, but the improvements should be made as soon as possible to allow the users to enjoy Android Pie on Nokia 7 Plus to the fullest.

What are your views about the stable Android Pie update on Nokia 7 Plus? What are the issues you have faced after the update? Feel free to comment it down below.

Few Other resources to read:

7 Different ways to transfer files between your computer & Android device

Our smartphones are pocket computers nowadays and we can accomplish almost every small task on our smartphones. With the help of cloud computing and...
Read more
How To

One of the most fundamental thing in this universe is time. Even in our daily lives, we constantly need to race against...
Read more
Technology