Wine 4.0  recently announced by the Wine’s developer team. Those don’t know about Wine it is an emulator for Linux operating system to run Windows app and program. The Wine team has announced in the public press release that with efforts of developers about a year they have done around 6000 changes and improvements.

The main additions we can see in the Wine 4.0 are: 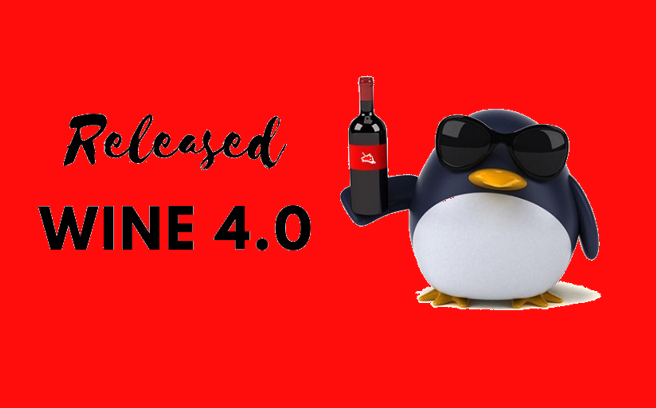 The developers have given the support to Direct 3D 12 which requires vkd3d library, and a Vulkan-capable graphics card. Multi-Threaded Command Stream feature is enabled by default.

Other features those are now available on WIndow 4.0

Furthermore, to support high res displays, the DPI awareness and scaling of non-DPI-aware applications is implemented. However, currently, only on Android, the Wine 4.0 can actually scale the window contents
Scaling is disabled by default and can be enabled by setting the “DpiScalingVer” value under HKEY_CURRENT_USER\Control Panel\Desktop.

The preloader is implemented on macOS, for better address space
layout compatibility.

To know more about the enhancements have done with Wine 4.0 see their official blog.

See: How to install Wine on Ubuntu or Linux Mint using Terminal To Run Window Apps

6 Best ways to run Windows programs on Linux or MacOS

How to install Winbox on Ubuntu and Linux Mint