Hike Total, a disruptive technology service developed by the Hike developers to prove that we are really on the path of making a “Digital India”

What would happen, if you are in some place without Internet? Or traveling to some village where internet connection is poor or not available. You might be felt totally cut-off from the rest of the world, as you are not getting important messages or other internet services.

You might surprise to know that in India where total villages are 649481 (according to Wikipedia), still most of them are living without the internet connectivity and smartphone?

Also according to the Hike’s blog post, the total population in India is 1.3 billion out which the 750 million are unique mobile users. If you further segregate the total mobile users then approximately 350 million are feature phone users and rest of 400 million falls under the smartphone category.

Since so long, the Indian mobile users were struggling with data packs, then how we can expect a smart nation in the current situation. But after creating a barrier for other telecom operators and a blue ocean for Indian telecom users, the Reliance JIO is a real game changer to make Digital India.

There are still many challenges that exist in the country to bring the remaining 1 billion users online. With the data growth over the last 18–24 months, we witnessed tremendous growth of 200M data users. However, a massive gap still there; why aren’t all 400M users using data?

The answer to this, we might get from the Hike’s Total initiative. Recently the Indian Messaging App Hike announced a new platform called Hike Total. In short, the Hike has found a new way to reach out to users on slower mobile networks.

Contents hide
Know Everything about Hike Total and how this new Technology Works?
What is Hike Total?
How Hike Total Works?
What Type of Services Hike Total offers?
How do I get Hike Total?
All the Hike Total services are free or there are some limitations
Data packs available on Hike Total
How to purchase data packs on Hike total and what is the benefits of Hike for providing free services?

Know Everything about Hike Total and how this new Technology Works? 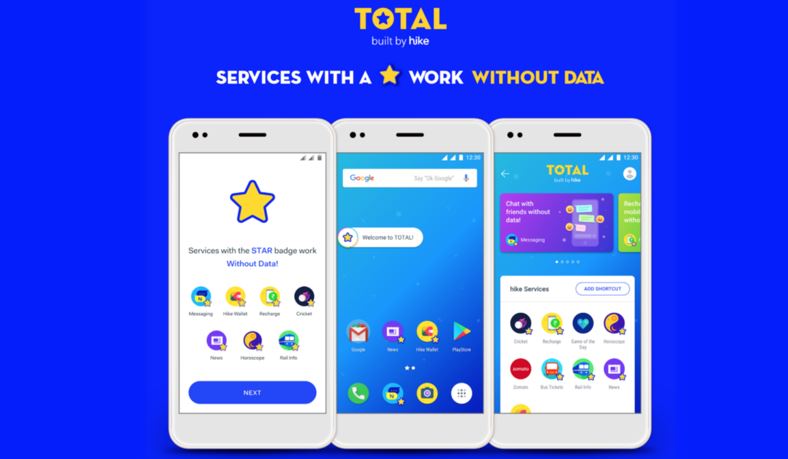 What is Hike Total?

The Hike Total is a hardcore integrated service on the top of the Android OS to enable the Hike Messenger and few other services without an active Internet connection. Basically, it is a customized version of the Android operating system by altering and adding some components on the Stock Android OS. It is built on the top of Android Nougat 7.0 and will available in 8 languages– English, Hindi, Marathi, Kannada, Tamil, Telugu, Malayalam, Gujarati, and Bangla.

The essential services which Hike Total let the user access without internet are Messaging on Hike Messenger app, News, recharge, Check PNR status and more. Also, it provides data packs as low as Re 1. The Hike Total will really dramatically change the user experience of using Smartphone.

It sounds crazy that how can it possible to Chat, News, check Cricket score, Recharge, Wallet and use other services without an internet connection? It seems like magic but it not, under the carpet of the Hike Total, it uses a very primitive technology that supported and exists in almost every GSM phones from very long time. The intuitive user interface of Hike Total works on their proprietary technology that based on USSD (Unstructured Supplementary Service Data) protocol.

Have you ever dialed USSD code to check the prepaid SIM mobile balance? For example *121#. If yes, then you are using this technology from very long time upon which the Hike Total is based. The USSD protocol is not limited to just check the mobile balance only; Most of the telecom operators offer a large set of service work over the USSD codes but without any user interface. It is very difficult for a normal human being to remember all of them.

To streamline the USSD complexity and offering the services free of cost without the need of Internet, the Hike offers the Total. It uses a certain group of USSD codes to enable different services along with a protocol called UTP (Universal Transfer Protocol) and blending of these two protocols feasible the existence of  Hike Total.

The Hike Total offers multiple services such as News, Cricket, Rail info, Recharge, Wallet and Chats Messanger (only via Hike Messanger app). Right now these are some services available on the Hike Total but according to the Hike, they will add more services in the future including Bollywood, Astrology and Devotional content.

How do I get Hike Total?

The Hike Total is not an app that you can download from the Google Play store, it is a complete custom version of Android OS. To get the Hike Total you need to buy the smartphone those are running on the Hike Total custom OS.

As far the Hike has partners with two Indian smartphone manufacturers Intex and Karbon to carry Total and its services. Hike Total is available on 3 Intex smartphones Intex Aqua Lions N1, Intex Aqua Lions T1, Intex Aqua Lions T1-Lite while the Karbon with the same services has only one —Karbonn A40 Indian. All these devices hit the market on the starting of 1st March and start at the price of Rs 3000 in India.

Commenting on the partnership with Hike, Mr. Keshav Bansal, Director, Intex Technologies, said, “Internet penetration in India has got accelerated with the spurt in smartphones adoption, however, still a majority of mobile phone users can’t access the internet or are vary of using data packs. Looking at this segment of first-time smartphone users & the next wave of people adopting smartphones, it is important for Intex to not just launch affordable smartphones but also make it easy for the new set of buyers to adopt internet services swiftly & easily. By partnering with Hike for its new TOTAL OS, users will get access to apps for daily needs like digital payments, recharges, cab bookings et al without internet anytime and anywhere. With this, Intex is taking its mobile services a step further where consumers will be able to get customized & differential data packs cheaper than open market offers.”

Yes, all the services of Hike Total are free across all the Intex and Karbon smartphones but some service at some level needs the Internet such as Messaging. Although, the messages are totally free and work without the Internet even the stickers in the Hike Messanger. But to send or receive photos or other media files you need the internet. However, Hike also solved that problem by offering Data packs at Rs 1, isn’t it great!!

So, whenever a Hike messenger user on the Hike Total Platform send or receive photos, music, or make video/VoIP calls the phone will prompt and says this operation requires an Internet connection and shows a list of data packs to choose from.

Chat on Total Without Data

In an interaction with Mr. Nitin Goel– Head of Digital Services in INTEX, told us that the main reason of why still most of the Indian smartphone or mobile user not using the Internet and other online services because of four main reasons:

Apart from these main reasons, there are lot people in tier 2, 3 & 4 cities don’t have enough money to afford the costly telecom operators data packs. In such situations, the Hike Total like services not only opens a way for them to walk along with Digital India shoulder to shoulder but the notable thing is at no cost.

He also mentioned that they have worked extremely closely with telecom operators to enable the USSD technology and Data Upsell on Total. Currently, the Hike has partnered with Airtel, Vodafone, Aircel, and BSNL those share around 42% of the telecom market. And other operators would be on the board in the future.

So, the data packs available on the Hike Total are offered by the companies mentioned above and it starts at as low as Rs. 1 for 20MB of data.

As per the Hike, roughly 20MB of data pack is good to receive 100 photos or listen to 5 songs or watch 4 minutes of videos. 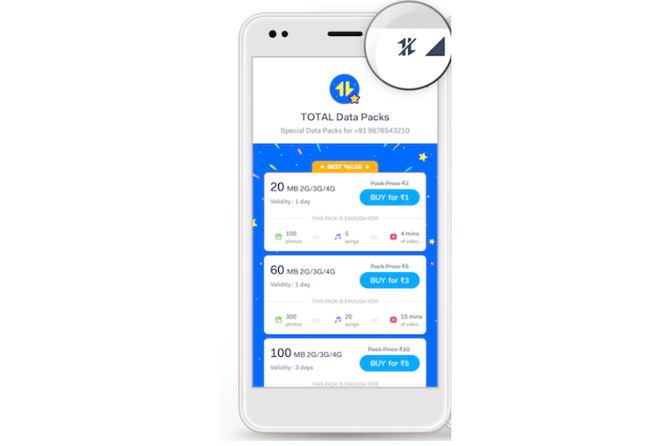 UPI on Total Without Data

How to purchase data packs on Hike total and what is the benefits of Hike for providing free services?

The data packs offer by the Hike Total built-in service can only be purchased using the Hike’s Wallet. Now the question how you will get the money in your Hike Wallet? The answer is pretty simple using the UPI over USSD which is another free service of Hike Total.  To get familiar with the Hike Total, the company offers Rs 200 to their customer to get started once they complete the KYC process.

Coming to another point what will hike get? As we know the most of the India peoples use the WhatsApp and it’s been difficult for Hike to monetize its messenger alone and acquire the strength of WhatsApp users. In that case, the Hike Total can prove a potential way to give tough competition to WhatsApp, especially in Tier 2 & Tier 3 cities.

The main revenue model of Hike Total depends on the commissions they will get on the sell of data packs. According to the Hike, once people start using the data they become more familiar with it and after get addictive, they start spending more and more… But don’t forget the data packs are the secondary things and all other basic needs of a Smartphone user, they are accomplishing free of cost. 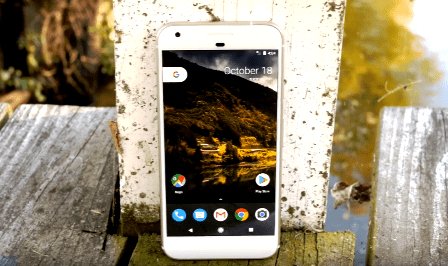 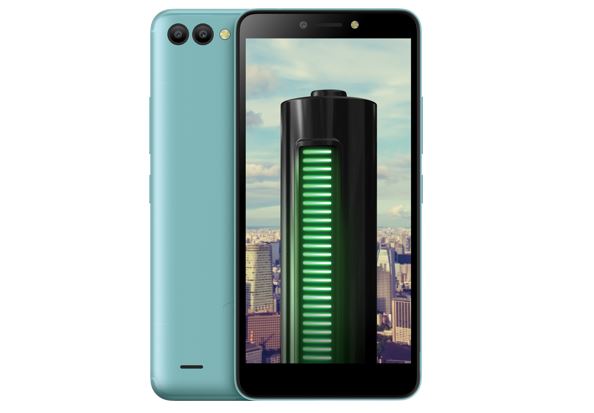 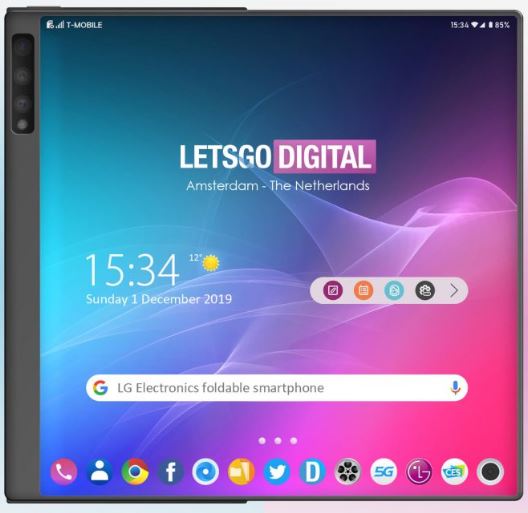