The India has becomes a second largest smartphone market in the world. Whereas the Smartphone manufacturers still defending their products by playing around RAM and Storage. To know what really is the Indian users want, a survey was done by the MoMagic Tech in which they have found that the 44% people those participated in the survey want a better capacity mobile phones. This showing that most of the smartphone even the several flagship phones in the market are still unable to tackle this key issue.

Note: The percentage shows here is based on the people responded to the survey.

Also, the report released by the MoMagic Technologies on buying patterns of mobile phone buyers across India was revealed that only 8% of the buyers bothered about the screen quality.

Now, due to Reliance Jio’s cheap 4G plans, forced other data providers to reduce the 4G plans too, makes the Indian Smartphone buyers move to 4G phones. According to the survey report the 56% people are now using the 4G phones, followed by 3G at 34% and just 7% were using 2G.

Mr. Arun Gupta, Founder & CEO of MoMagic Technologies commented “4G Mobile internet penetration in India is happening at a rapid pace and at very low price points customers can experience 4G speeds. This has led to faster adoption of customers to shift to shopping on e-commerce apps through mobile phones and this trend will continue to go up”

Also, the survey shows that despite being low mobile data rates still the 41% surveyed users limit data themselves and 28% of them do not either limit or monitor data usage.

The Indian Smartphone buyers have enough awareness about the technology used in the smartphones and that’s why mobile processors brand has started to play a key role in their buying decisions. As per current smartphone market and survey, while purchasing a phone, 46 percent pay attention to a processor brand name while 21 percent consider the phone design and camera quality and only 12 percent pay attention to screen quality of a Smartphone. 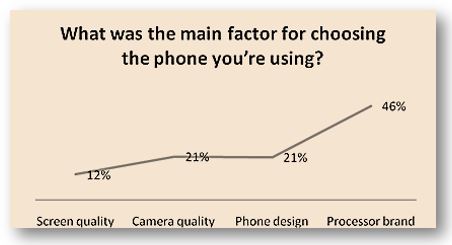 Some Other Survey Reports on Mobile Buying Trends by MoMagic Technologies 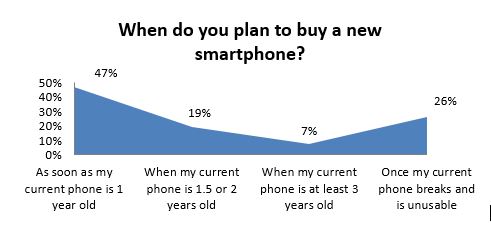 Google Search is Now User Location Specific Instead of Domain

20 things become less popular or usable due to Smartphones