Many people have heard that the batteries powered vehicles. The batteries used in such vehicles, generally, are divided into two categories one is made by Ternary Lithium and other is using Lithium iron phosphate. So, what are the differences in performance between these two different materials? What caused these differences? The field of lithium iron phosphate batteries in the past has begun now turn in to large-scale development of ternary lithium. What is the reason for this?

The structural principle of lithium battery 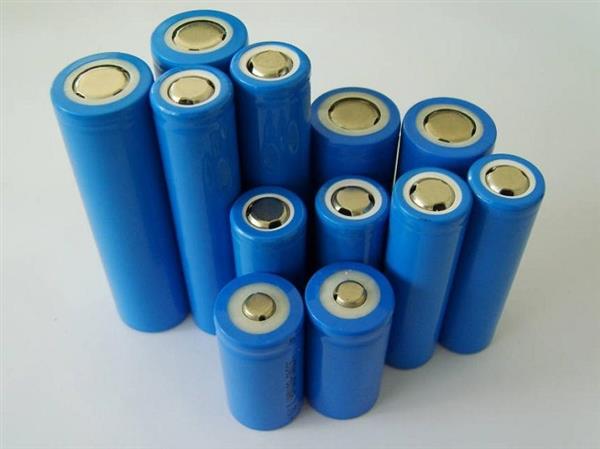 If you have seen a car lithium battery cell, you must know that its appearance is similar to our usual AA or AA batteries but the size is slightly larger and different in shape. We can see the positive and negative terminals of the battery and the outer casing of the battery from the outside. But what are the basic structure and working principle works inside the battery?

The inside of the battery is mainly composed of three components:

If you disconnect the externally connected appliance to the battery, it will stop discharging because the flow of electrons has stopped and so does the movement of the ions through the electrolyte. And the same case when your battery gets discharged, the flow ions has stopped which indirectly also cut off the supply of electrons and you not able to use the device the running on the battery.

For the safety of lithium ions because it recharging capability it comes with an inbuilt controller to control the way of charging. It avoids overcharging and overheating that sometimes cause exploding of the batteries. 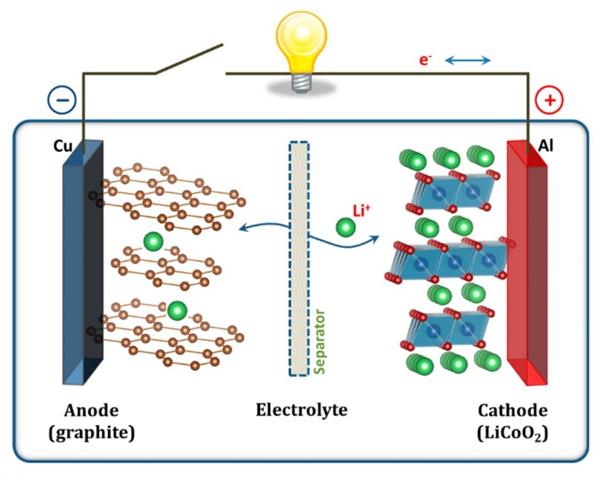 In the field of conventional lead-acid batteries, the electrolyte is made of dilute sulfuric acid which is extremely low in cost. This is also why we sometimes need to fill the new battery with a liquid when it is first used. This liquid is the electrolyte. Since the main component of dilute sulfuric acid is water, water can be electrically conductive under the action of acidic particles, so that a current loop can be formed inside the battery. However, due to the poor conductivity of water, the voltage of traditional lead-acid batteries is less than 2 volts, and the lithium batteries we use can reach a voltage of 3-4 volts for a single cell, so lithium salts are needed to replace traditional water-based electrolysis ( liquid).

The performance difference between lithium iron phosphate and ternary lithium 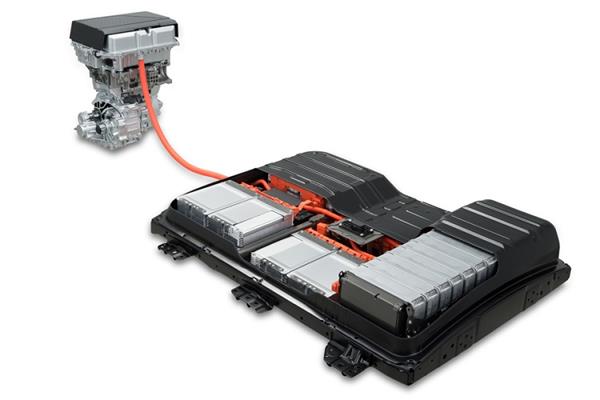 However, lithium iron phosphate also has two disadvantages that cannot be ignored: the first is that the energy density is relatively low, the weight is large and the volume is large; the second is relatively sensitive to temperature, and the charged amount will decrease significantly in the low-temperature environment.

The are two main elements the ternary battery, namely nickel-cobalt-manganese and nickel-cobalt-aluminum, among which the combination of three elements of nickel-cobalt-manganese is the most representative. It combines the advantages of lithium cobaltate, lithium nickelate, and lithium manganate, and actually combines the three materials together. Therefore, its comprehensive performance is better than a single material, and its energy density can exceed 200 watt-hours/kg, so the energy density is the biggest advantage of ternary lithium.

However, contrary to lithium iron phosphate, ternary lithium is less safe and has a maximum temperature tolerance of 250-300 degrees. Therefore, in the event of impact or puncture, it is easy to cause a fire and explosion. Therefore, the cooling system, as well as the thermal management system of the entire battery pack, requires higher cost development and design.

What is a paper battery? A paper battery is a simple, flexible, and a lightweight electronic device, which performs the functions of...
Read more
How To

Why mobile phones heating up and draining battery? How to solve this problem?

Nowadays, smartphones are becoming more and more popular. But after bursting of the Samsung phone because of overheating everyone is very concerned about the...
Read more

How to enable Virtualbox nested VTX/Amd-V

Do you want to run Virtual machine inside a Virtual Box VM then you have to enable the nested...
Read more

Top 10 podcast apps that you should download on your Android

Video-on-demand platforms like Netflix, Prime Video, Hulu are pretty popular among users, and I don't think I need to...
Read more

Most of the Indians are crazy about two things, Bollywood and cricket. We can see that most of the...
Read more
- Advertisement -

How and Where to Find All 20 Bobbleheads in Fallout 4

Fallout 4 was released in 2015, but as an ever-green role-playing game, it is still a hugely played game...
Read more

Among the Destiny 2 players, there is a big question about the unlockable Exotic Fusion Rifle. In this article,...
Read more
- Advertisment -
- Advertisement -

We are advancing very fast in the world of...
Read more
Technology

Technology has brought a very drastic change in our...
Read more
Technology

Data is like money nowadays, and in the coming...
Read more
Technology

How to make an Arduino-based alarm clock using a DS3231

Project Overview This project is about making an Arduino based...
Read more