An infant living on breast milk; young children, teenager or an adult, for all of them, milk is a good source to full fill the nutrient requirements of the body. Here are some good milk alternatives for toddlers and adults.

Dairy Milk is a common option to get calcium and protein not only for toddlers but also for adults. However, one thing which is common in Diary milk (Cow and buffalo) is Lactose. It is kind of sugar that is present in milk and so many people have intolerance towards it. That’s why parents keep looking for milk alternatives for toddlers or infants because they hardly eat solid food.  According to the BabyCenter website, the parents should wait at least 12 months after baby born then they should introduce cow’s milk because it is difficult to digest as compared to breast milk.

We can’t simply remove drinking milk habit from our lives even if we have intolerance towards the Cow’s milk. Instead of Cow’s milk, which is a complete food, we can find some substitutes with multiple vitamins and other nutrient facts. However, due to some medical reasons, one can look into best non-dairy milk for toddlers given below but still, they are not equal to Cow’s milk.

Disclaimer: All mentioned milk alternatives for toddlers cannot be fulfilled the nutrients demands solely as the Cow milk does. So, it better to complement the intake of below milk with other sources. Also, before going for any of them, first, consult your doctor.

It is not green in colour and even doesn’t taste or smell like Pea. It made by harvesting yellow pea and then milling into flour. After that, the companies separate the protein from the fibre and starch. Once they got the protein they blend it further with water and other ingredients, including sunflower oil and sea salt, as well as vitamins like B12. Pea milk has a sweetened version too created by adding organic cane sugar. It has the same amount of protein and 50 percent more calcium plus dairy-free, egg-free, gluten-free, soy-free and nut-free. It is getting popularity and also one of the great milk alternatives for toddlers and adults. For more info about see this Washington Post.

In western countries, Goat milk is not that much popular but it is really healthy. And if someone is unable to digest the Cow’s milk or parents having a toddler with constipation looking for milk alternative, should give try to Goat milk. If this will not work then move for some other alternatives.

Goat milk is enriched in protein, calcium, magnesium, phosphorus, potassium, and vitamins A, B2, C, and D. It has A2 beta-casein which is healthier than the general cow’s A1 beta casein. Also as different surveys, the lactose intolerant people claimed that they feel relief from the bloating effects of Cow’s milk when they take A2 beta casein milk.

In 240 ml of hemp milk, it gives around 83 calories, 1.3gm carbs, 4.7 gm protein, 7.3gm fat, 2 percent of calcium required daily by a body, and 7 percent of Iron.  It is a pretty much good alternative because of the nutrient values. The Hemp milk is made by blending water and seeds of the hemp plant (Cannabis sativa). It is easy to digest and a good source of essential amino acids need by a body from food. It is completely safe from the age of about seven months, so one can think about this milk alternative for toddlers out of others.

Coconut milk is a popular alternative of milk to those kids suffering from milk allergies. It is good sources nutrients, around 250gm coconut milk contains 5gm of protein, 552 gm calories including fibre and Vitamin. But for calcium, the parents need to add some external source food into their toddler’s diet, if they go for Coconut milk.

Almond is available is any part of the country and everybody aware of its benefits too. It is a good source of protein, fats, carb, and Vitamins plus low in calories. Almond Milk is also easy to prepare at home if you don’t want to buy it from a supermarket.

However, if we compared nutrients facts of Almond milk to regular milk, then it is way too low. Another thing which is to be noted is that Almond milk is also low in calcium that’s why different companies selling Almond milk by enriching it with calcium to give it a real milk feel. So, this milk alternative is very much suitable milk replacement for people with lactose intolerance and for toddlers, if forfitied with calcium.

Just like the Almonds, the Cachew is another nut milk or milk alternative. If forfeited with calcium, cashew milk is one of the best milk alternative options. It has low calories, lactose-free, and vegan alternative to dairy milk. Now, if your question is both almonds and cashews are fall nuts category food then- between cashew milk and almond milk which one is better for you?

Almond and cashew milk both are same nutrition-wise, except the Almond milk has few extra calories upon Cashew milk.

It is a popular alternative suggestive by a lot of people and also one of the convention alternatives to dairy milk. It made by soaking soybeans in water then boiled and filtered to get the final Soy milk product. The nutrients facts of Soy milk are quite near to the Cow milk but before going for it one should confirm that there should not be any kind allergy in a child to it. It can be a great option when fortified with calcium and vitamin D.

Furthermore, it also higher in estrogen due to which it might not be that much good for males. Please consult the doctor before going for it.

It is a good and safe alternative to milk for allergic or intolerant to dairy or nuts milk, however, if one is intolerant to gluten too then he/she must prefer the gluten-free oats milk.

Like other milk alternatives, the oats contain fewer calories and protein as compared to Cow’s milk. So, before considering the Oats milk, it should be fortified with calcium and other nutrients to meet the dietary needs of your child.

Almost all Indian cows produce A2 Cow milk which is healthier and also easy to digest in juxtapose to A1 milk giving Holsteins cows. Basically, A2 milk lacks a form of β-casein protein which considered as healthy than A2. So, one should first try to get Pure organic A2 Milk before considering any Cow milk alternative.

Rice Milk can be considered as one of the good milk alternatives for toddlers but only if one has allergies even from Nuts (almond & cashew) and Soy milk. It is because though, it is good for the people those have the lactose intolerance and milk allergies, in terms of nutrients it lacks a lot. High in calories and carbohydrates but less in protein. It can be used for infants if fortified with calcium and vitamin D. But still, experts recommend not solely depend upon Rice Milk.

So, these are few milk alternatives for toddlers and adults. If you have used any of them or have some personal experience shared with us, it will help other readers a lot. The comment section is all yours!! 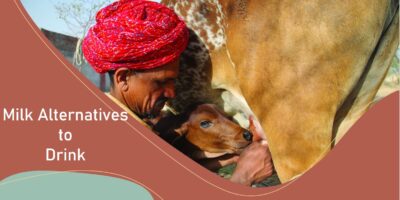 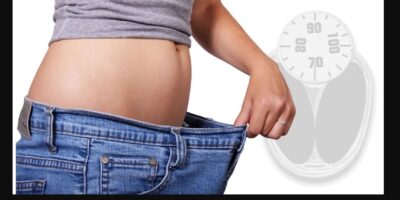