Gnome System monitor in Ubuntu meant to give insights about all the process running on your Ubuntu Linux operating system. Ubuntu’s system monitor works in the same we have Task Manager on Windows. A user can perform multiple things to manage process running on Ubuntu using a Graphical user interface. Such as access to properties, Memory Maps, Open Files- Shows files using a particular running process, Change property, Stop, Continue, End and Kill process.

The first thing to install the Gnome System monitor in Ubuntu is to run the command Terminal, for that you can directly search for it in Applications or use the Terminal keyboard shortcut key i.e CTRL+ALT+T.

After opening command terminal, here is a command to download and install Gnome System monitor on Ubuntu, if it is not available on your system.

If you want to use Command Terminal to open system monitor, use this command:

From Graphical user interface, first, go on Applications and then in the search box type system monitor. When the System Monitor icon will appear, click to open it. 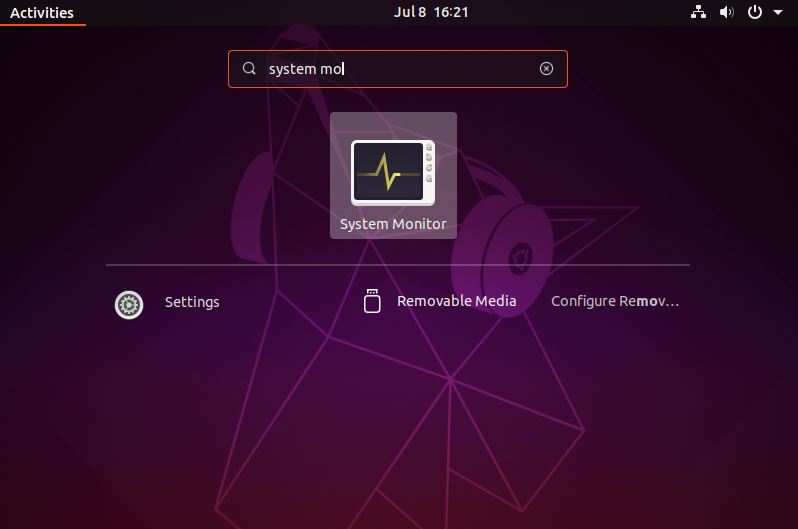 Step 4: How to use System Monitor in Ubuntu

After opening the system monitor you will get a list of all process running on your Ubuntu system. If some of it not behaving well and you want to kill it; then simply select the process right click on it and select Kill option.

Shortcuts for the Gnome system monitor options are as follow:

The Process Tab of the Monitor provides information about the Process Name, the user uses some particular process, Percentage of CPU consumed by any process, its ID, Memory consumption, Disk read in total and Disk writes in total. 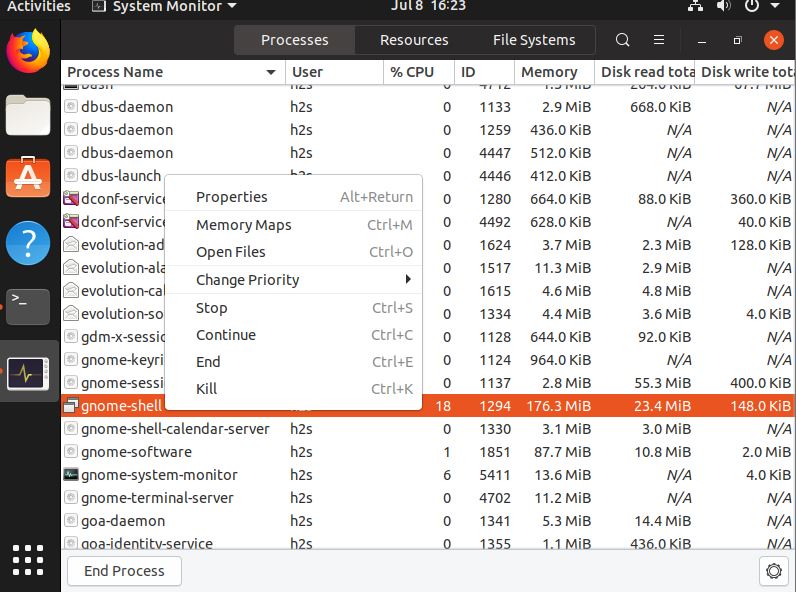 In the Resources of the Ubuntu Gnome system monitor, you will get to know about the performance history of the system by CPU, Memory and Network wise but in a Graph representation. 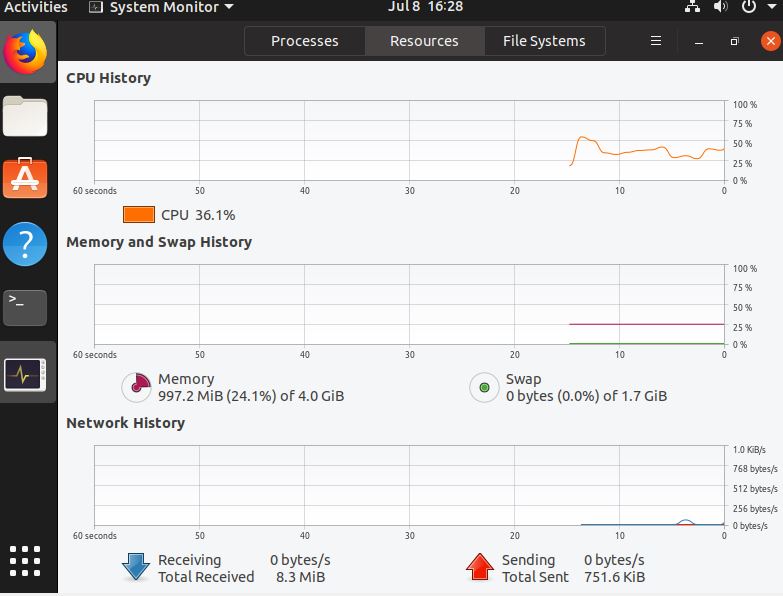 It is the last tab in the row of Gnome system monitor, which work as per its name and shows all about the currently available system on your Ubuntu computer.

It is divided into different columns that are:

At the end it also provides a graphical representation to denote the percentage of space has been used by a corresponding device. 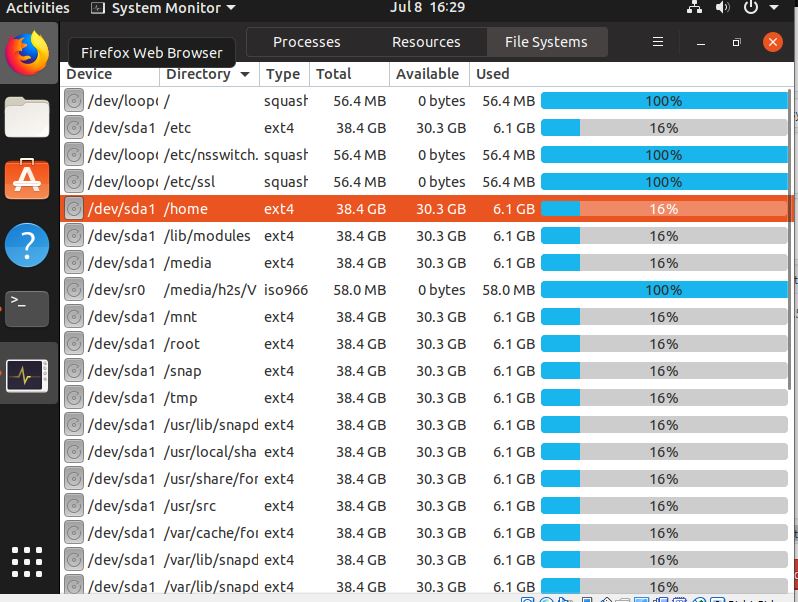 If you have installed the System monitor manually then you can remove it easily using the following command:

Set a keyboard shortcut for Monitor

If you don’t want to go different steps in order to access Gnome system monitor then simply set a keyboard shortcut for it on Ubuntu. Here is the way to do that:

Now, whenever you want to access the Monitor tool on Ubuntu just use your assigned keyboard shortcut keys. 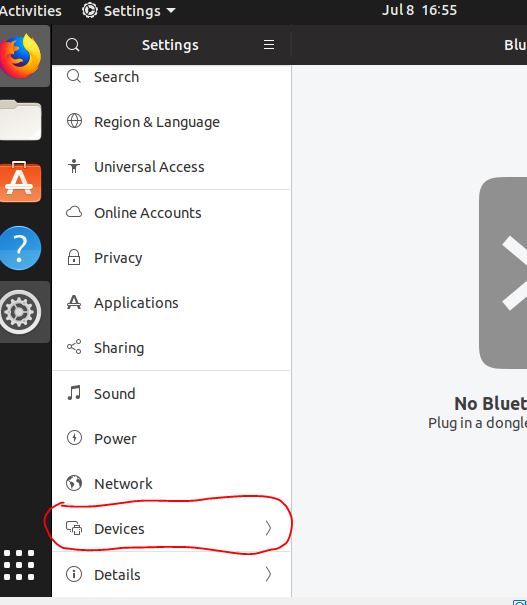 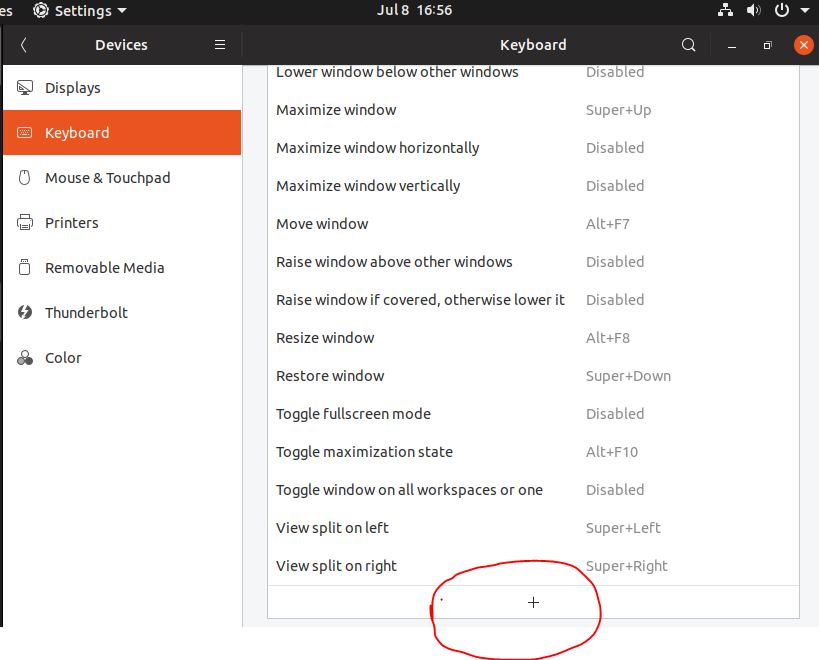 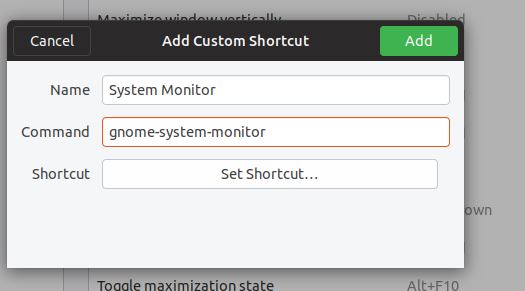 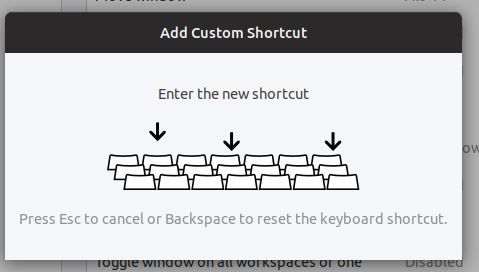 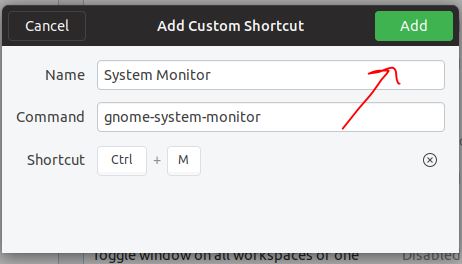 In this way, we can open and run System monitor on Ubuntu or its based Linux operating system using a single command; to help users to manage the process of the system.