For many animals, including humans, the lazy sun is a very pleasant thing, but when you enjoy the sun, it can cause sunburn. Human sun exposure may cause skin damage, and the animal’s skin will not escape the sun’s burning. If the animal’s skin is damaged by the sun, why do we not see sunburned fish or red skin elephants?

Do Animals Ever Get Sunburned?

Karina Acevedo-Whitehouse, a molecular epidemiologist at the Autonomous University of Querétaro in Mexico, said: “If you think about it, the sun will always shine on Earth, and all living individuals All have been exposed to sunlight, so this is a strong selective pressure exerted by the sun on animals, and animals have produced many mechanisms to counteract it.” 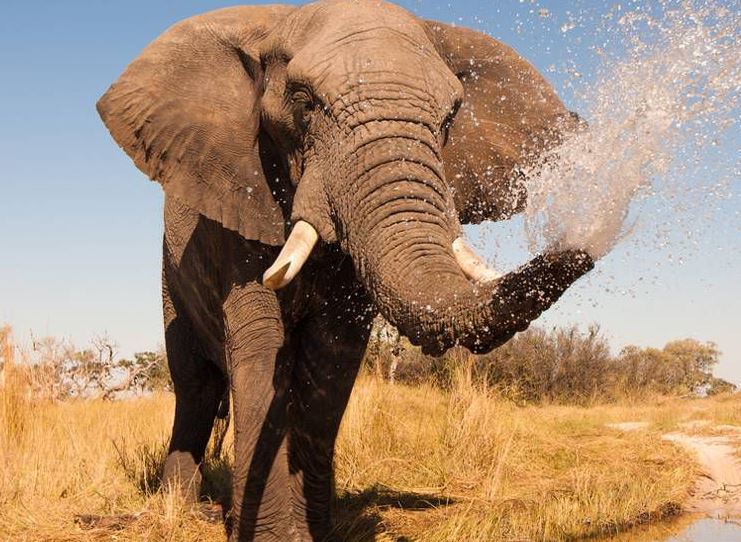 Some animal mechanisms are very clear. The hair, soft skin, fluff, feathers, and scales on the animal’s body form a barrier between the sun and the skin. These adaptations are very effective and will only fail when human intervention. For example, human-domesticated pigs have few hairs. Under the sun’s rays, their skin is more sensitive and more vulnerable than wild boars.

Animals without hair and scales in nature must take other measures of self-protection. Elephants and rhinoceros not only have thicker hides, they also often roll in the mud, covered with mud, which is equivalent to a layer of sunscreen. When the sun is very strong, many animals will hide in the shade or hide in caves. Whitehouse said: “These measures of self-protection help animals cope with strong sunlight, so we do not normally see sunburned animals.”

Taifo Mahmud, a molecular biologist at Oregon State University in the United States, discovered that some species use their own cells to create a unique “sunscreen” to increase sun protection. He found genetic features in fish, birds, reptiles, and amphibians that helped them to create a chemical called gadusol, which can form proteins that resist the violet rays of the sun. Mahmoud said: “Most vertebrate animals other than mammals have genes that make gadusol. To date, they have shown that only zebrafish can actually use this compound as a protective agent against UV rays. Currently, scientists are actively investigating how humans use this feature to prevent skin from being sunburned.”

Mahmoud said: “Why do humans and other mammals not produce gadusol? Before scientists had suggested that early mammals were nocturnal, did they lose the genes for making gadusol? We are not clear about this. I think that it will be very interesting to know whether the fur and thicker skin have evolved later.”

Mammals are also “not to be outdone,” and they have developed their own unique sun protection mechanisms. The hippo can secrete scarlet liquid from the stomata. It looks like blood, but it is not real blood. In 2004, the “Nature” magazine study reported that a Japanese research team found that the body of Hippo covered in the liquid, an orange-red chemical substance; helps the Hippo to protect them from UV damage. In addition, other animals also know how to protect the most vulnerable parts of the body in strong sunlight, for example, Giraffe’s tongue will produce more melanin because when they reach the tongue and eat the leaves, they will be exposed to the sun.

So, will the animal be sunburned? Yes, among marine mammals, especially cetaceans (whales, dolphins, and rat dolphins), because they have no fur and no scales. It is reported by Acevedo-Whitehouse –studied the skin sunburn phenomenon of the whale for more than five years.

According to a study published in the 2013 issue of the “Scientific Report” magazine, Whitehouse and her colleagues sampled the back skin of a blue whale, sperm whales and fin whales in the ocean. The results showed that when whales breathe on the sea and interact with groups and their skin has sunburn signs. But crucially, they found that whales have a special mechanism that can counteract this skin burn. Cetaceans share common suitability and they are very effective in repairing injuries.

Some whales produce pigments that make their skin grayish, and some whales have genes that trigger protective stress responses in the skin. Even some whales have formed a hard cuticle that can protect their most vulnerable skin areas. Whitehouse said: “We are very happy to see that the whales do not have skin cancer.” At present they are trying to understand exactly how the whale’s self-healing mechanism works.

From the protection of “coats,” homemade “sun cream,” and the ability to quickly heal itself, these animals that are effective against sunlight may one day be able to provide us with important information to save the skin.

How to Use Spotify music in India or other countries