LAVA,  an Indian smartphone manufacturing company recently launched a new budget Lava Z91 smartphone in the mobile handset market at the price of ₹ 9999. The new Lava Z91 falls under the popular Lava Z series and according to the company, it is the amalgamation of design and new technologies.

The Unique USP of the LAVA Z91 which is highlighted by the company is its Face reionization feature to unlock the phone, however, it is not something new under the budget range of ₹ 10,000.

The Lava technologies mentioned in the Z91 launched press release that the phone can unlocks by scanning your face with 0.7 seconds. 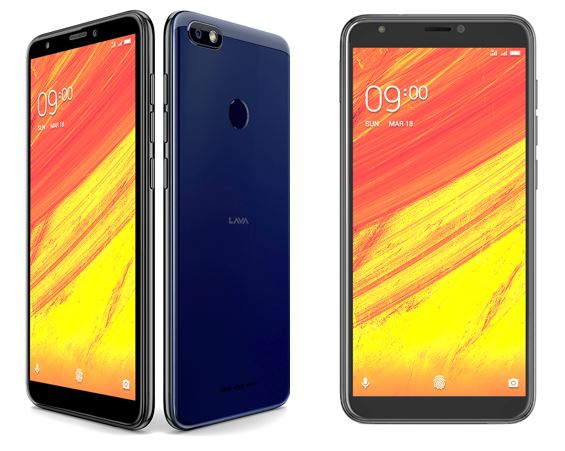 There is no Gorilla glass on the Lava Z91 but company mentioned that the glass uses on the phone is enough tough and scratch resistant to increase the phone’s life.

Under the hood of the phone, the LAVA Z91 uses the Mediatek Processor (MTK 6739) coupled with 3GB of RAM and 32GB of internal storage that can be expanded up to 128 GB via microSD card. To fuel the phone, the 3000mAh battery is there which can give 24 hours back up in one single charge, claimed by the company.

In the camera department, the phone also has good specifications such as on the rear side the camera it uses is 13 MP rear while on the selfie side an 8 MP with flash is available.

Furthermore, the Lava Z91 has a two-year warranty and bundled with a very attractive cashback offer of Rs 2,000 from Bharti Airtel. Moreover, under a special launch offer the LAVA gives free one-time screen replacement, in case screen breaks within one-year from the date of purchase.

For the Holi occasion, Lava launches A1 Colors feature phone