The form of entertainment has changed a lot since the last decade and most of us rely on the internet for all forms of entertainment, from a number of popular websites like YouTube and other Video-on-demand services like Netflix, Amazon Prime Video, Hotstar, and the list goes on. Now, it is also possible to watch those same shows on our big screens using screencasting devices like Chromecast Amazon Fire TV stick, Roku, and many more to enjoy the same with our family. Each of them has its own advantages and problems and I was using Google Chromecast for a few months before switching to Amazon Fire TV Stick 4K, for its advantages, it has to offer.

So, Without any further delay, let’s get started with the Amazon Fire TV Stick 4K review.

Let me talk about the box contents of the Amazon Fire TV Stick 4K before talking about the other features of the product. 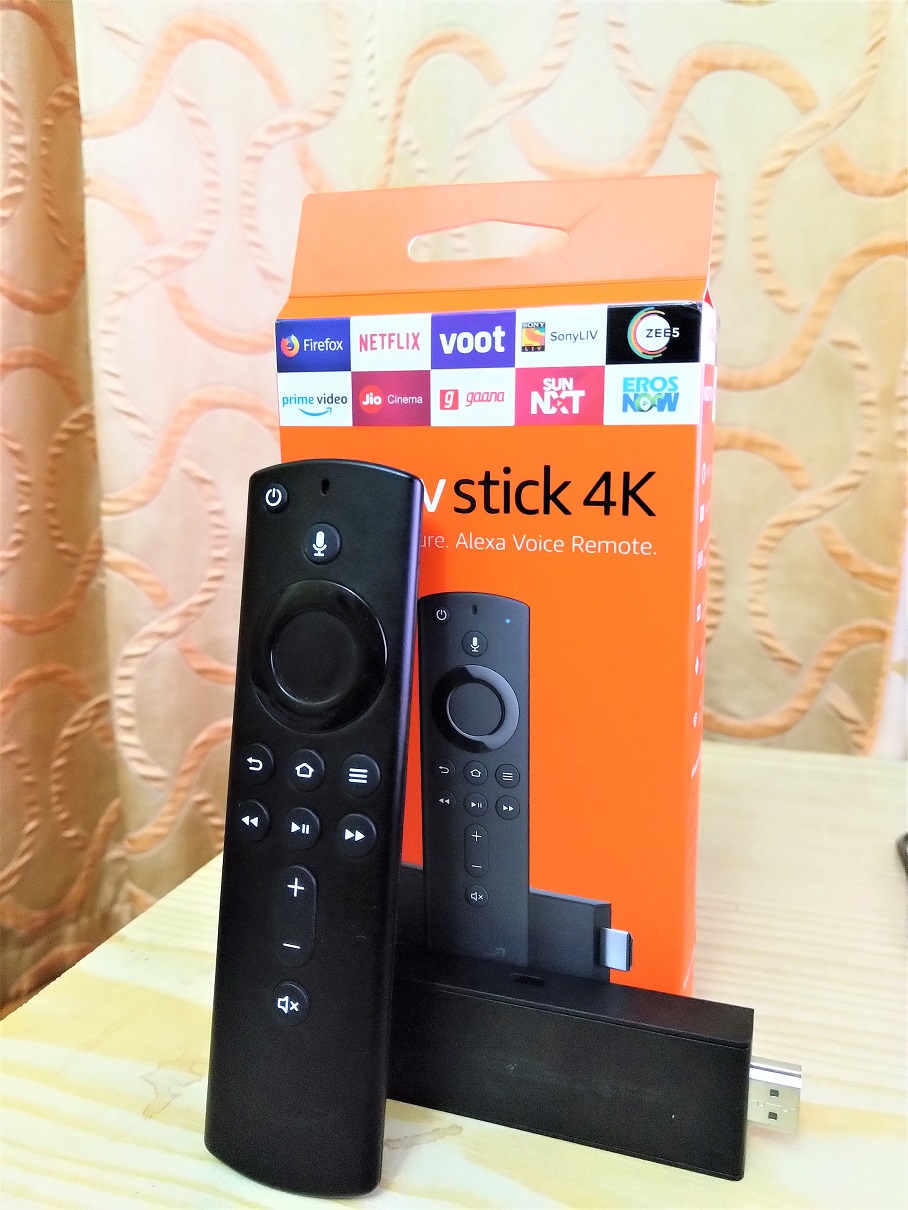 All the items that will need to use the Amazon Fire TV Stick 4K are inside the box, and will hardly need anything else to get started with the device.

Now let’s look at the features of the Amazon Fire TV Stick 4K so that you can make a decision about whether you should go for this product or not.

Let’s have a look at the pros of the Amazon Fire TV Stick 4K.

So, those were the pros of using Amazon Fire TV Stick 4K. I hope that was all for you to understand, whether it is going to be a good product for you or not.

Now let’s have a look at the cons of the Second Generation Fire TV Alexa Voice Remote or the software problems, which I think could be resolved by subsequent software updates by Amazon.

So, those were the cons of using Amazon Fire TV Stick 4K. As you can understand, I don’t have a lot of complaints about this product but still, cons are cons.

So that was all about the Amazon Fire TV Stick 4K review. Do you have anything else to say? Feel free to comment on the same below.

Technology is pushing its limits every single day, and...
Read more
Technology

Top 10 myths related to technology that you should stop believing

Today, when we talk about tech, the 90’s kids...
Read more
Technology

With more devices in our homes...
Read more
Technology