Heavy cream is a dairy ingredient which helps in adding flavour, richness and body to many dishes including casseroles, soups and desserts. There are various alternatives to heavy cream available in case you are not able to use it because of some health issues or dieting. So, check out these other substitutes of heavy cream.

Heavy cream is basically considered as a staple ingredient and is used in a variety of sauces, recipes, homemade butter, ice cream, soup and sour cream. Heavy cream is also known as heavy whipping cream as it is made from high-fat part of the fresh milk. It is made when the fresh milk is left to settle and then heavy cream rises on the top and then it is scraped off.

People who generally avoid heavy cream are the people who are either following a vegan diet or have lactose intolerance. Heavy cream is basically high in saturated fats so the people who follow a calorie controlled diet does not wish to try this. It consists of 36-40% fat higher in fat than any other variety of cream including light cream, half-and-half and whipping cream.

Many people replace the use of heavy cream by using a mixture of butter and milk. While, the people who are unable to eat high cholesterol foods or dairy products they can substitute it with pure on-dairy butter, coconut cream etc.

Since heavy cream is rich in fat and contains dairy products it is not a suitable option for everyone. To replace heavy cream with a Dairy-free substitute or a cream which contains lower fat then there are a variety of substitutes available on the market. Some of the best substitutes for heavy cream are given below.

You can easily combine milk and butter to get the best substitute for heavy cream that works for most of the recipes. Butter(wiki) helps in adding extra fat to the milk and thus making the fat percentage almost similar to that of heavy cream.

To make 1 cup(237ml) of heavy cream you need to combine 1/4th (57grams) cup of liquid butter with 3/4th (178ml)cup of milk and mix them thoroughly. If you are using low-fat milk then you can add a tablespoon of flour (8grams) to make the liquid thick.

Remember that this substitute basically works well for baking and cooking recipes where heavy cream is mostly used for adding flavour and creaminess. Though it doesn’t whip in a similar manner that the heavy cream does.

You can mix olive oil with soy milk if you want to try for a Vegan and dairy-free alternative of heavy cream. Olive oil also helps in adding fat to the soy milk for flavour and function of heavy milk in the same way as the pairing of milk and butter. For replacing the thickness and flavour of 1 cup (237ml) of heavy cream you can combine 2/3cup (159ml) of soy milk with 1/3rd(79ml) cup of olive oil.

For adding tenderness and taste in baking and cooking this substitute is the best but you should not use it in recipes which requires whipping.

You are looking for low calorie and low-fat alternative to heavy cream then this combination might work well for you. For reproducing the texture of heavy cream Cornstarch is used for making milk thick. Add 2 tablespoons (19 grams )of Cornstarch to 1 Cup ( 237 ml)of milk and stir for replacing 1 cup ( 237 ml) of heavy cream by allowing the mixture to thicken. For flashing the Calories and the fat content in your recipe you can use skim milk or whole milk. This substitute is basically useful in cooking but it might alter the texture of baked goods and it will not whip as well as heavy cream.

Butter and half and half- Alternative to Heavy cream

For many recipes which requires heavy cream, half and half cream mixed with butter can be a simple and easy substitute. Half-and-half is basically made from cream and whole milk though it has about one-third of the fat of heavy cream. You can increase the fat percentage by adding butter in half and half and that will make it a suitable alternative for heavy cream in many recipes including those also that requires whipping.

If you want to avoid adding butter in some recipes like soups and sauces you can use half-and-half to replace heavy cream. For substituting 1cup (237 ml) of heavy cream you can mix 7/8 cup (232 grams) of half and half with a 1/8th cup of melted butter.

Silken tofu like any other regular Tofu is made from condensed milk which has taken the shape of solid white blocks. You can easily blend silken Tofu into a high protein and dairy-free substitute for heavy cream because it has a softer consistency. Blend silken Tofu with soy milk that can give you a smooth texture for removing lumps. Instead of using soy milk you can opt for regular Milk or any other plant-based milk.

Combine equal parts of soy milk and silken Tofu and blend them thoroughly in an immersion blender or any food processor till the mixture attains a thick and smooth consistency. You can use this alternative to heavy cream to replace an equal amount of heavy cream for thickening your favourite recipes such as sauces and soups. You can whip it like a heavy cream by adding a little bit of vanilla extract or Sprinkle some sugar to make it a homemade vegan whipped topping for desserts.

By mixing whole milk and cream yoghurt you can easily replace it with heavy milk which will help you to thicken your recipes. Greek yoghurt can provide a healthy twist to your finished product by increasing the protein content because it is high in proteins.

You need to add milk to thin it because it is thicker than heavy cream and then you can a texture similar to that of heavy cream. By blending equal parts of whole milk and Greek yoghurt you can place it of the same amount just as heavy cream. Though this substitute can add thickness to some dishes like soups or sauces, you should not use it in recipes which require whipping. Since Greek yoghurt is having lower fat content so it cannot provide the same tenderness and flavour like heavy cream in desserts and baked goods.

Getting the best results you can substitute heavy cream with an equal amount of evaporated milk. To sweeten a desert while making it you can add a few drops of vanilla extract with it.

Cottage cheese is basically made from the curd’s of Cow’s milk and is high in many micronutrients and protein and makes it a healthy alternative for heavy cream. For adding thickness to recipes like sources, cottage cheese can be a very good substitute for heavy cream. You can simply remove the lumps after blending it with a food processor or an immersion blender. For using it in any other recipes you can simply mix it with milk which will help to replicate the creamy and smooth texture of heavy cream.

Mix equal parts of milk and cottage cheese and then blend them together until all the lumps have been removed. This mixture can also be used in place of an equal amount of heavy cream in many recipes. Make sure to pick recipes which are compatible with the cheesy and distinct flavour of cottage cheese such as sausage and savoury soups. Before adding it to any recipe you must remember that cottage cheese is high in sodium. You can adjust the amount of salt you add in your recipe or you can also opt for a lower sodium variety if you are salt sensitive.

Coconut cream acts as an amazing vegan substitute for heavy cream because it is a versatile ingredient. It is very simple to make coconut cream at home by using coconut milk and you can also purchase it pre-made.

You can make this alternative to heavy cream by simply chilling a can full of fat coconut milk and keep it in the fridge for overnight and the next day open it and pour it into another container. You can use the thick and hardened coconut cream that is left by scooping it out of the can and use it as an alternative for heavy cream.

You can use coconut cream as a substitute for heavy cream in your favourite recipes like baked goods and sweets. For your desserts, whipped heavy cream can also be used as a tasty topping or you can also use it to make coconut ice cream. The properties of coconut cream are almost similar to that of heavy cream so you must keep in mind that the flavour of your final product may be different and you should only use it in suitable recipes.

You should also keep in keep it in your mind that cream cheese might alter the texture and taste of the final product so you must make sure to use it in suitable recipes where the flavour will work together like in cheesy sauces or creamy soups.

You can try the recipe given below for making one cup of dairy free heavy cream which is equivalent to heavy cream:

This alternative will not whip like heavy cream. You can try using this alternative in various dishes for determining which combination will work best for you.

Substituting heavy cream with brown rice mixture it will not only help you to reduce the amount of fat in the dish and also the number of calories will also decrease.

For making sweet and savoury dishes cashew cream acts as a versatile alternative. Making cashew cream follow the steps given below:

For whipping cashew cream you first need to chill it and then lightly whisk it by using a handheld blender or mixture. This cream will act as a vegan substitute to whipped cream on desserts. For thickening tomato sauce or creamy soups, you can also use Cashew cream in place of heavy cream.

Pure silken tofu can act as a substitute of heavy cream in various recipes though it does not whip. For replacing a single cup of heavy cream you can add 1 cup of pureed tofu. Silken Tofu helps in adding an extra protein boost to your meal. In a hundred grams of the portion, you can get only 55 Calories and 4.8 grams of protein.

In Soups and stews, you can use pure pulses inspite of using heavy cream which will help in thickening the dish and adding fibres, nutrients and protein. In each cup of heavy cream, you can add a single cup of pureed pulses.

In savoury recipes, blended high protein White beans acts as a rich protein addition to it which provides 19.02 gram of protein in a single cup and 299 calories.

People who cannot useheavy cream can try all the alternatives given above which are also dairy-free, healthy and vegan are easily replaceable with heavy cream and provides sweet and savoury dishes with a creamy and  thick texture.

Heavy cream is substituted with Cashew cream, butter and milk mixture, pureed Tofu, beans and evaporated milk. Chilled full-fat coconut milk works as the best substitute forwhipping cream. Try to choose a substitute which is best suited for a specific meal. By substituting heavy cream you can get a recipe much lower in Calories and saturated fat without even  compromising on it’s texture or taste. 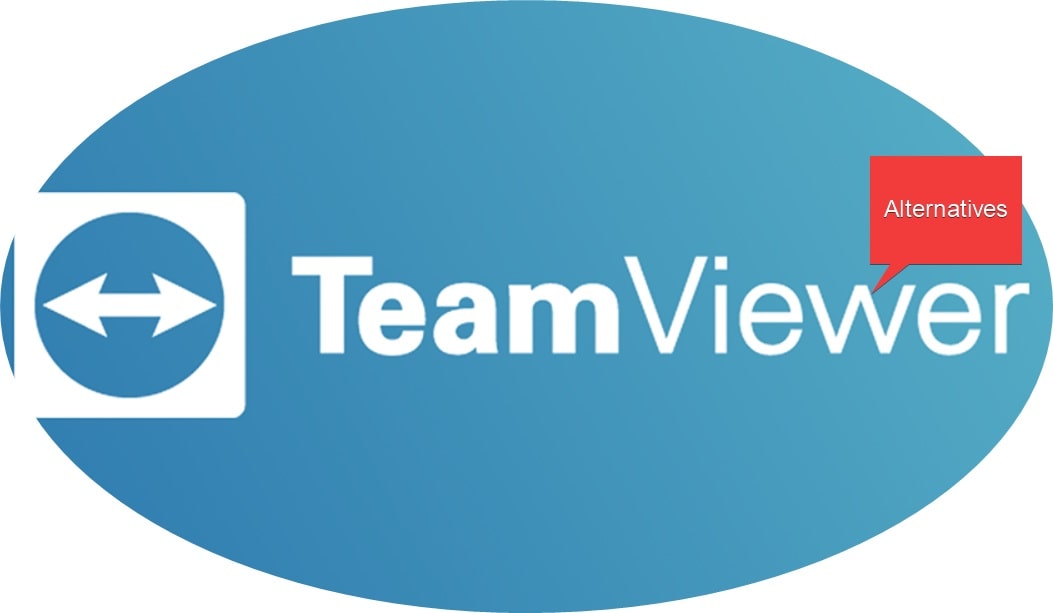